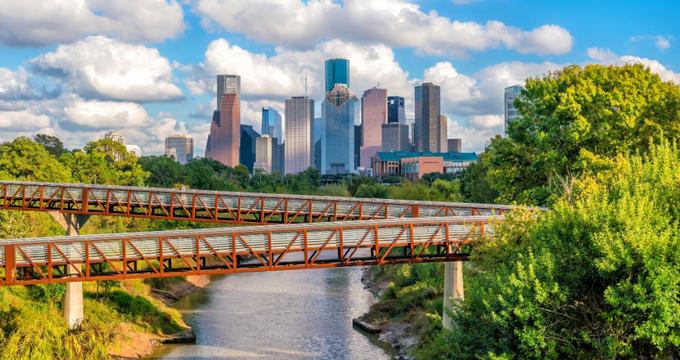 Vibrant Texas city Houston is known for its NASA-related attractions and lovely Museum District, which showcases unique attractions like the biology-focused Health Museum or the National Museum of Funeral History, which is home to the world's largest collection of funeral-related artifacts. Visitors can check out one-of-a-kind attractions this fall like the ArtCar Museum, which honors the spirit of the Art Car Movement of the 1980s. Delicious restaurants pay homage to the state's border with Mexico, including upscale dining destination Xochi, which brings the unique moles and traditional entrees of the Oaxaca region north of the border. 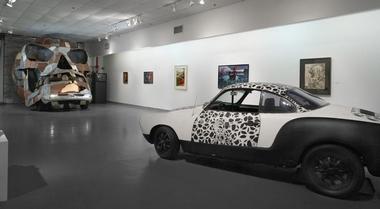 The ArtCar Museum is one of Houston's most unique cultural attractions, originally founded in 1998 by Art Car Movement supporters James and Ann Harithas. The museum, which is commonly referred to as the "Garage Mahal," showcases a rotating stock of redecorated and remodeled cars and mobile vehicles that have been completely reimagined as three-dimensional works of art. Its inspiration comes from the Art Car Movement of the 1980s, which encouraged artists to reclaim damaged or outdated vehicles as mediums for creating installation artworks. In addition to the museum's stock of art cars, visitors can also view period exhibits of other types of experimental and reclaimative works, including photography exhibitions. The museum is free and open to the public, though visitors coming with large groups should schedule tours in advance due to the museum's small size. 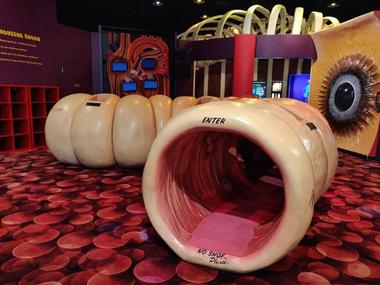 The Health Museum, officially known as the John P. McGovern Museum of Health and Medical Science, is a unique museum located within Houston's Museum District, operated as a member institution of the nearby Texas Medical Center. The museum, which was originally opened to the public in 1969 within the Houston Museum of Natural Science, moved into its current facility in 1996. Today, it attracts more than 175,000 annual visitors and showcases a wide variety of exhibits connected to the human body and biological studies. Visitors can learn about genetic conditions and societal health factors in the unique Body as a Work of Art exhibit, which lets participants step inside the human body in a visual manner. The relationship between the body and food is highlighted in the Our Global Kitchen exhibit, while biology-based science is introduced at the DeBakey Cell Lab. 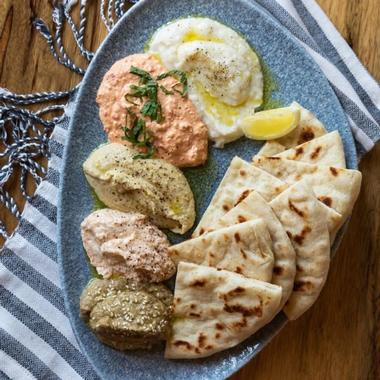 Yia Yia Mary's is a delicious Mediterranean kitchen in Houston, opened in 2005 by the Pappas family. The restaurant, which is named after the Greek word for "grandmother," highlights high-quality traditional recipes passed down through generations, served up at lunch and dinner throughout the week. Authentic Mediterranean cuisine include savory specialties like pastitsio Greek-style casserole, grilled lamb oreganatto, and traditional favorites like gyros and souvlaki kebabs. Fresh seafood specialties range from Texas redfish on the half shell to seafood yiouvetsi prepared with Mediterranean scallops and octopus flown in daily. Shareable mezze plates are also offered, ranging from keftedes-style Greek meatballs, fried calamari, and hummus with warm pita bread. 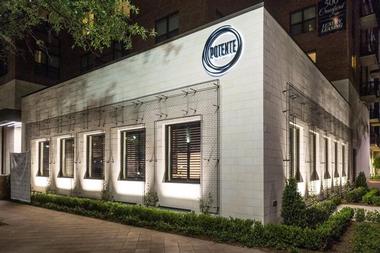 Potente is the latest restaurant offering from Houston Astros owner Jim Crane, located adjacent to Minute Maid Park in the city's downtown district. The restaurant, which opened in 2017, is helmed by executive chef Danny Trace, showcasing beautiful decor meant to evoke the ambiance of an Italian-style villa. Excellent upscale fare is served at dinner throughout the week, prepared with local produce and high-quality meats. Gourmet seafood, steaks, and pasta entrees are rotated regularly on the restaurant's delicious menus, which frequently highlight favorites such as polipetti arrostiti with charred octopus and squid ink fettuccine, fire-roasted barramundi with farmer's vegetables, Texas jumbo shrimp with artichokes and limoncello, and carved Salmoriglio beef tenders with espresso calabrese sauce. The restaurant also boasts one of the city's best happy hours, serving up highly-affordable drinks and bar bites between 5:00pm and 7:00pm. 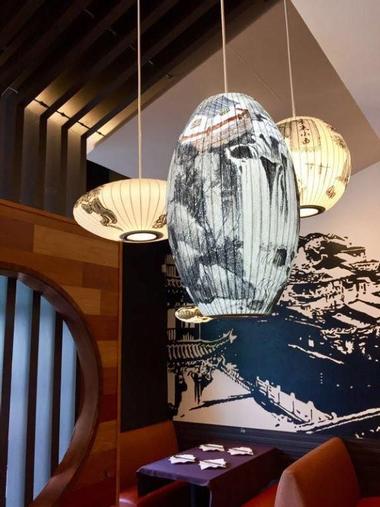 6.The National Museum of Funeral History 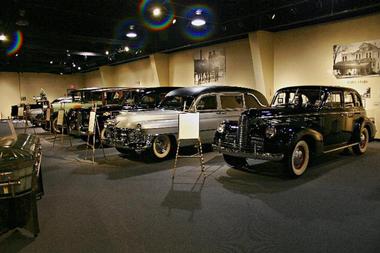 © The National Museum of Funeral History


The National Museum of Funeral History is one of Houston's liveliest cultural museums, despite its morbid name. The unique museum, which opened to the public in 1992, strives to educate the public on the heritage, culture, and technology of funeral services and death care. 30,000 square feet of exhibit space make the museum the United States' largest educational center related to the funeral industry, populated by donations of artifacts that document the history of funeral practices. 15 permanent exhibitions highlight funeral rituals from cultures around the world, ranging from ancient Egyptian embalming rituals to 20th and 21st-century funerals of celebrities and public luminaries. One-of-a-kind coffins are on display, along with authentic papal funeral garments, human cargo containers, and custom-designed hearses, including official state funeral hearses. 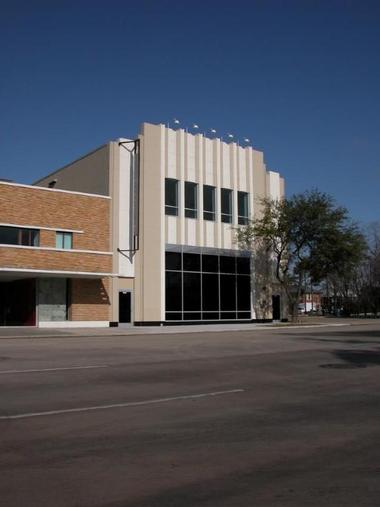 The Lawndale Art Center is a nonprofit contemporary art museum in Houston, originally opened in 1979 by artist James Surls. The museum, which has been housed within a beautiful Art Deco space in Houston's Museum District since 1992, focuses on works by Houston-area artists, showcasing up to 500 artists each year as part of rotating regular exhibitions. More than 20 exhibitions are presented annually, ranging from solo and group shows to special event exhibitions for occasions such as the Mexican Dia de los Muertos celebration. Special events held at the museum throughout the year include an annual Design Fair and a Big Show exhibition celebration. The museum is credited with breaking the careers of a number of Texas-based artists, such as Luis Jimenez, Sue Coe, Nam June Paik, and the Art Guys. 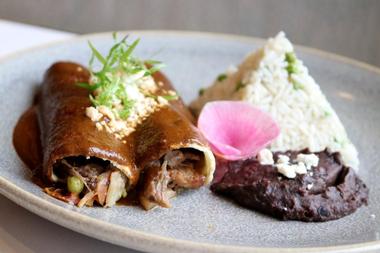 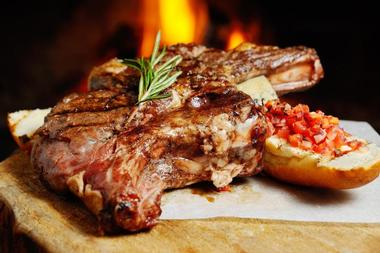 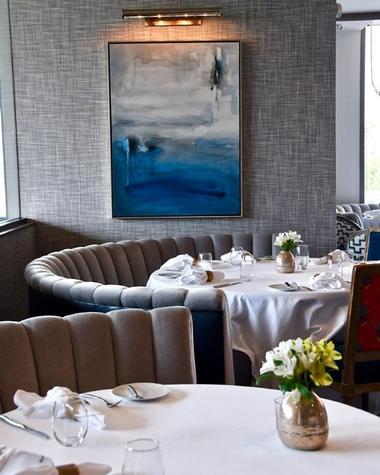 La Table is a multi-level restaurant helmed by executive chef Manuel Pucha, originally opened to the public in 2011 under the name Philippe. Since 2014, it has served up French-American favorites at several distinct dining spaces, including its casual bistro Marché, upscale dining experience Château, and classic French-style bakery. Diners can enjoy chic French bistro fare prepared with market-driven ingredients at Marché, including goat cheese ravioli with spring peas and mint, yellowfin tuna nicoise with anchovies and haricots verts, and Scottish salmon in tomato saffron broth with bok choy. Upstairs, diners can enjoy French classics like poissons et crustaces or veal filet mignon or share tableside classics for two like cognac-flambeed prime cowboy ribeye with caramelized onions or organic heritage chicken with seasonal vegetables in Pinot Noir sauce. Freshly-baked breads, pastries, and housemade macarons are available throughout the day from the restaurant's bakery.

25 Best Things to Do in Waco, Texas

25 Best Things to Do in Corpus Christi, Texas