Things to Do in Houston, TX: LoneStar Flight Museum 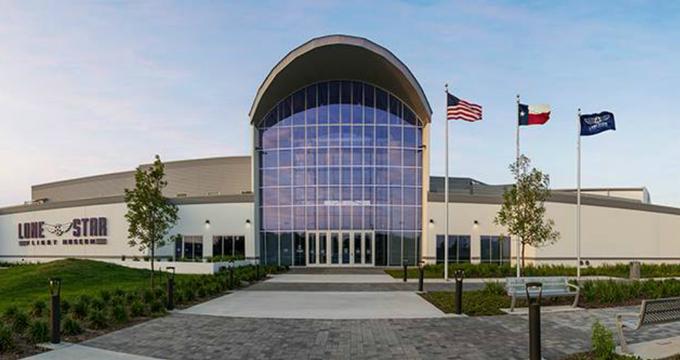 The Lone Star Museum is a wonderful attraction that prides itself on promoting science, math, technology, and engineering education through its educational and interactive programs, which are suitable for visitors of all ages. The Lone Star Museum is currently in the process of transitioning to a new space in Houston’s Ellington Airport, and is due to open on the Labor Day weekend of 2017.

The Lone Star Flight Museum originated as a private aircraft collection in 1985. It grew to encompass a 50,000-square-foot facility at Galveston Sholes field in 1990. It further expanded to include another 30,000 square feet of space in 1991 in order to display its growing collection of aviation memorabilia and artifacts. Today, the museum is home to 40 aircraft and 1,500 aviation artifacts. Many of the aircraft on display still participate in flying demonstrations and air shows around the country. In addition to display models, the facility offers many other educational resources, such as the Texas Aviation Hall of Fame Education Center. With its award-winning aircraft, unique historical artifacts, and educational offerings, this facility is considered as one of the top aviation museums in the entire country.

Having a mandate that includes educating the public about America’s aviation history, the museum is dedicated to conveying history in a tangible way. To this end, the museum provides visitors a once in a lifetime opportunity to experience flight in one of their many active aircraft. These include the Cessna T-41 Mescarelo, Fairchild PT-19, and Boeing PT-17 Stearman, to name a few.

The Lone Star Flight Museum is committed to furthering STEM education by providing interactive educational programs for youth. For this reason, the museum hosts field trips as well as special classes for young people in grades 5-12. The new facility in Houston is equipped with state of the art simulation equipment in their new Aviation Learning Center. This allows young people to experience aspects of aviation in an unforgettable way. Using specially developed computer programs, simulators, and devices, the museum developed a program that is aligned with the TEKS (Texas Essential Skills and Knowledge) standards.

The 40 aircraft on display at the Lone Star Flight Museum form its permanent exhibition, and many of the display models are still in active operation. These aircraft allow visitors to appreciate the development of aviation over the years. The museum displays models from the 1930s all the way to the 1960s. The aircraft selected have all played a significant role in several major conflicts that took place during that time.

The Boeing B-17 Flying Fortress is perhaps best known for its critical role in WW2. Known for its speed, bomb load, and altitude, the design of the Boing B-17 allowed the Allied forces to successfully carry out attacks during daylight hours. The display model at the Lone Star Flight Museum has featured in several documentaries as well as in the film The Tuskegee Airmen.

Aviation aficionados will appreciate examining the North American T-6 Texan. This plane was instrumental in the training of pilots from all around the world. Its high maneuverability combined with its relative ease of maintenance and repair made it a perfect choice for those wanting to master skills ranging from ground strafing to aerial bombardment.

The Cobra Gunship TAH-1P is a great example of a modern attack helicopter. This aircraft was flown as part of missions in Vietnam and later Iraq and Afghanistan, and is often referred to as the Huey Cobra or Snake. This was the first turbine-powered helicopter to be produced for the US military. The display model at the museum is especially interesting because it is a rare T, or training, model.

The collection of aircraft on display at the Lone Star Flight Museum are carefully selected to showcase the technological and design improvements that have allowed the aviation industry to grow and ultimately become the pillar of the American military presence that it is today.

The Lone Star Flight Museum also honors Texans who have made significant contributions to the field of aviation, both in America and the world. Here visitors can enrich their knowledge of aviation by examining the extraordinary achievements of past award winners. For example, the Women Airforce Service Pilots, or WASPs, highlighted in the hall of fame, show how women’s contribution to aeronautics during WW2 paved the way for women’s participation in STEM fields more generally. Both Presidents George Bush and George W. Bush are honored alongside other notable pilots who went on to serve the country through their service to the government.

More Things to Do in Houston

Things to Do in Houston, Texas: Houston Symphony

Things to Do in Galveston, Texas: 1877 Tall Ship ELISSA

18 Best Things to Do in Richardson, TX