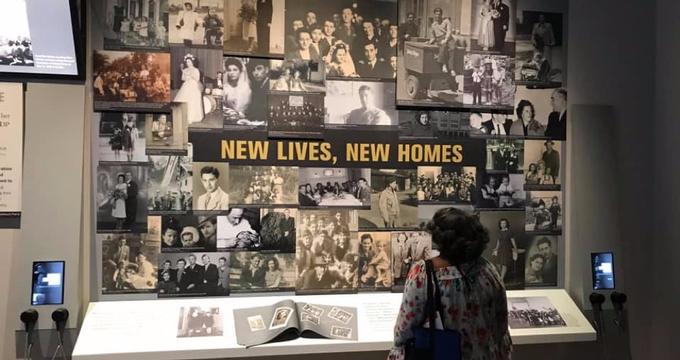 As we've seen time and time again, humanity can be capable of great things, but can it also be capable of the absolute worst atrocities. The Holocaust is arguably the most significant example of the shocking depths to which mankind can plunge. Between 1941 and 1945, around six million Jews, approximately two thirds of Europe's entire Jewish population, were killed by the Nazis and their collaborators.

It was a monumental and tragic event of human history, changing the very face of the world and civilization as we knew it, and it’s an event that should never be forgotten. People of all ages and generations must be educated on the Holocaust, remembering the lives that were lost, the incalculable pain and suffering of millions, and the subsequent development of human rights all over the world.

The Dallas Holocaust and Human Rights Museum aims to educate visitors on the Holocaust, as well as human rights changes in America and the rest of the world in the wake of the Second World War. A museum quite unlike any other, anywhere on Earth, this Dallas institution is situated in the historic West End district and visited by tens of thousands each year.

The Dallas Holocaust and Human Rights Museum offers a fascinating, moving look at the history of the Holocaust and human rights, shining the spotlight on the absolute worst of humanity, but also looking at the very best of what people can be capable of, seeing how human rights developed so greatly and rapidly in the wake of the Second World War, charting the victory of hope in the face of hate, and inspiring visitors to think differently about the world and those around them. To experience it for yourself, here's all you need to know:

- History - The Dallas Holocaust and Human Rights Museum was founded back in 1984 by a group of Holocaust Survivors in Dallas and the surrounding North Central Texas area. They decided to create a museum focused on sharing the stories and history of the Holocaust, as well as adding some hope to the experience by looking at ways in which human rights have grown to fight back against hate, prejudice, and injustice. The museum has steadily grown from one year to the next, boasting more than 80,000 visitors in recent years and being globally recognized and acclaimed for its compelling, engaging programming, events, and exhibits.

- Location - The museum is situated at 300 N. Houston Street, Dallas, TX 75202. Its main entrance is on Houston St, while the student group entrance is around on Ross Ave.

- Getting There - Those who choose to drive to the Dallas Holocaust and Human Rights Museum will find a parking garage on Houston St, right over the street from the museum entrance. If this garage is full, there are several parking lots in the local area too. Those who prefer to rely on public transport can take the DART to the West End Station, just a block away from the museum's front doors.

- Opening Dates and Times - The Dallas Holocaust and Human Rights Museum is open every day of the week. It opens from 9.30am to 5pm on weekdays and from 10am to 5pm on weekends and holidays. The museum is open on several holidays and special occasions throughout the year, including Martin Luther King Day, Passover, Good Friday, Memorial Day, Independence Day, and Christmas Eve, but is closed on New Year's Day, Thanksgiving, Christmas Day, Yom Kippur, and Rosh Hashanah.

- Important Information - The museum presents a lot of exhibitions and displays regarding one of the greatest atrocities in human history, and is therefore not recommended for children below the age of 12 due to its content. There are bag checks in operation at the museum's security checkpoint, and no large bags can be taken into the museum.

- Admission - All adults will pay the general admission ticket price, but there are discounts for students, seniors, educators, and military personnel, provided they can show some form of identification.

- The Experience - Dallas Holocaust and Human Rights Museum features both permanent and special exhibitions focused on the Holocaust and human rights. There are three permanent wings: the Holocaust wing, the Human Rights wing, and the Pivot to America wing. The museum also shows testimonies from real Holocaust Survivors, with various special events and speakers throughout the year. The museum charts the history of the Jewish people, the development of the Holocaust, the savagery of World War II, and the gradual evolution of Human Rights in the decades that followed, offering insight and education through various displays and exhibits. website