Things to Do: Comedy Shows in San Antonio 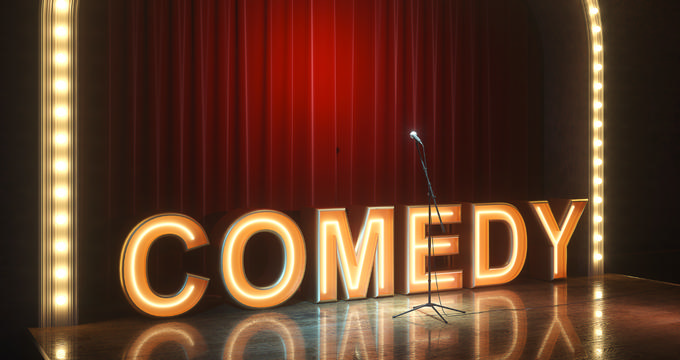 One of the biggest cities in the entire US and the second largest in the state of Texas, San Antonio is a historical location with a modern edge. With so many stories to tell and stunning monuments to see, San Antonio is a must-visit location in Texas and is one of the fastest-growing US cities, well known for its stunning River Walk along the San Antonio River, the Alamo, Marriage Island, and other unique locations and landmarks that make this city such a special place to be.

Nightlife and entertainment are a big part of San Antonio culture and it's not uncommon to see the city streets becoming even busier after the sun has set. With millions of tourists visiting every single year, there's a lot to do after hours in San Antonio, including live music, sports, theater, and comedy shows. The city is home to multiple comedy clubs and many touring comedians from around the US and the rest of the world often stop off in San Antonio for a few nights. Things to Do in San Antonio

If you’re looking to have your funny bone tickled in the city of San Antonio, you’ve got a lot of options available to you. The city is home to several theaters and comedy clubs showing side-splitting comedy shows almost every single night of the week, all year long. Here are some contact details and brief overviews of a few of San Antonio’s most beloved comedy hotspots.

The Laugh Out Loud Comedy Club has been battling it out with the Rivercenter Comedy Club in recent years in order to become the number one comedy destination in San Antonio, and it's doing an amazing job so far. Many big names and headline acts from popular TV shows and networks like Comedy Central and The Tonight Show have been booked at this spot in recent years, which has a nice location out in the suburbs, and various special events and comedy showcases are held here on a monthly basis too. The Laugh Out Loud also aims to offer a nice mixture of PG-13 and R-rated shows, so check out the schedule if you’d like to bring some younger guests along.

Probably the number one comedy club among San Antonio locals, the Rivercenter is situated in a prime location along the famous San Antonio River Walk. It's one of the oldest venues in the city and you can almost feel the history in the walls as you step foot over the threshold. Plenty of nationally known comedians will appear at this location each and every month, with lots of local talent also showing up here to test out their sets and skills on lively audiences. If you want to see a top tier comedian in San Antonio performing stand-up or improv comedy shows, this is one of the best places to be.

ComedySportz is a name that should be familiar to most comedy fans. This is a national chain of comedy clubs specializing in clean improv comedy. As the 'Sportz' part of the name implies, this venue features two teams of improv comedians competing against each other to see who can get the biggest laughs. Both teams take suggestions and ideas from the audience and attempt to create their own songs, scenes, gags, and more right off the top of their heads. An evening at ComedySportz is always guaranteed to be a great time, and one of the best things about this venue is that the comedy is always clean, so teens and pre-teens can attend and join in on the fun too.

The new kid on the block, the Bexar Stage is a recently established comedy theater in San Antonio dedicated almost entirely to long form improv comedy. The location was founded by duo Dan Grimm and Tina Jackson, who sensed a need for a new improv venue in San Antonio and decided to bring their dream to life. The result has been a real winner so far, with lots of varied and hilarious comedy shows and events being held here including totally unique shows like the fantasy-inspired "Dunguns 'n Dargons evenings and more classic improv comedy too.

Best Things to Do in Arlington, Texas: Mariano's Hacienda

Best Things to Do in Richardson, TX: Jeng Chi Restaurant