4 Best Things to Do in Salado, TX 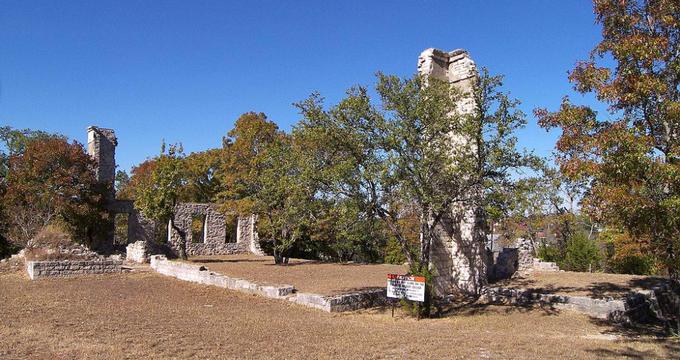 Located on the bank of Salado Creek, fed by both fresh and mineral water springs, on the site of a Comanches campground and the Tonkawa village, Salado was organized as a town in 1859 and quickly became an oasis of culture on the rough frontier. Salado College was established in 1860, as well as the first Grange in Texas, the Institute for the Humanities at Salado and the first bridge in Texas. Today, Salado is a charming village that many artists call home, full of beautiful historic buildings, restaurants, galleries, breweries and wineries. Stagecoach Inn is located in the oldest house in Salado and 1866 Barton House is today an upscale restaurant. Salado Sculpture Garden houses many artworks of local artists. 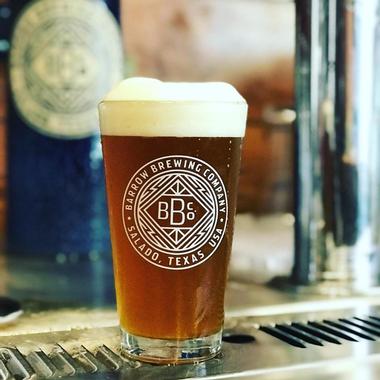 Barrow Brewing Company was founded in 2014 in the village of Salado, Bell County, Texas, in the renovated old pole barn granary on the banks of Salado Creek. It is Bell County’s first microbrewery. With the strong philosophy of sustainability, at Barrow they reused much of the existing material while building the brewery, such as knotty pine planks that can be seen in the tap room. The brewery uses simple recipes to highlight the unique natural hop and grain flavors and create a range of year-round and seasonal beers. The tap room at Barrow Brewing Company is a popular community gathering place where people come to hang out with friends and try local craft beer at the source. Visitors can see directly into the brewing area and enjoy the full craft beer experience. The tap room hosts a variety of events including yoga classes and scientific seminars. There is live music on the weekends and a food truck on site. 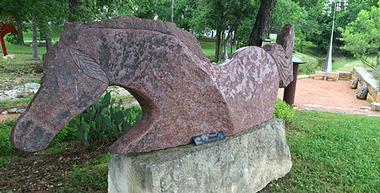 Salado Sculpture garden in Salado, Texas was created by the Public Arts League of Salado and Keep Salado Beautiful in a beautiful natural landscape with winding walkways and benches scattered all around. The artworks of stone, metal and glass are created by a diverse group of artists, of- varying ages, life experiences, male and female, living and working locally and in the surrounding areas. The first exhibit showcased many of the celebrated Salado artists such as Ronnie Wells of Salado and Bob Guelich of San Antonio, who have found inspirations in the nature and wildlife, Sandra and Lonnie Edwards, Jill and Johnny Shipman who have designed the entrance piece to the Sculpture Garden with Melissa Paxton, and many others. The sculptures are on loan during the exhibition for a few months and will change occasionally. Most of the art is for sale. 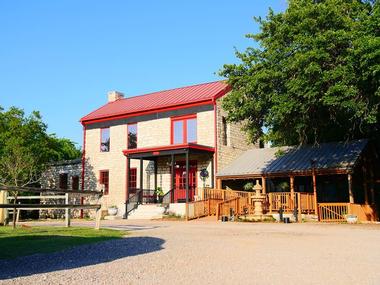 The Barton House is a historic home built in 1866 on the Main Street in Salado, Texas, for the pioneering physician Dr. Welborn Barton and his wife Louisa Adeline Cox. The house is listed on the National Register of Historic Places and has been marked with a Texas Centennial Marker. The original part of The Barton House, built into a hillside, was made of Texas quarry-faced limestone ashlar. The exceptional stone-masonry skills and asymmetrical placement of the front door were unusual for its period. The three story house has solid 24-inch thick walls and the floors made of long-leaf pine. The Barton House changed owners but remained a private home until 1997 when it opened as a restaurant. The current owners are operating an upscale Barton House restaurant using many of the period features of the house. 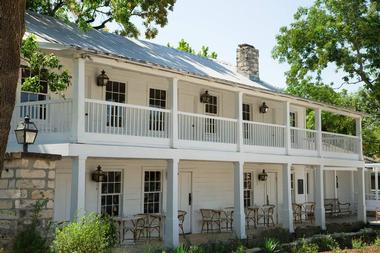 From 1860 to 1890, most of the north-south travel through Texas came through Salado, at the time a major stop along the famous Chisholm Trail, and a Butterfield Stage Lines stage stop. In 1861, W. B. Armstrong, one of the first settlers in the area, erected a building on the site of the old Tonkawa village and opened the “Shady Villa Hotel,” what was later to become the Stagecoach Inn. The Stagecoach Inn is considered the oldest house structure in Salado. Many distinguished and infamous persons stayed at the inn: General George Custer, Sam Houston, Robert E. Lee and outlaws Sam Bass and Jesse James. In 1943, Dion and Ruth Van Bibber restored the old building and opened the Stagecoach Inn. Just as in earlier times when local frontier women greeted the stagecoach passengers and cattle drovers, the inn and its restaurants welcome its guests with warm, welcoming comfort and traditional home-made food.


4 Best Things to Do in Salado, TX

10 Best Things to Do in Bastrop, Texas

8 Best Things to Do in Conroe, TX

5 Best Things to Do in Lewisville, TX