6 Best Things to Do in Nacogdoches, TX 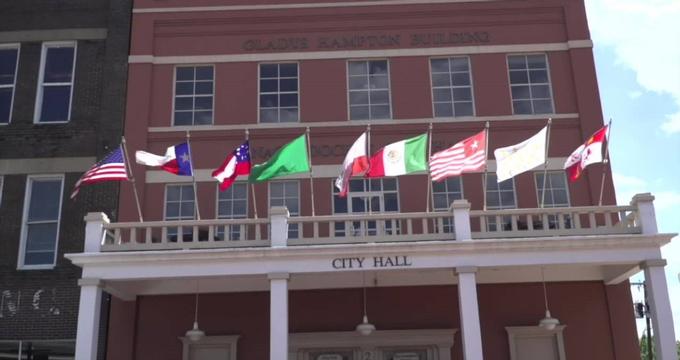 Nacogdoches is a small city in East Texas in Nacogdoches County, Texas. Nacogdoches is considered “the oldest town in Texas” because there is evidence of settlement at the city site 10,000 years ago. Nacogdoches is the home of Stephen F. Austin State University. Millard's Crossing Historic Village is a living history museum and a charming reconstructed village that tells the story of the spirit of the settlers in East Texas. The Sterne–Hoya House Museum and Library was built in 1830 for a German immigrant Adolphus Sterne. The Old University Building, was completed in 1859. Today it serves as a museum of 19th century education, a Confederate Hospital, and community events. The 42-acre Pineywoods Native Plant Center is located at the Stephen F. Austin State University campus, and it contains several spectacular plant collections. CDC information for travelers. Hours/availability may have changed. 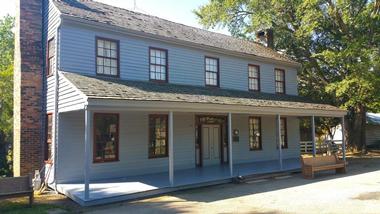 Millard's Crossing Historic Village is a living history museum and a charming reconstructed village established by Lera Millard Thomas, a widow of the Congressman Albert Richard Thomas, in the 1970s. The Village sits on 37 acres of land which belonged to the Millard family, where Lera Thomas grew up. She started the Village in 1966 by restoring a singular Victorian house and then proceeded to restore other examples of East Texas architecture. The Village is located next to a railroad track, and includes a restored red train caboose and a number of log cabins. All of the structures were moved from their original sites and restored by Mrs. Thomas. The mission of Millard's Crossing Historic Village is to tell the story about the spirit of pioneer settlement in East Texas. 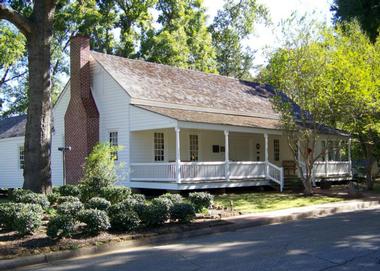 The Sterne–Hoya House Museum and Library is located in Nacogdoches, Texas, and is listed on the National Register of Historic Places and is a Texas Historic Landmark. The house was built in 1830 for a German immigrant Adolphus Sterne, a munitions smuggler and a financier of the Texas Revolution. When Texas became a state, Sterne served in both houses of the legislature. Davy Crockett was a guest in the house in 1835. Sam Houston, Sterne’s friend, was baptized into the Catholic faith in the house. The house is a one and half- story wood frame on a brick foundation. There is a Victorian porch at the entrance. At the rear of the main house were the servants quarters, a stable, smoke house, hen house and corn crib. The house became a house museum in 1977. The museum and library house many local historic artifacts.

You are reading "6 Best Things to Do in Nacogdoches, TX" Back to Top 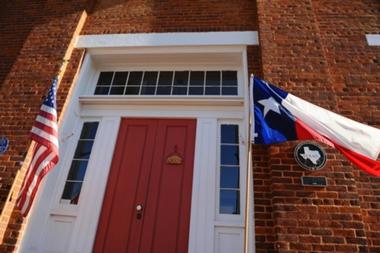 Nacogdoches University was chartered in 1845 by the Republic of Texas to fulfill the need of east Texas settler for higher education. The university occupied many downtown buildings before its own building, today called The Old University Building, was completed, just in time for classes in fall 1859. During the civil war the building served as a hospital and later as a headquarters for a federal regiment. The building was deeded in 1904 to the Nacogdoches independent school district. It continued to be used as an educational facility until the Nacogdoches historical society took charge in 1960s. Today the structure is used for community functions and serves as a museum of 19th century education, a Confederate Hospital, and community events.

You are reading "6 Best Things to Do in Nacogdoches, TX" Back to Top 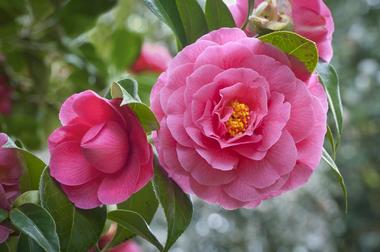 The Pineywoods Native Plant Center is a unique garden on the north end of the Stephen F. Austin State University campus, spread over 42 acres of mixture of uplands, wet creek bottoms and mesic mid-slopes. Two miles of hiking trails run through the gardens full of bird and wildlife and hundreds of species of plants - pines, hardwoods, ferns and flowering plants. There is a unique collection of native East Texas plants in the Lady Bird Johnson Wildflower Demonstration Gardens and a large collection of muscadine grape collection in Jimmy Hinds Park. There is also an outdoor art collection that changes every year.

You are reading "6 Best Things to Do in Nacogdoches, TX this Weekend with Friends" Back to Top or More places to see near me today, Weekend trips 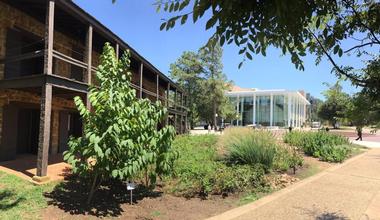 
Located in Stephen F. Austin State University in Nacogdoches, Texas, The Old Stone Fort Museum is a 1936 replica of a structure erected in 1779 by Nacogdoches militia commander Antonio Gil Y'Barbo. The original building was not actually a fort, but served various purposes until it was demolished hundred years after it was constructed. It was built of native iron ore as a mercantile house owned by Antonio Gil Y'Barbo. The structure changed hands several times until it was dismantled in 1902. The building was known as the Stone House because of its iron-brick construction. The replica was erected to serve as a museum that provides historic exhibits.

You are reading "6 Best Things to Do in Nacogdoches, TX this Weekend" Back to Top or More places of interest in, Things to do near me 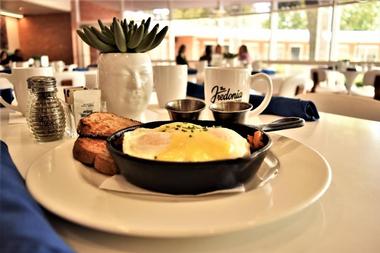 
Located in the Fredonia Hotel in Nacogdoches, Texas, the First City Café is a family owned and operated restaurant designed by restaurateurs Richard and Barbara DeWitt. Bright, open and colorful mid-century modern design with white table tops, white leather chairs and floor to ceiling window make the Café inviting and elegant place to meet friends or bring family for a meal. The menu is seasonal, offering traditional Texas cuisine, but also offering everything from Southern comfort to Asian, Mexican and Cajun dishes, using fresh local Texas ingredients such as shrimps from the Gulf. The Cafe offers daily lunch specials, including crawfish Étouffée, and their weekend brunch menu includes such delights as quail and waffles, washed down with a mimosa or our signature smoked Bloody Mary.

You are reading "6 Best Things to Do in Nacogdoches, TX" Back to Top or More must do for couples, places to visit this weekend

6 Best Things to Do in Nacogdoches, TX

You are reading "6 Best Things to Do in Nacogdoches, TX " Back to Top

10 Best Things to Do in Killeen, TX

22 Best Things to Do in Fort Worth, Texas