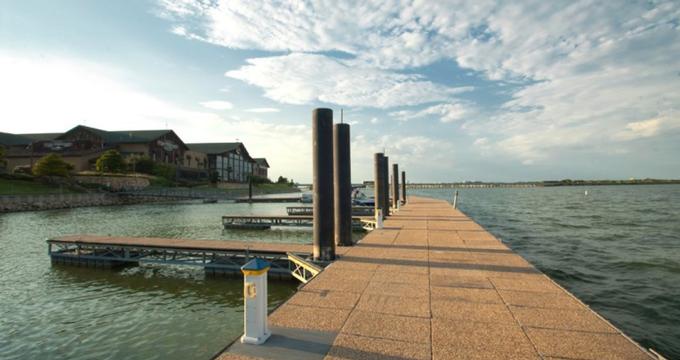 Garland is a city situated in northeastern Texas, just 30 minutes outside of Dallas. The city is both economically and culturally diverse. It’s perhaps best known as a manufacturing hub, but also has many healthcare, wireless communication, and technology jobs. Garland is part urban, with its dynamic art, live music, and culinary scene. Yet, it retains its Texas charm and country feels with parks, nature preserves, athletic fields, golf courses, and more. CDC information for travelers. Hours/availability may have changed. 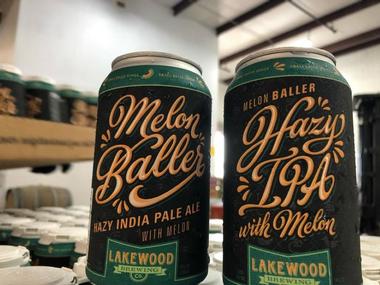 Wim Bens founded Lakewood Brewing in 2012. Originally from Belgium, Wim moved to Texas when he was seven years old. He would often travel to Belgium to visit his family and over the years Wim grew an appreciation for Belgian-style beer. So, he decided to apply to the American Brewers Guild. He was accepted and soon after graduating he put plans in motion to open up Lakewood Brewing Co. Today, patrons who visit the brewery can choose from a variety of regular and seasonal beers. In addition to the indoor taproom, there is an outdoor beer garden for customers to enjoy. 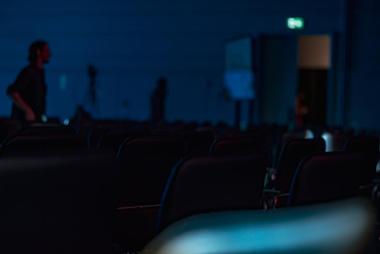 Plaza Theatre is an arts complex that’s been part of the community since the 1940s. This landmark and focal attraction in Garland was restored to its original art deco style. Here, guests can be entertained by a number of events such as a Broadway show, a symphony concert, a pageant, or a comedy show. Upon entering the theatre there is a large lobby with a domed ceiling overhead that features an ornate chandelier. With seats for 350 guests, the theatre is spacious, yet intimate. Other features include velvet seating, a waterfall curtain, and state-of-the-art lighting and sound systems. 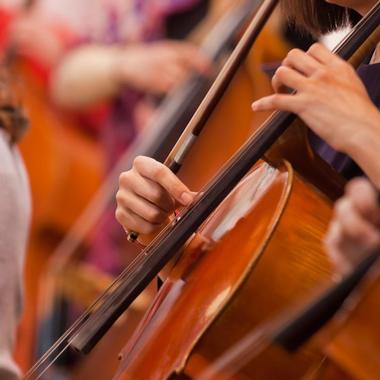 The Garland Symphony Orchestra was founded in 1978. Since this time the orchestra has performed more than 180 concerts in Garland and in its neighboring communities. The music presented by the orchestra features the work of over 200 composers. Some of the most famous composers to take the podium over the Orchestra’s history include James Gambino, Howard Dunn, Mischa Semanitzky, and Daniel Hornstein. For large events, The Garland Symphony Orchestra often performs in the Granville Arts Center, which has seating for 720 guests. And they also have smaller performances in the Plaza Theatre in downtown Garland. 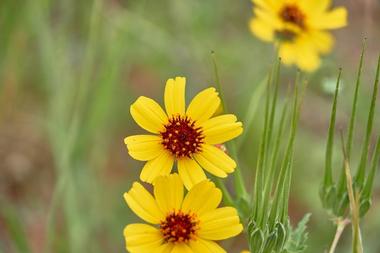 The Spring Creek Forest Preserve was established in 1988 when Dallas County bought 69 acres of land for preservation. Credit goes to Bobby Scott, who in 1978 discovered the uniqueness of this forest. He was a self-taught botanist who identified some of the woods as a virgin forest. Mr. Scott and colleague, Edward Fritz, studied the area further and later submitted a proposal to the City of Garland to preserve the land. Thanks to the both of them, visitors today can enjoy the spring water stream and the interpretive walking trail describing the richness of the preserve’s ecological features. 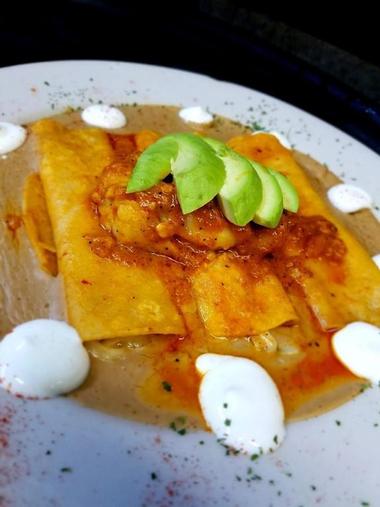 
Desperados Mexican Restaurant serves up Tex-Mex fare and traditional Mexican dishes. They also offer breakfast and have an extensive cocktail menu, including their award-winning margarita’s. As a family run business with a 40 year plus history, they proudly offer many of their original menu items. Some of their most admired food selections include the Desperados tacos, guacamole, and mama’s tortilla soup. Desperados Mexican Restaurant has been voted the Best Mexican and Tex-Mex Restaurant in Dallas. Also, they were asked to cater Superbowl XLV in 2011 and the NFL Draft in 2018 when these events came to Dallas. 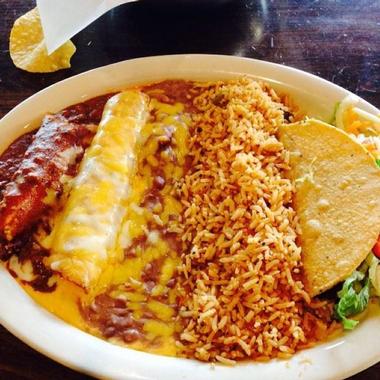 
Matt Martinez Jr., fondly known as Chef Matt, has followed in the Tex-Mex tradition for generations. Both his grandfather and father owned Tex-Mex restaurants in Austin, Texas. Chef Matt’s grandfather opened El Original in 1925 and his father Matt Sr., opened Matt’s El Rancho in 1952. Chef Matt and his wife Estella left Austin in 1985 and opened up Matts Rancho Martinez in Garland. Since owning his restaurant, Chef Matt received many accolades for his Tex-Mex style of cooking and for his restaurant’s success. In 2000, he was inducted into the Texas Restaurant Hall of Fame. And his restaurant was named “Best Neighborhood Restaurant" by D Magazine in 2008. 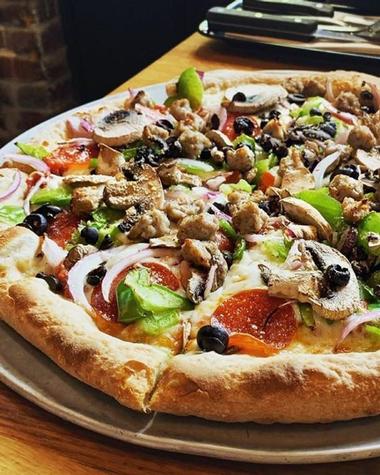 Old Chicago Pizza and Taproom is a chain-restaurant that makes Chicago style pizza, Italian entrees, bar-style appetizers and offers a selection of some of the finest craft beers. The staff is expertly trained in craft beer styles and flavors, so they can recommend a beer based on customer preference. And they give advice on the beers that pair with the pizza or entrees being ordered. This restaurant provides a great environment for the family and even has a kid's menu. On the same token, it’s a perfect venue to sit at the bar with friends and watch the big game. 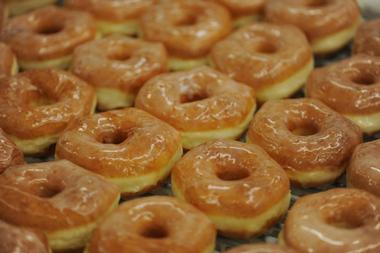 Shipley Donuts is a donut-chain with a history that dates back to 1936. Lawrence Shipley Sr. began making gourmet donuts that were cut by hand and served hot. At the time, he sold a dozen donuts for five cents. About 10 years later, the donuts hit the retail market. Shipley Donuts has been stealing the hearts of donut lovers ever since. And not just in Garland, Texas, but in more than 190 stores spread over several states. Their menu includes cake, yeast, and filled donuts. Plus, they sell kolaches, or fruit pastries, espresso drinks, and fruit smoothies.

9.The Millhouse Pizzeria and Stage 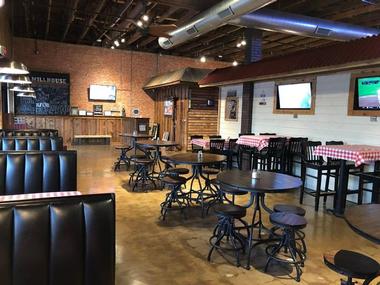 © The Millhouse Pizzeria and Stage

The Millhouse Pizzeria and Stage does three things really well, handmade pizza, craft beer, and live music. The business is owned and run by siblings who built the pizzeria in honor of their late parents. Because they are a family-run, and family-centered business, they treat their customers like family too. As for their pizza, it’s made with only the best and freshest ingredients. They have a good selection of local craft beers available, and some wines as well. Diners have the choice to create a customized pizza, choose a craft pizza, and order a salad or wings on the side.

5 Best Things to Do in Sulphur Springs, TX

5 Best Things to Do in Rockwall, TX