Amarillo, TX Things to Do: Texas Air and Space Museum 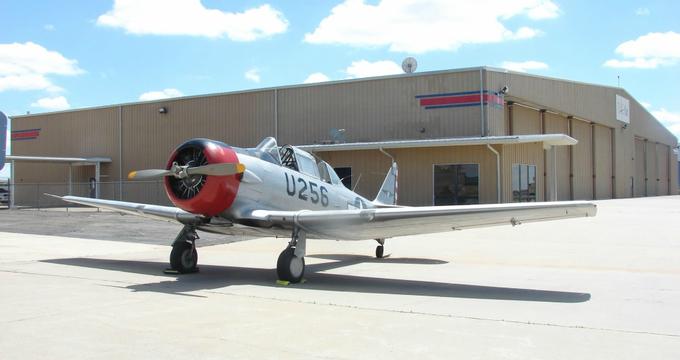 The Texas Air and Space Museum is located in Amarillo, TX. Visitors to the museum will enjoy learning the history of air and space travel and the pioneers that helped it to happen. The museum was originally established in 1989 by a group of aviation aficionados in Amarillo, Texas.

It was located at the Tradewind Airport in the southeast portion of the city. It was known as the English Field Air and Space Museum. The upkeep and maintenance costs of the museum soon became too much for both the city and museum to handle. As a result, the museum sold thirteen out of fourteen aircrafts that it owned to different museums and stored it artifacts. The museum closed in 2007.

In February of 2010 the museum was able to obtain indoor and outdoor space for exhibits at the Rick Husband Amarillo International Airport and reopened. Its name had been changed to Texas Air & Space Museum. On its grand reopening day, the museum was in possession of three aircrafts and numerous space and air historical displays in their indoor exhibit space.

The museum has acquired many more aircraft and displays since it’s opening.

The Texas Air and Space Museum has a wide variety of exhibits that cover the history of aviation and space travel for visitors to explore.

· The People: Later Years- This exhibit covers important people in the history of aviation and space travel.

o Bobby Speed, Ag Pilot, Reno Racer- Robert E Speed known as Bobby Speed, was one of the greatest pilots if Texas. He was born in 1924 in Adrian, Texas. Speed owned and piloted several aircrafts for both leisure and business. He built an airplane named the “Bearcat” and raced the “Reno Racer” for two years in the National Championship Air Races in Reno, Nevada. The Bearcat was given to the museum in July of 2011 along with Bobby Speed’s helmet that rests on the instrument panel.

o Captain Cecil B.Hawkins, Jr, United States Navy (Retired)- Captain Hawkins flew a variety of military aircrafts, flying out of carrier and land-based runways all over the world. His Naval Flight History is quite impressive, and information can be found on it in this exhibit.

o Col. Rick Husband- Astronaut- Rick Douglas Husband was born in July of 1957 and died in February of 2003 when the space shuttle Columbia along with its crew were killed during reentry. He spent a total of twenty-four days, fifty-one hours, and thirty-three minutes in space as a pilot on STS-96 Discovery and crew commander on STS-107 Columbia.

· The Airports: Later Years- This exhibit covers the history and operation of several Texas airports through photographs.

· The Wars- This exhibit showcases aircraft models from the various wars throughout history.

o Vietnam War- This part of the exhibit includes and the aircraft C-7 Caribou, two aircraft models: A-1 Skyraider, and F-100 Super Sabre, and a display that includes photographs of Cold War aircrafts and Cecil Hawkins.

· The People- The Early Years- This exhibit includes the English Field Collection and information on early pioneers in aviation history, the history of the earliest airports, and interesting facts. The exhibit also includes photographs.

Outdoor Exhibit Space- The Outdoor exhibit space includes full size aircrafts. Models by Jack Rude and models by Kits and Diecast. See the website for a list of displays.

More Things to Do in Amarillo, TX

Things to Do in Dallas, Texas: Crow Collection of Asian Art

Things to Do in Dallas, Texas: Frontiers of Flight Museum