9 Best Things to Do in Sevierville, Tennessee 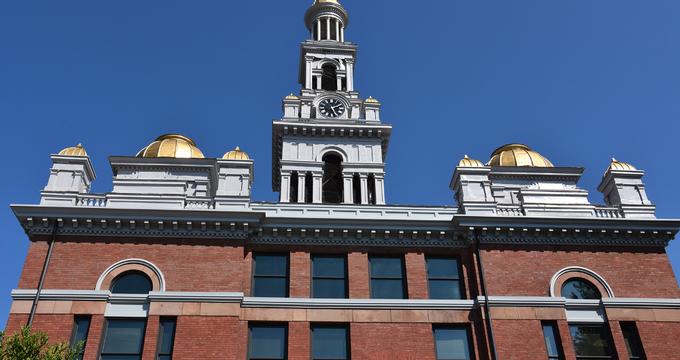 Sevierville is a city in east Tennessee, at the foothills of the Great Smoky Mountains. The city is famous for its Great Smoky Mountains National Park with dense forests, wonderful hiking trails and waterfalls. A life-size statue of Sevierville native country singer Dolly Parton is located in the city’s charming historic downtown with many 19th century houses and the beautiful1896 beaux arts–style courthouse. The Forbidden Caverns are huge show caves with unique calcite formations. Robert A .Tino’s gallery showcases his beautiful realistic landscapes of the Appalachian mountains. Certain attractions may be temporarily closed or require advance reservations. Some restaurants are currently offering pickup only. Hours/availability may have changed. 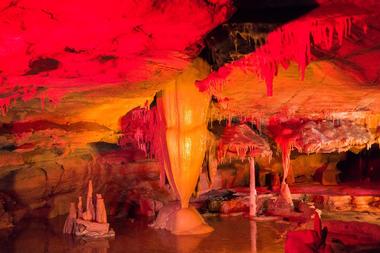 Tennessee has 8,350 caves, more than any other state, and Forbidden Cavern in Sevierville, Tennessee is one of the most beautiful. The cavern was known to the Eastern Woodland Indians who hunted in East Tennessee's forests and mountains. They used the cave as a shelter in the winter and the river in the cave provided a steady supply of water. It is believed that the water comes from an underground lake located under English Mountain. The cave contains unique calcite formations that are still growing as well as the largest wall of rare cave onyx or dripstones in the world. Forbidden Caverns was opened to the public in June 1967. Visitors are offered an entertaining and educational tour through the sparkling formations, grottos, towering natural chimneys and a crystal clear stream. Plenty of light and handrails ensure safety at all points of the 55-minute tour. 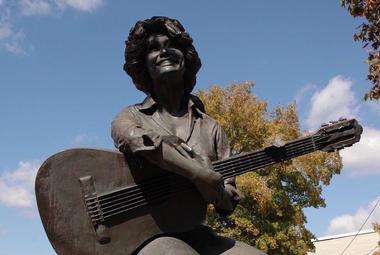 A visit to Sevierville is a visit to the world of Dolly Parton who was born in the county. You can hear her music everywhere, visit her famous theme parks, but don’t forget to pay homage to the popular singer by visiting her life-size statue on the County Courthouse lawn in downtown Sevierville. The beautiful bronze statue is a portrait of Dolly Parton as a young woman, sitting on a rock while strumming her guitar. The statue was created by the sculptor Jim Gray, who chose to show Dolly with her signature smile. The statue was erected in 1987, after Dollywood theme park opened nearby. The statue is part of a self-guided walking tour of Sevierville, the best way to get to know this fascinating town.

You are reading "9 Best Things to Do in Sevierville, Tennessee" Back to Top 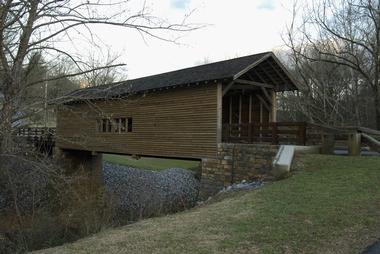 The Harrisburg Covered Bridge in Sevier county is known under many names: Pigeon River Covered Bridge, McNutts Bridge and East Fork Bridge. This historic covered bridge is located east of Sevierville, just off U.S. Highway 441. The bridge crosses the East Fork of Little Pigeon River and is known as a king post truss design. The Harrisburg Bridge was constructed in 1875 to replace the McNutts Bridge, which was destroyed in a flood. In 1952 the bridge was supported with a concrete bridge pillar that was attached to its framework. After additional repairs and renovations, in 2004 the permissible total weight of vehicles crossing the bridge was set to 15 tons.

You are reading "9 Best Things to Do in Sevierville, Tennessee" Back to Top 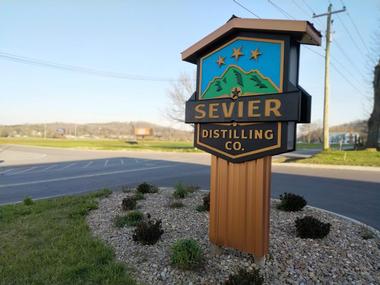 Sevier Distilling Company is family-owned and operated for generations, using the special process that follows in the footsteps of the very first settlers in the area. Their process focuses on small handcrafted batches made by innovative craftsmen who know the science and art of distilling. All their products are made naturally in the Tennessee mountains from the finest natural ingredients: malted grains, corn and the honey and blue agave, mixed with Appalachian tradition. The distillery offers free tasting and the tour of the production facility. Their signature products are Yenoah, a honey spirit, Yetti vodka, TenneKeela, a blue agave spirit and Real Deal Shine corn whiskey.

You are reading "9 Best Things to Do in Sevierville, Tennessee this Weekend with Friends" Back to Top or More places to see near me today, what to do, weekend trips 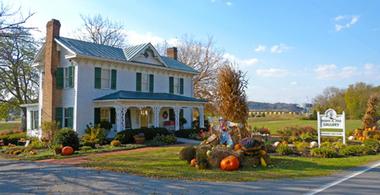 
Robert TIno is a talented artist who spent the last 30 years immortalizing the magnificent landscape of the Smoky Mountains in oil, acrylic, and watercolor. His paintings are rendered in incredible detail and depth, with a blend of realism and impressionism that make his paintings grab the eye and attention both of art critics and average art lovers. Mountain scenes, colorful florals, abstract and contemporary art are now part of private collections and art galleries all over the world. Tino’s gallery in the old farm in Sevierville is a must see when passing through this part of Tennessee. Every October Robert Tino opens his farm for his annual “Robert A. Tino Smoky Mountain Homecoming.” Besides his own works, the Homecoming also features other artists living and working in the Appalachians.

You are reading "9 Best Things to Do in Sevierville, Tennessee this Weekend" Back to Top or Restaurants near me, stuff to do near me 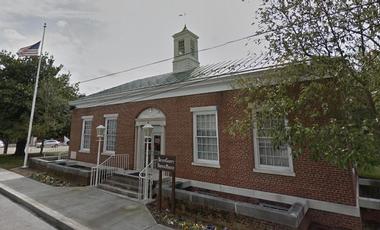 
Sevier County Heritage Museum opened in 1995 in Sevierville, Tennessee, in the former Sevierville Post Office building, in the heart of the Sevierville historic district. The Colonial Revival-style building, constructed in 1940 is listed on the National Register of Historic Places. The museum was co-founded by Patsy Galyon Bradford and Janie Hearn, with the goal of preserving Sevier County's heritage. The Museum offers displays of local artifacts and memorabilia, hosts lectures and classes, transcribes historic documents, and offers research services for historians and genealogists. The museum works closely with other organizations including the Smoky Mountain Historical Society and the Friends of the Great Smoky Mountains.

You are reading "9 Best Things to Do in Sevierville, Tennessee" Back to Top or More must do for couples, what to do near me, places to visit this weekend 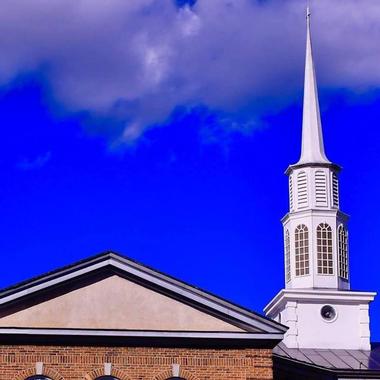 In 1789, the same year George Washington was selected as the first President of the United States, Richard Wood led a group of faithful pioneers to establish a Baptist church in a small settlement near the forks of the Little Pigeon River, which will later became Sevier County and Sevierville. The pioneers built a small log building as a place of worship. Rev. Wood ministered to them for 42 years until his death in 1831. The original cabin was used until 1800 until it was destroyed by fire. A second log building was constructed on a plot of land donated by Spencer Clark and used as a place of worship and a community center until the late 1850’s. The church became Sevierville Baptist Church and developed into a strong group of believers. In September of 1998, the Church moved into a new sanctuary and educational building that are used by the First Baptist Church today.

You are reading "9 Best Things to Do in Sevierville, Tennessee" Back to Top or More tourism, attractions for couples, food, things to see near me today 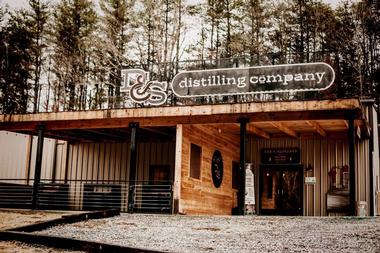 D&S Distilling Company in Sevierville is the first distillery in Tennessee to make certified organic spirits using organic corn, oat and sugar. All ingredients come from gluten-free facilities, and water comes from one of their own two wells. D&S currently produces a vodka, two kinds of rum and a moonshine. Their whiskey is almost ready for release. D&S won the Global Spirit Awards in Las Vegas, nine medals in the Asia International Spirits Competition and the San Diego Spirits Festival International Spirits Competition. Their spirits are available at many restaurants and stores in the area. The charming rustic tasting room, which includes a bar and lounge, offers tasting, tours of the facility and original craft cocktails. There are frequent live music events and a food truck is parked in front. 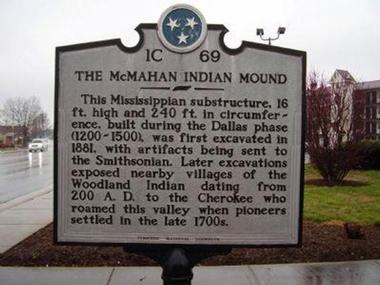 The McMahan Mound Site or McMahan Indian Mound is a notable archaeological site in Sevierville, Tennessee near the confluence of the Little Pigeon and the West Fork Rivers. The site consisted of a platform mound 16 feet high and 240 feet wide and traces of a large village with a palisade around it. The site was occupied between 1200 and 1500 CE by Dallas Phase peoples who belonged to the South Appalachian Mississippian culture. When scientists started investigating it in 1881, the mound was located on the McMahan family farm, hence the name. There is a sign placed by Tennessee Historical Commission that marks and describes the site of the McMahan Mound.

"9 Best Things to Do in Sevierville, Tennessee for Locals & Tourists - Restaurants, Hotels" Back to Top or Beautiful places near me, what to do, restaurants for breakfast, travel guide, nearest beach

What to do near my location downtown at night in fall, winter, spring, spa near me, summer, places to go, wedding venues near me, beach, wedding venues, open parks, hotels near me, burger, nature park, nice restaurants near me: UT, Indianapolis, From Kansas City, Mackinac Island, Chattanooga, RI, From Chicago, Sacramento, Nantucket, Girls Getaways, Santa Barbara, PA

9 Best Things to Do in Sevierville, Tennessee

You are reading "9 Best Things to Do in Sevierville, Tennessee " Back to Top

5 Best Things to Do in Townsend, Tennessee

25 Best Things to Do in Cincinnati, Ohio