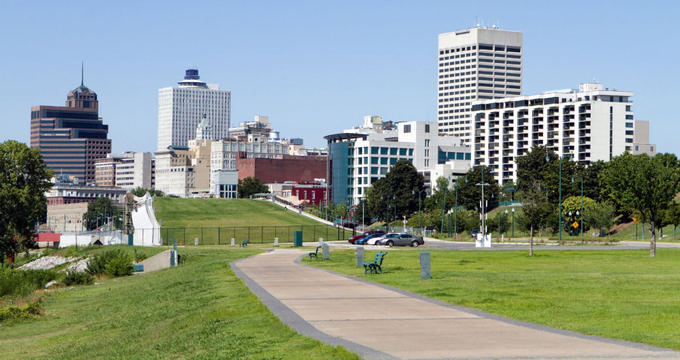 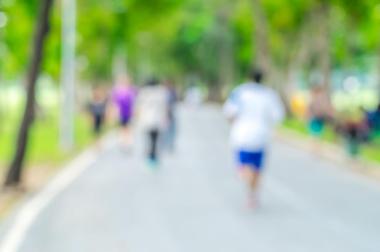 Richard and Annette Bloch Cancer Survivors Park is a two-acre park in East Memphis' Audubon Park, located adjacent to the park's Theater Memphis and Botanic Garden. The park was originally established by the R.A. Bloch Cancer Foundation as one of more than two dozen similar parks throughout the United States honoring those who have survived battles with various types of cancer. Several elements in the park are shared with all similar parks throughout the country, including a sculpture series by Mexican sculptor Victor Salmones depicting the stages of cancer recovery. Inspirational quotes for cancer survivors are engraved throughout the park's Positive Mental Attitude Walk, while cancer information and medical step instructions are showcased as part of the Road to Recovery. Wildflower plantings are meant to attract butterfly species, while a labyrinth garden offers opportunities for strolling and contemplation. 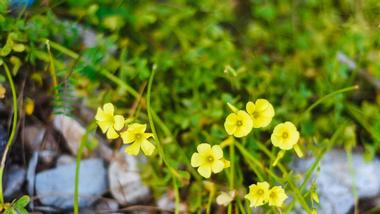 Chickasaw Heritage Park is an historic Memphis park located adjacent to the city's National Ornamental Metal Museum, originally known as Jackson Mound Park before its renaming in 1913 as DeSoto Park. The park in its current incarnation is constructed around two preserved Paleoindian ceremonial mounds that once serves as the fortress for noted Chickasaw indigenous chief Chisca. Throughout the American Civil War, the mounds were used for munitions storage. They are also believed to be the spot where Spanish explorer Hernando DeSoto first viewed the majestic Mississippi River during his expedition through the city in 1541. Visitors can climb atop the mounds and view beautiful panoramas of the city's skyline and riverfront between dawn and dusk. 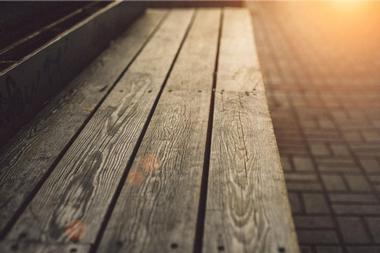 Court Square is a charming urban park in downtown Memphis, located along Court Avenue between Second and Main Streets. The park, which was one of Memphis' first four municipal parks laid out in 1819, is the only one of the quartet left intact today, located on land originally set aside for the construction of a city courthouse. Parkgoers can relax amidst beautiful scenery, including several central fountains, a gazebo, and a number of shaded benches and tables for enjoying lunches. Views of the city's restored antique trolley system are offered from the park as cars travel down nearby streets. Annual special events at the park include seasonal farmer's markets and a food truck festival. 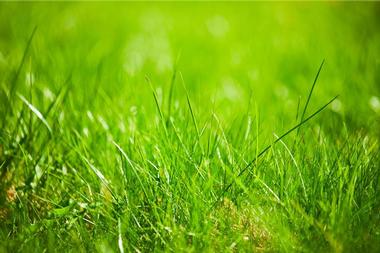 Jesse H. Turner Park is named in honor of American Civil Rights Movement activist Jesse H. Turner, the president of Memphis' Tri-State Bank and the longtime treasurer of the NAACP. The South Memphis park, which is located at the corner of Bellevue and South Parkway, also honor's Turner's son, Jesse Jr., who was the first African-American student to attend classes at a white high school within the Memphis region in 1967. Children can enjoy safe play opportunities at the park's playground, which has been recently updated with new and improved equipment. A lighted baseball field offers opportunities for community and league play, while a basketball court and tennis center are available for pick-up ages. Other amenities include a day-use picnic pavilion available for private event rental. 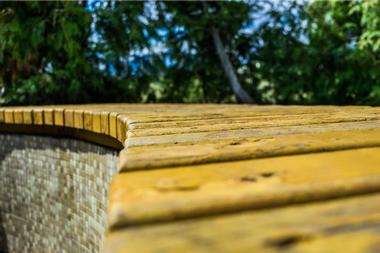 
Lichterman Nature Center is East Memphis' premiere arboretum and nature center facility, overseen by the city's Pink Palace Family of Museums. The nature center is home to a wide variety of indoor and outdoor animal exhibits, including a 65-acre wildlife observation facility that is home to native birds, reptiles, mammals, and amphibians that can be viewed from a three-mile nature path. A two-story forest boardwalk is also offered, along with a plethora of family-friendly exhibits at the facility's visitor center. Hands-on exhibits include preserved animal specimens, a lake cam, and an underwater viewing area. Special events are held throughout the year at the center's pavilion and amphitheater, including overnight youth outdoor programming. 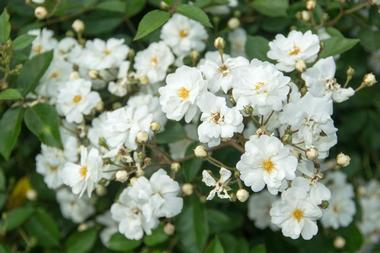 
Memphis Botanic Garden is a lovely 96-acre botanical garden in Memphis' Audubon Park, open to the public daily. The gardens were originally established within the park in 1953, with additions landscaped throughout the rest of the decade, including an arboretum, rose garden, and magnolia garden. Today, more than 23 specialty gardens are showcased at the facility, including a bicentennial iris garden, a Japanese tranquility garden, a sensory garden, and the Anne Heard Stokes butterfly garden. Young visitors can play and explore at the My Big Backyard children's garden, which offers interpretive displays and children's activities. Sandwiches and soups are served up throughout the week at Fratelli's Cafe, which offers scenic views of the park's water and sculpture gardens. 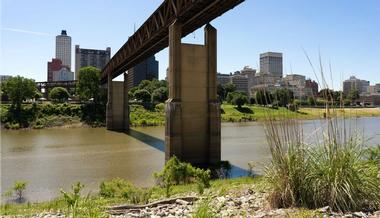 Memphis Park, formerly known as Confederate Park, is a beautiful Mississippi River park located on a bluff high atop Memphis' city waterfront. The park, which is located adjacent to the University of Memphis' Law School in the city's downtown district, is meant to honor Tennessee veterans of the American Civil War and World War I. A memorial honors the members of World War I Medical Society Members who died in the line of duty, while a plaque honors famed regional author and suffrage activist Elizabeth Avery Meriwether. Other memorials include a tribute to the 1862 Naval Battle of Memphis and a stone bench honoring the noted Crockett's Rangers Civil War Unit. 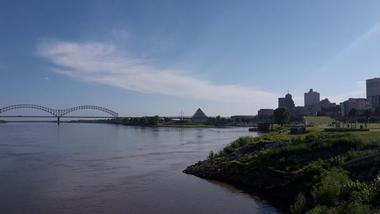 Mississippi Greenbelt Park is a spacious 105-acre park in Memphis' downtown district, known as a popular green space for walkers and cyclists throughout the year. A 1.5-mile pedestrian trail traverses the park's length, offering opportunities for complete loop 5K runs or walks. Large open dog walking spaces are offered, along with a boat ramp at the park's northern end, available for launching vessels into the majestic Mississippi River. Explore Bike Share stations are offered at each parking lot at the park, encouraging visitors to take to two wheels for exercise and exploration. Day-use picnic areas provide spectacular waterfront and sunset views. 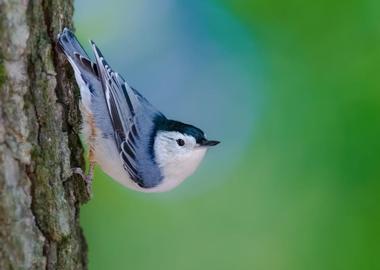 Overton Park is an expansive 342-acre public park in downtown Memphis, home to some of the city's biggest family-friendly attractions. The park, which was originally developed in 1902 and named in honor of city co-founder John Overton, is home to the 126-acre Old Forest area, which was designated as a State Natural Area in 2011. Visitors can explore the world-renowned Memphis Zoo, one of the United States' most popular zoological parks, or see seasonal concerts at the outdoor Levitt Shell, the venue known for launching Elvis Presley's music career. Other visitor attractions and facilities include the Memphis Brooks Museum of Art, the nine-hole Overton Golf Course, the 1.3-acre Overton Bark dog park, and the Memphis College of Art. 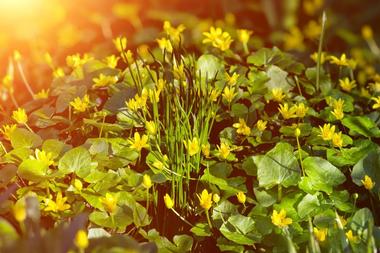 Peabody Park is a delightful city park located in Memphis' Midtown neighborhood, best known as the home of the Raymond Skinner Center, which offers recreational activities for community members with mental and physical disabilities. Throughout the summer months, young visitors can play at the park's aqua play splash pad, which is home to fountains, geysters, and misters. A children's playground is also offered, along with a small sporting field and two day-use picnic pavilions available for special event rental. Lovely metal sculptures showcase the work of local metalsmith Yvonne Bobo, entitled "Without Boundaries." A number of local festivals are held at the park throughout the year, including live music performances. 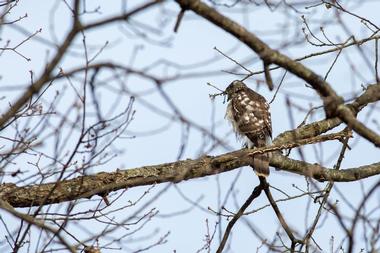 Shelby Farms is one of the United States' largest urban parks, spanning 4,500 acres, more than five times the size of New York City's famed Central Park. The lovely park was originally opened to the public as a recreational facility in the 1970s, after decades of use as a humanist reformer compound and a government penal farm. In 2008, the park was completely redesigned as part of a city initiative master plan, adding a plethora of hiking and biking trails throughout its grounds. Two lakes offer rowing opportunities, including Patriot Lake, which also offers pedal boat rentals throughout the summer months. Wildlife abounds, including a resident bison herd that can be observed in their natural habitat. Other attractions include the Shelby Farms Greenline trail, an 18-hole disc golf course, and an officially-sanctioned BMX racetrack. 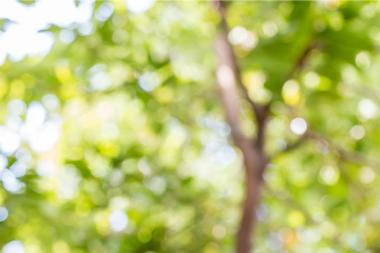 T. O. Fuller State Park is a delightful 1,138-acre state park within South Memphis, the only state park within the city's limits. The park, which is named in honor of activist and educator Thomas O. Fuller, was constructed throughout the late 1930s by the Civilian Conservation Corps, serving as one of the first state parks in America to admit African-Americans at the time. During its development, CCC workers unearthed artifacts belonging to an indigenous village at the site of a proposed swimming pool for the park. Today, the site is preserved as the Chucalissa Indian Village, which showcases archaeological excavations, a replica village, and a cultural museum. Park amenities include six miles of hiking trails, basketball, tennis, and softball courts, and day-use picnic facilities. A nature center also offers interpretive programming and natural history exhibits throughout the summer months. 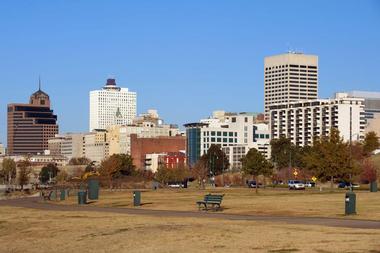 Tom Lee Park is a 30-acre city park that stretches along Memphis' Mississippi River waterfront, located immediately west of the city's downtown district. The scenic park is named in honor of African-American river worker Tom Lee, known for saving the lives of 32 passengers in 1925 aboard the shipwreck of the M.E. Norman. Today, the park serves as a popular destination for area joggers, walkers, cyclists, and rollerbladers looking for scenic exercise along the Memphis Grizzlies Riverfront Fitness Trail. Six fitness stations are also offered, along with two sand volleyball courts and a soccer field. Every year, the Beale Street Music Festival is held at the park, offering music performances throughout May.