5 Best Things to Do in Pickens, SC 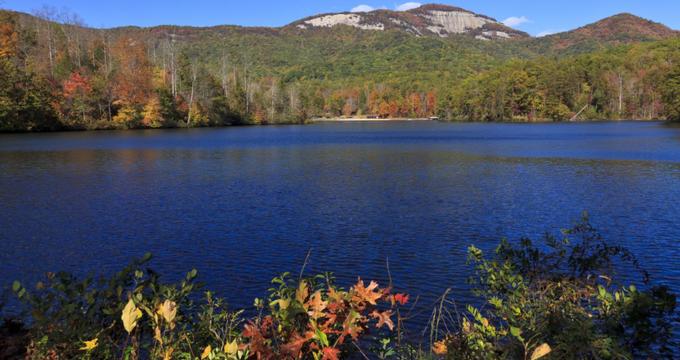 Pickens, previously called Pickens Courthouse, is a small city in Pickens County, South Carolina. Pickens is surrounded by several small mountains including Glassy Mountain, located east of Pickens. The most famous mountains in the area is Table Rock Mountain, located within the Table Rock State Park. Three miles north of Pickens is Hagood Mill, a water-powered grist mill constructed in 1845, operational until the 1960s. Jocassee Gorges, located about 30 minutes from Pickens, is named by National Geographic as one of the Most Beautiful Places in the World. The best spot to see it from is Jumping Off Rock. Soapstone Baptist Church is the oldest African-American church in the Upstate South Carolina. CDC information for travelers. Hours/availability may have changed. 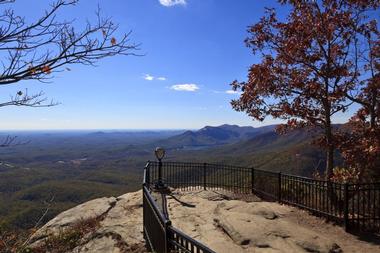 Table Rock State Park is a 3,083-acre park in northern Pickens County, South Carolina, at the foothills of the Blue Ridge Mountains. The park includes Pinnacle Mountain, the tallest mountain in South Carolina. One of the park’s main features is a lodge built by the Civilian Conservation Corps. It includes a kitchen and a dining room that can seat 72. There are two lakes in the park that are popular for swimming in the summer. Hiking trails lead to Mill Creek Falls, the Pinnacle Mountain summit and Table Rock summit. There is a nature center that provides educational programs. There are also picnic shelters and a kids’ playground. 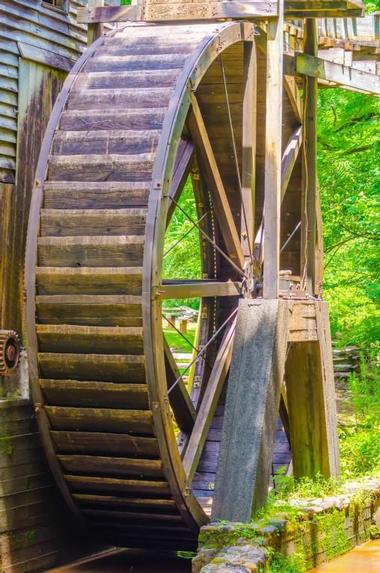 Hagood Mill is a functioning water-powered gristmill near Pickens, South Carolina, built in 1845 by James Hagood. The mill is a two-story unpainted building made of hand-hewn logs and covered with clapboard siding. The mill is located on Hagood Branch, also known as Jennings Creek. The creek is a tributary of the Twelve Mile River. The mills had existed on the same site as early as the 1790. The mill operated commercially until 1966. During its working life, the mill and the attached store were a gathering spot for locals. The mill and the property around it were donated in 1973 by the Hagood family to the Pickens Country Museum. The water wheel and the mill’s mechanical parts had to be rebuilt in the mid-1970s and they were restored by local historian and miller Alan Warner. 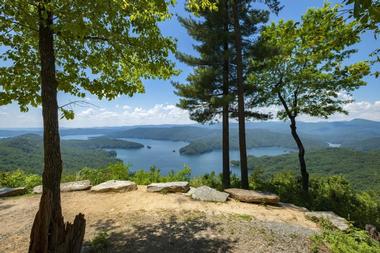 Jumping Off Rock is a rocky cliff near Pickens, South Carolina, considered by far the best spot to see the Jocassee Gorges. The cliff is also noted as the place where peregrine falcons are nesting. The gorge is part of the 33,000-acre Jim Timmerman Natural Resources Area in northern Pickens County. The rugged terrain is very beautiful but not easily accessible. The way to access the Rock is via Horse Pasture Road, a rough gravel drive that runs up steeply to the 2,000-foot high rock overlook. There are several small waterfalls along the way, and six other overlooks, all with breathtaking views. There is a stone bench at the North Carolina Overlook erected by the SC Bear Hunters' Association. What makes the view from Jumping Off Rock so spectacular is the lack of any development in sight, just pure mountains, forests and the crystal clear waters of Lake Jocassee. 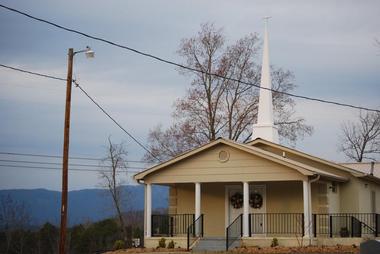 Soapstone Baptist Church in Pickens is the oldest African-American church in the Upstate South Carolina. The church was established and constructed in the late 1860s, soon after the Civil War , and had a school for the children of former slaves on the church grounds. The church was built by freedmen who settled in the beautiful foothills of the Blue Ridge Mountains. The name of the church comes from a soapstone outcropping on the site on which it was built. Soapstone Baptist Church still holds regular services and is best known for a fish fry it hosts every third Sunday. Proceeds from the fish fry go to keep the church going, and to preserve the historic slave cemetery discovered on property next to the church. 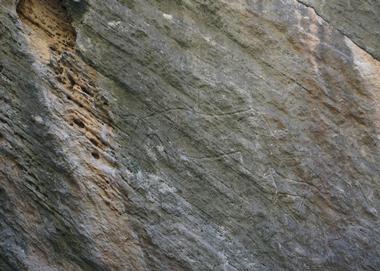 
The Hagood Creek Petroglyph Site is a museum at Hagood Mill Historic Site in Pickens County, South Carolina. The museum protects and exhibits in situ 32 rock art carvings that include 17 human figures. They are believed to be prehistoric. The petroglyphs were discovered in 2003 by Michael Bramlett, a volunteer with the South Carolina Petroglyph Survey organized by University of South Carolina archaeologist Tommy Charles. Charles believed that the carvings were prehistoric because they had been created presumably with stone tools and not by scratching or incising with metal. Their purpose and age are still not determined. The Hagood Creek Petroglyph Site is a barn-like structure built directly over the petroglyphs, to protect them and to facilitate display.


5 Best Things to Do in Pickens, SC