By VacationIdea Staff on December 2, 2022 - Updated 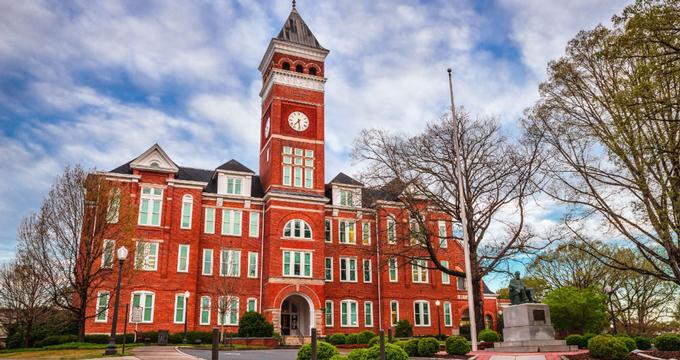 Clemson is located at the foothills of South Carolina’s Blue Ridge Mountains. The area is popular for outdoor adventure in the Sassafras Mountains, surrounding lakes and waterfalls. Most recognized as the home of Clemson University, Clemson has long landed in the top spot among rankings for its positive relationship between the campus and surrounding communities. In fact, much of the area’s historical sites, outdoor recreational sites and events are found within the campus borders. 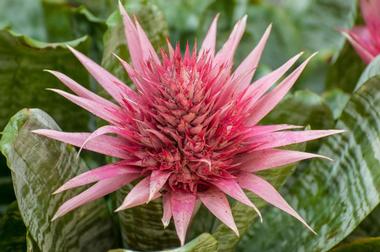 The 295-acre South Carolina Botanical Garden, or SCBG, is located on the Clemson University campus. The garden offers both manicured and natural landscapes, both of which hosts plants and wildlife native to the South Carolina Piedmont ecosystem. The Garden began in 1958 as a small plot of land next to the 19th century Fort Hill estate of John C Calhoun, and in 1992, was designated the state’s botanical garden. History within the garden includes the 1716 Hanover House and the 1826 Hunt Family Cabin. Walking and hiking trails and hard-surfaced paths throughout make the gardens accessible to visitors. Demonstration gardens include lessons on xeriscaping, wildlife habitat gardens, heritage gardens, and more. The garden also is home to an art gallery and geology museum.

-- You are reading "14 Best Things to Do in Clemson, South Carolina" Back to Top

Clemson University’s Memorial Stadium is known locally as Death Valley, and is home to the Clemson Tigers’ NCAA Division I football team. Built in 1942, the stadium has undergone several expansions over the years, and is now the largest in the Atlantic Coast Conference, seating 81,500 fans. Clemson has a 74% winning percentage at Death Valley. The nickname dates back to at least the 1950’s. It’s origins due to the cemetery on the hill that once overlooked the stadium, and a quote from a competing foot ball quote who once said he was “taking his team to Death Valley” where they’d surely lose to Clemson. Clemson Memorial Stadium was home of the NFL’s Carolina Panthers during their inaugural season in 1995, before they moved to their own stadium in Charlotte.

-- You are reading "14 Best Things to Do in Clemson, South Carolina" Back to Top 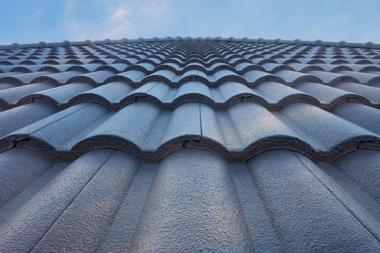 John C. Calhoun’s Fort Hill estate is a historic home located on the campus of Clemson University. The National Historic Landmark is now a library and museum named in honor of the politician who lived there from 1825-1850. The Greek revival style home with Federal detail was built in 1803 with a later addition in 1825. The fourteen room estate was willed to the state in 1888 for use by an agricultural college. The will stipulated that the home, rooms, and all contents of furniture remain unchanged. Clemson University has kept this promise, and the home is now open to the public as a museum. A two-year restoration project was completed in 2003.

, OH -- You are reading "14 Best Things to Do in Clemson, South Carolina" Back to Top 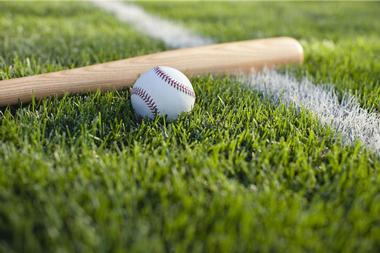 The Doug Kingsmore stadium opened in 1970 and since then, has been the home of the Clemson University Tigers’ NCAA Division I baseball team. Previously known as the Beautiful Tiger Field, the stadium was renamed in 2003 after Doug Kingsmore, a former Clemson baseball player who gave a $1 million gift towards the stadium’s renovation. New additions to the stadium include a plaza outside the press box, which is used year-round for receptions and events, enlarged restrooms, ticket stands and dugouts, chair-backed seats and a brick façade. Paw Vision is a giant replay screen. The stadium is also one of few in the country equipped with a Super-Sopper, which removes water from the field, reducing the number of rain-based cancellations.

-- You are reading "Fun Things to Do in Clemson, South Carolina this Weekend with Friends" Back to Top 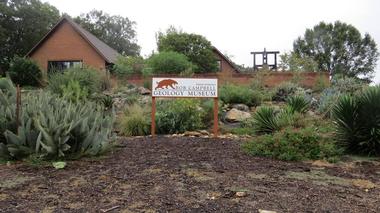 
Clemson University’s Bob Campbell Geology Museum is located within the South Carolina Botanical Garden. The museum’s mission is to stimulate respect and curiosity for our natural resources through understanding of geology and the history of our planet. Permanent exhibits include the display of a saber tooth tiger skeleton, as well as a life-sized reconstruction of what the animal would have looked like when roaming the South Carolina hills many years ago. Dinosaur displays include the complete skull of a tyrannosaurus rex, and a cast of his relatively small brain. The museum is home to an extensive collection of faceted gemstones, including the largest topaz crystal to be found in the United States. A glowing mineral room shows glow-in-the-dark rocks under UV light. Additional special exhibits rotate three times yearly.

-- You are reading "What to Do in Clemson, South Carolina this Weekend" Back to Top 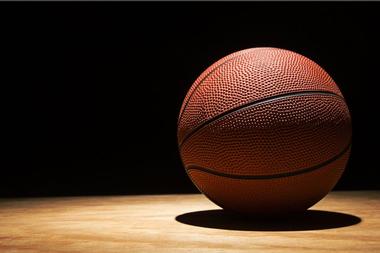 
Clemson University’s Littlejohn Coliseum is home to the men’s and women’s NCAA Division I basketball teams. In addition, the coliseum hosts over 150 events annually for both Clemson University and the public. Built in 1968, the building is named for 1908 alumnus James Littlejohn, the school’s first business manager. A strong supporter of Clemson athletics, both the Memorial Football stadium and the University’s original fieldhouse were built under his tenure. The coliseum was extensively renovated in 2003. Renovations nearly doubled the facilities square footage for expanded training rooms, weight rooms, concessions areas and public restrooms. Further renovations in 2011 upgraded the building’s exterior and added a 13,000 square foot practice gym among other amenities for the athletes.

-- You are reading "Top Romantic Tourist Attractions in Clemson, South Carolina" Back to Top

7.Brooks Center for the Performing Arts 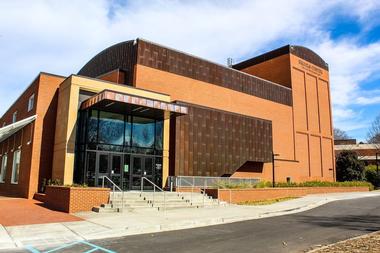 © Brooks Center for the Performing Arts

Clemson University’s home for the performing arts was founded in 1994. The 87,000 square foot theater hosts live music, dance and theater performances by students in the Department of Performing Arts and visiting artists. The facility offers a 979-seat auditorium, as well as a 100-seat black box theater and a small recital hall. With over 100 performing arts majors and a robust department of 50 faculty and 5,000 students, Clemson’s College of Architecture, Arts and Humanities offers programming in production studies and performing arts. In addition to adult programming, the Tri-Art series offers interactive morning performances for children ages 3-18.

-- You are reading "What is There to Do with Kids in Clemson, South Carolina" Back to Top 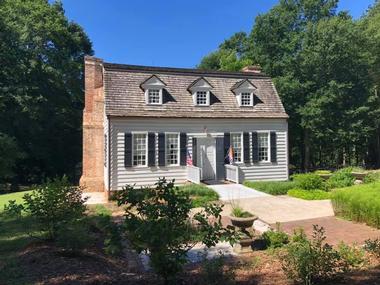 The French Huguenot Hanover House was built between 1714 and 1716. In 1940 it was moved from the South Carolina low country to the Clemson University campus. The wood house with a gambrel roof sits within the South Carolina Botanical Garden. Two chimneys on either end of the home provide fireplaces on the first and second floors. Currently open to the public as a historic home museum, the home is furnished with period pieces and reproductions donated by the descendants of the original owner, Paul de St. Julien. The home has been on the National Register of Historic Places since 1970. Restoration was completed by the National Society of Colonial Dames of America, a group of women descended from ancestors in pre-colonial America. 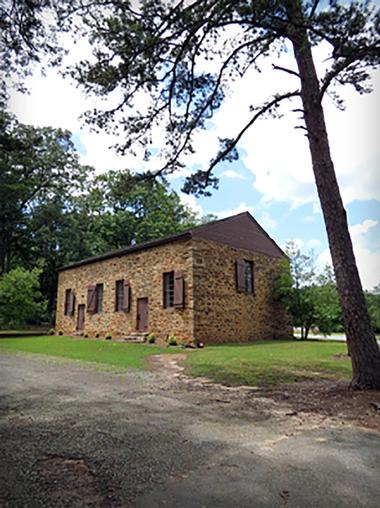 Clemson’s Old Stone Church was built in 1802 to replace the original wooden structure after it was destroyed by fire. The Presbyterian church was the place of worship for the frontier’s wealthy citizens, many of whom are buried in the cemetery and now have South Carolina counties named in their honor. The oldest graves in the cemetery date back to 1795, pre-dating the church. By the mid 1820’s, most of the congregation had moved to nearby Pendleton. Nevertheless, the church and cemetery were continually cared for by the Pendleton Presbyterian Church Commission. Today, the church is still in use for weddings and events, and burial plots may still be purchased.

, Michigan beaches -- "Best Things to Do in Clemson, South Carolina for Locals & Tourists - Restaurants, Hotels" Back to Top 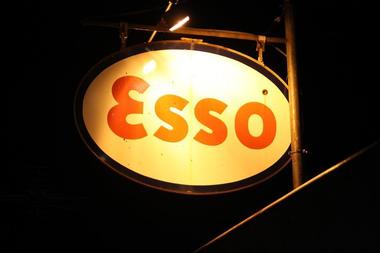 The Esso Club is a sports bar frequented by fans of the Clemson University Tigers. The Esso Club began as a small gas station in 1933, over the years the site expanded, and by 1952 there was a bar at the service station. It remained the only place in Clemson to sit and drink a beer until 1958. In 1972, a tenant began cooking BBQ in the station’s back yard. The site began to expand, and several renovations and owners later, stopped serving gas in the 1980’s. Today, the Esso Club is still the place to go for drinks and live music on football game days. The bar has garnered national attention and is frequently listed among the top college sports bars in the United States. Walls at the bar are covered with Clemson football photographs and artifacts, many of them signed. 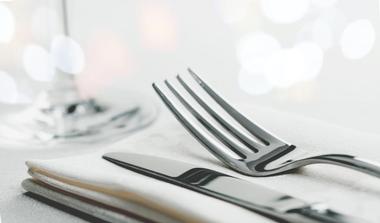 Calhoun Corners is a family-owned and operated Clemson institution, serving food for over 40 years. The restaurant is located in a historic building built in 1893, offering two levels of dining and a private dining apartment. Five fireplaces are all in use during the winter months, adding to the rustic, yet elegant ambience. The menu offers classic seafood, fowl and steak dishes. Each of the steaks is prime or choice cut beef grilled over infrared heat. The highest quality ingredients are used, and coffee is roasted weekly, ground to order. Popular made-from-scratch desserts include pretzel crusted pecan and key lime pies.

-- "New cool stuff to do in Clemson, South Carolina" Back to Top or Romantic Getaways

Pixie and Bills first opened in 1971 as Clemson’s original fine dining restaurant. Classic menu items have remained the same for over 40 years, including the lobster bisque, prime rib, and crepe desserts. Popular new menus items include the filet mignon, lobster and shrimp thermidor and Kentucky Derby pie. The restaurant is decorated with antique furniture and fine art by local artists. There is a main dining room, bar dining room, two patio dining areas, and a private dining room for events. The restaurant is locally owned and operated by the Corontzes Family, who have lived and worked in the South Carolina restaurant business for three generations. 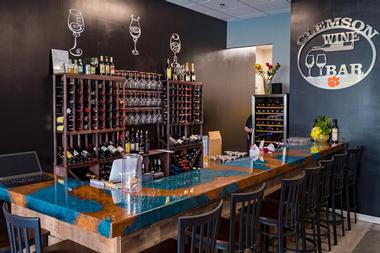 The Clemson Wine Bar is locally owned, and offers a selection of wines from around the world for both the casual enthusiast and the connoisseur. Wines may be purchased by the glass, as a flight, or by the bottle. Flights allow for the tasting of three complementary wines, such as oaked or unoaked chardonnay, and shiraz versus syrah. A selection of high quality meats and cheeses are offered to pair with the wines. Charcuteries, small plates and cheese boards include local jams and honeys and chef-prepared mustard along with olives, cornichons and nuts. Happy hour flight specials feature different wines each week.

You are reading "14 Best Things to Do in Clemson, South Carolina " Back to Top

17 Best Things to Do in Georgetown, South Carolina