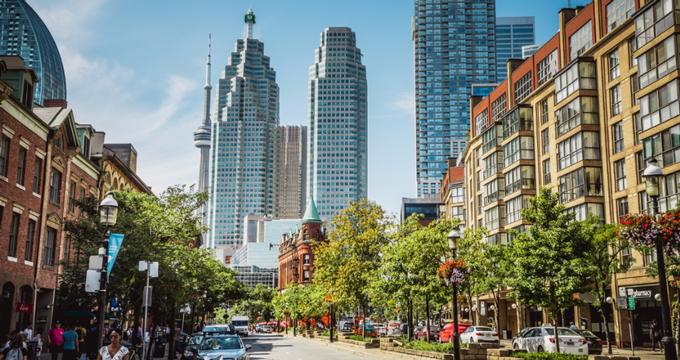 Canadian cities like Montreal, Toronto, and Vancouver are known as internationally-renowned dining destinations, home to acclaimed restaurants from award-winning chefs serving up global cuisine selections from cultures around the world. Diners can eat their way through the nation's annually-selection Top 100 restaurants list, which is voted on by leading restaurateurs, chefs, and food critics. French-style fare takes center stage in Montreal, while international offerings ranging from Spanish-style tapas to fast-casual Mediterranean fare dot the Toronto culinary landscape. Victoria is also home to some of the nation's top restaurants, including the Courtney Room, which is acclaimed for its international award-winning wine list. 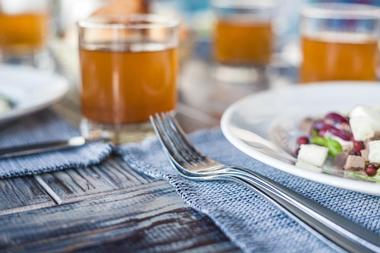 The Courtney Room is an elegant dining destination at Victoria's Magnolia Hotel and Spa, helmed by chefs de cuisine Brian Tesolin and Chris Klassen. The restaurant, which is located just two blocks from the city's inner harbor, was recognized as one of the top 100 restaurants in Canada by enRoute Magazine in 2019. It showcases an award-winning wine list, which received the Silver Wine Program Excellence Award from the Vancouver Wine Festival and showcases British Columbian and international wines. Diners can relax in casual ambiance meant to evoke the old grand dame hotels of Paris and enjoy classic French brasserie fare like line-caught halibut with summer squash and aromatic coconut broth, beef tenderloin Oscar with Dungeness crab and bearnaise sauce, and fermented almond garganelli. 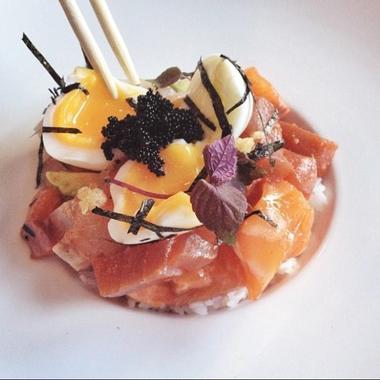 Shokunin Izakaya has been named as one of Canada's top 50 restaurants since its opening in 2016 by executive chef Darren MacLean. The restaurant is anchored around a unique open-concept kitchen, which crafts vibrant Japanese fare with traditional cooking techniques and local seasonal ingredients. Contemporary Japanese fare on the menu is prepared with unique ingredients like imported Canadian West Coast wasabi and cooks its entrees on binchotan-style Japanese charcoal, which is created from white ubame oak and does not produce flames. Diners can enjoy delicious selections like yakitori prepared with chicken livers, thighs, necks, or hearts or choose from entree favorites like chicken karaage with sake and ginger marinade or Humboldt squid tempura with spicy mayo and nori powder. 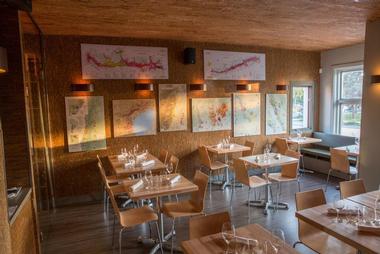 SOIF Bar à Vin is the latest restaurant offering from sommelier and restaurateur Véronique Rivest, the first woman to medal at the World's Best Sommelier Competition in 2013. The restaurant, which opened in 2014, is known for its award-winning menu of small and shareable plates, which focus on selections prepared with fresh, locally-sourced ingredients. All dishes are designed to pair with wines, including corn beignets, bison tartare, lamb and marjoram sausages, and housemade cheese and charcuterie boards. An extensive, ever-rotating list of international wines focuses on natural, organic, and biodynamic selections, with a focus on small and boutique producers. Indoor and outdoor seating is offered, including seating on a flower-lined patio filled with violas and marigolds. 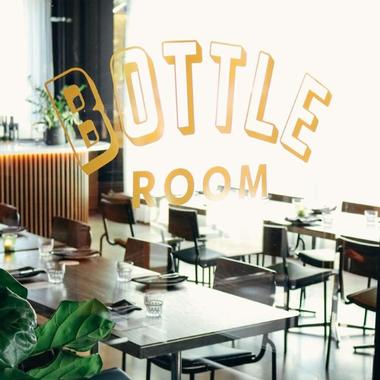 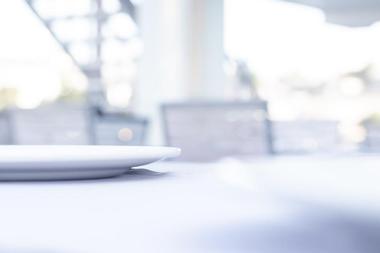 
10 Acres Kitchen is a charming farm-to-table restaurant named for its sister facility 10-acre farm, which cultivates organically-grown produce and ethically-raised livestock throughout the year. Victoria diners can enjoy elegant dining experiences throughout the week at the modern-style restaurant, which showcases sleek, richly-colored decor and comfortable seating. Housemade pastas take center stage on dinner menus, including selections like salmon and halibut tagliatelle, guanciale and morel mushroom spaghetti, and Dungeness crab-stuffed tortellini with asparagus veloute. Land and sea entrees highlight farm meats like trout, salmon, and Angus steak, paired with fine wine selections from around the world. Inventive twists on classic cocktails such as martinis and old-fashioneds are paired with signature drinks crafted with unique ingredients like elderflower, jalapenos, and ginger kombucha. 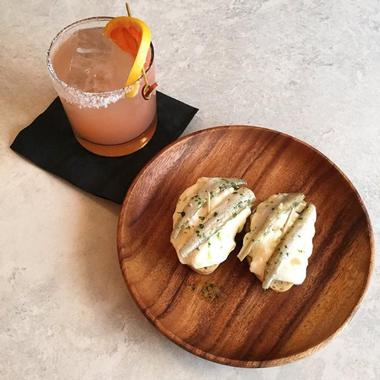 
Highwayman is the newest restaurant venture from the owners of Halifax favorite Field Guide, opened in 2016 on the city's Barrington Street. The Spanish-inspired tapas joint offers 40 intimate seats in its charming dining space, which features sophisticated decor meant to evoke the atmosphere of Barcelona cafes and bars. Galician-style tapas are served up at lunch and dinner, including selections like beef tartare, tuna belly, patatas bravas, and seafood towers stuffed with a dozen oysters and a variety of side dishes. High-quality spirits are prepared in house cocktails like the Cake Walk, which pairs American whiskey with strawberry-infused amaretto and egg whites, or the Minted Palona, which infuses tequila and Negroni with lime, mint, and grapefruit. 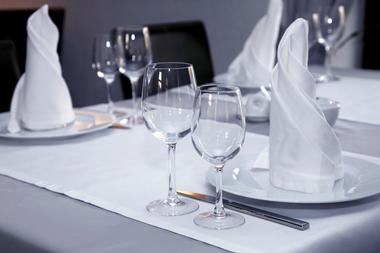 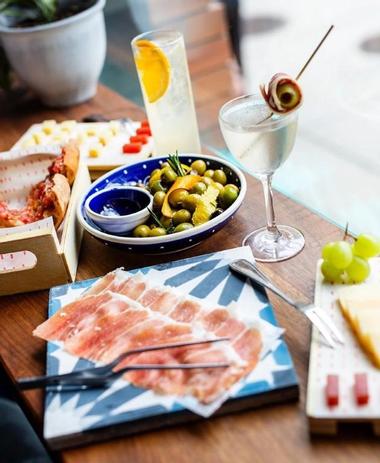 Labora Restaurant is a delightful Spanish restaurant in Toronto's King West neighborhood, opened in 2017 by executive chef Rob Bragagnolo. The restaurant, which is inspired by Bragagnolo's travels to Mallorca, has been named as one of Toronto's top 10 restaurants by NOW Toronto and has been listed as one of the nation's 100 best restaurants in 2018. What was once a small outpost located within the charming Campo Food Hall has become a full-service dining destination, taking over its entire former market space to serve up excellent tapas, paellas, and land and sea entrees throughout the week. Diners can enjoy favorite selections like patatas bravas, croqueta de jamon, or pan tumaca alongside authentic Spanish cured cheese and charcuterie boards. Entrees range from wood-grilled quarter octopuses with chorizo to classics like rubia gallega and pincho de pollo skewers. 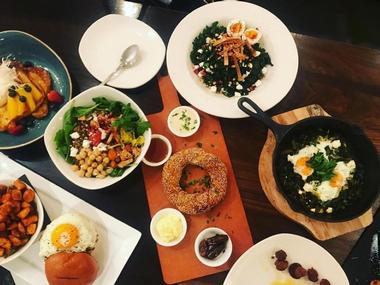 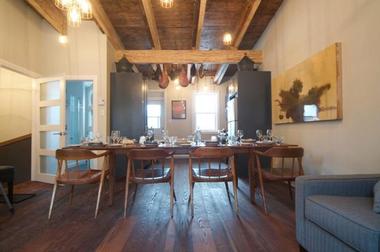 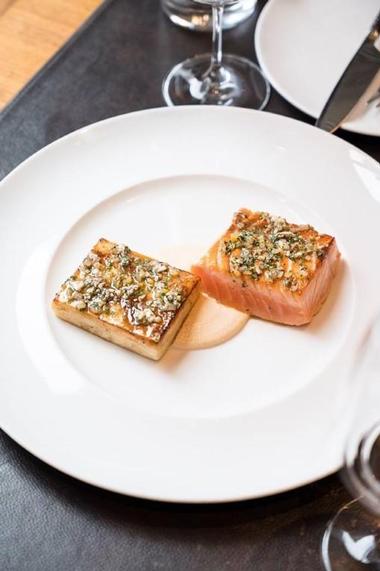 Buca Osteria and Bar is an Italian restaurant offering from critically-acclaimed executive chef Rob Gentile, opened in 2014 in the heart of Toronto's Yorkville neighborhood. The location is the second outpost for the restaurant and bar, which first opened its doors on the city's King Street. Artisanal Italian fare is served up throughout the week at lunch and dinner, adding to the first location's menu with more homemade pasta and pizza selections. Diners can enjoy favorites like maccheroncini di campofilone with Nova Scotia lobster, tonnarelli al polpo with squid ink pasta, or lombata di manzo prepared with Canadian bone-on prime rib and seasonal mushrooms. Pizza selections range from traditional favorites like pepperoni or funghi to unique varieties topped with lamb and pork sausage and green tomatoes.