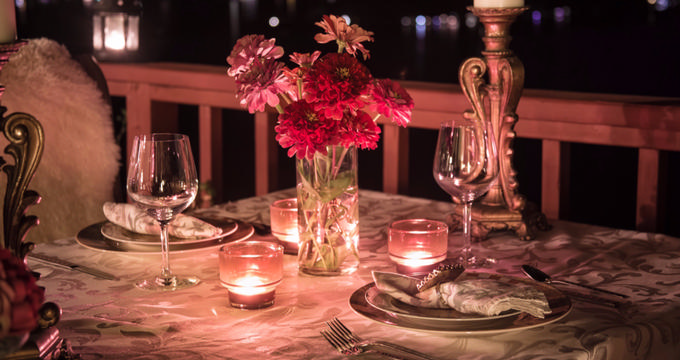 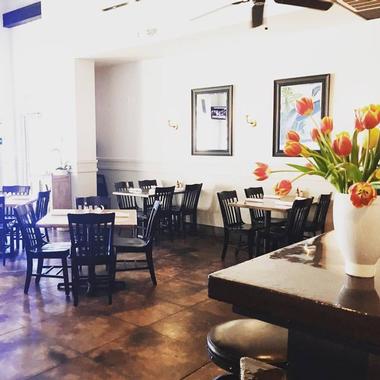 Eliza Restaurant is the vision of married duo Sally and Russell Davis, who have brought their shared interest and experience in the restaurant industry to the Louisiana culinary scene since the 2004 opening of the couple's Saltwater Grill. The restaurant, which has been open to the public since 2016, is named in honor of the couple's daughter and showcases contemporary Creole cuisine prepared with fresh, high-quality ingredients. Diners can choose from Southern-influenced fare such as catfish and crawfish etouffee, Louisiana-style crab cakes, and shrimp and grits at lunch and dinner, along with classic entrees such as filet mignon and crispy seafood platters prepared with a choice of shrimp, oyster, or catfish. Couples should note that reservations are not accepted at the restaurant and that all seating is offered on a first-come, first-served basis. 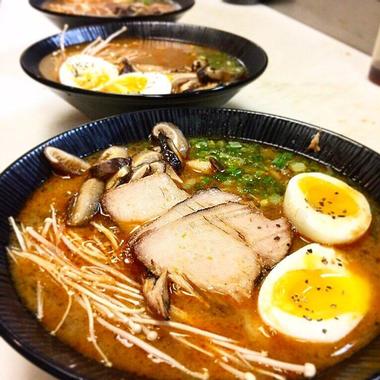 UMAMI Japanese Bistro brings the Japanese concept of umami to Baton Rouge diners, a word used to describe the fifth basic taste along with sweet, sour, bitter, and salty, which centers around pleasant, savory, comforting fare. The restaurant, which is helmed by executive chef Cong Nguyen, showcases creative interpretations of Japanese and Southeastern Asian cuisine at lunch and dinner seven days a week. Fresh, locally-sourced fare takes center stage in a wide variety of sushi and sashimi options, including nigiri options and house rolls stuffed with ingredients such as eel, snow crab, tempura shrimp, and spicy salmon. Couples can share hot and cold small plates such as hamachi crudo, tuna tataki, and kamikaze shrimp or choose from entree options such as samurai steak, teriyaki chicken, and yakisoba noodles prepared with chicken, tofu, or Gulf shrimp. 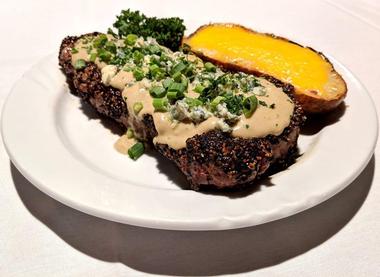 Louisiana Lagniappe Restaurant has been the recipient of a number of regional Baton Rouge dining awards, including designations as the city's best seafood and Cajun-Creole restaurant. The restaurant, which opened its first location in Destin, Florida in 1984 and moved to Baton Rouge in 1998, is named in honor of a colloquial word meaning "a little something extra" and showcases a full menu of time-tested Louisiana-style cuisine favorites at lunch and dinner. House specialties include fresh fish en papillote, fish pontchartrain and Louisianne, shrimp and Andouille sausage pasta, and chicken Acadiana. Delicious New Orleans-style steaks are served up daily, along with traditional seafood dishes such as jumbo lump crab meat au gratin, fried Gulf shrimp, and fried catfish. A full children's menu is available for couples dining with young ones in tow, highlighting easy Cajun favorites such as popcorn shrimp and crab fingers.

, OH -- You are reading "17 Best Restaurants in Baton Rouge, Louisiana" Back to Top Doe's Eat Place is known for its world-famous hot tamales, which have been showcased in Southern Living magazine and on Alton Brown's Food Network show Feasting on Asphalt. The restaurant, which is open to the public for lunch and dinner service throughout the week, was originally established in 1941 by Dominic "Doe" and Mamie Signa and is operated by second-generation family members today. High-quality steakhouse entrees include 21-day-aged filets, porterhouses, t-bones, and ribeyes, along with seafood favorites such as butter-poached trout and ahi tuna steak. Couples can also share down-home appetizers such as broiled or fried shrimp, Louisiana-style oysters, seared ahi tuna, and the restaurant's signature beef tamales, which are served with a cup of homemade chili.

-- You are reading "17 Best Restaurants in Baton Rouge, Louisiana this Weekend with Friends" Back to Top

-- You are reading "17 Best Restaurants in Baton Rouge, Louisiana this Weekend" Back to Top


Texas de Brazil is a popular family-owned churrascaria chain that opened its first location in 1998 in the Dallas suburb of Addison, Texas. The Brazilian-American steakhouse now offers a wide variety of locations across the United States and throughout the world, including a location in Baton Rouge. Diners can enjoy delicious Brazilian and Texan meats such as lamb, pork, chicken, and Brazilian sausage options, cooked over an open-flame grill and carved at the table by servers dressed as gauchos. All-inclusive dinner prices offer unlimited meats, with a red and green card system offered for diners to signal when they no longer wish to receive meat at their table. An immense salad bar is also offered, along with hot side dishes such as sweet fried bananas and Brazilian-style cheese bread. At the restaurant's bar and lounge area, couples can split bar bites and charcuterie boards or enjoy signature caipirinha cocktails.

Mansurs on the Boulevard is a fine Creole dining destination in Baton Rouge, originally opened in 1983 in the city's Village Square. Since 2003, it has been located at its current space on Corporate Boulevard, offering white-tablecloth service and nightly pianist performances in its elegant dining room. Award-winning upmarket dishes include the restaurant's acclaimed cream of brie and crabmeat soup, a staple of the Baton Rouge dining scene since the restaurant's opening. Steaks and specialty meats include filet mignon, platinum ribeye, and veal oscar. Other excellent fin and fowl selections include East Coast lobsters, duck Mansur, pontchartrain softshell crab, and shrimp and grits. At brunch, diners can choose from selections such as eggs Royale or Florentine, seafood crepes, and bananas Foster pain perdu. Due to its intimate, upscale setting, the restaurant is a frequent site for marriage proposals.

9.Restaurants Near Me: City Pork Brasserie and Bar

City Pork Brasserie and Bar is a unique full-service deli, charcuterie, and sandwich shop overseen by executive chef Scott Gautreau, specializing in Louisiana-focused cuisine centered around small-batch meats prepared in house. The restaurant's seasonally-changing menus showcase unique meats such as rabbit, duck, Andouille sausage, and Gulf-caught seafood alongside Louisianian specialties such as boudin and tasso. Customizable charcuterie boards are available with three, five, or seven meat and cheese selections, along with a lineup of delicious smokehouse-style sandwiches such as Cubans, pulled pork sandwiches, and pork belly hoagies. Diners can also choose from a variety of meat-focused entrees, including boudin-stuffed quail, rabbit and dumplings, and baby-back ribs with grilled peaches. The restaurant offers four locations throughout Louisiana, including a location in Baton Rouge's Old Goodwood neighborhood.

-- "17 Best Restaurants in Baton Rouge, Louisiana" Back to Top or Romantic Getaways

Gino’s Restaurant has been a legend on the Baton Rouge culinary scene since the mid-20th century, originally opened by the Marino family in 1966. The Sicilian family continues to own and operate the restaurant today, which is open to the public Mondays through Saturdays for lunch and dinner service. The restaurant is known as a favorite choice for couples in the Baton Rouge area, winning countless voter's choice awards for best date night restaurant and offering intimate live jazz performances each Thursday evening. Traditional Southern Italian fare is served up, along with Mediterranean-style steak and seafood entrees. Diners can choose from veal-focused favorites such as parmigiana and marsala, classic pasta dishes such as tortellini carbonara, Creole-influenced entrees such as angel-hair pasta with crawfish tails, or select grilled options such as chicken limone or filet mignon.

12.Restaurants Near Me: Beausoleil 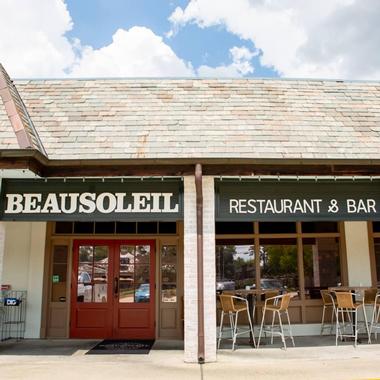 13.Restaurants Near Me: Cocha 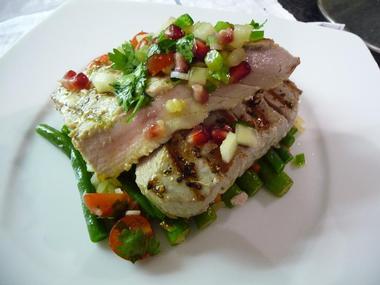 Cocha is a rustic Southern-style restaurant in downtown Baton Rouge, striving to create a community gathering atmosphere with communal table options available at lunch and dinner. Diners can enjoy dishes prepared with sustainable seafood, locally-sourced seasonal produce, and organic meats, showcasing the bounty of the Louisiana and Gulf Coast region. At lunch, diners can choose from Monte Cristo sandwiches, traditional Venezuelan arepas, or bok choy and black bean tacos prepared with a choice of steak or vegetables. Dinner options include seafood options such as seared scallops with saffron English pea puree, roasted rack of lamb with caramelized apples and shallots, and vegetarian entrees such as mushroom bourguignon and chiles en nogada. Brunch options range from pastrami-cured salmon latkes, Bombay-style burritos, and grilled salmon BLT sandwiches. A selection of local craft beers is offered to complement all meals, along with an international wine list and a lineup of seasonally-inspired cocktails. 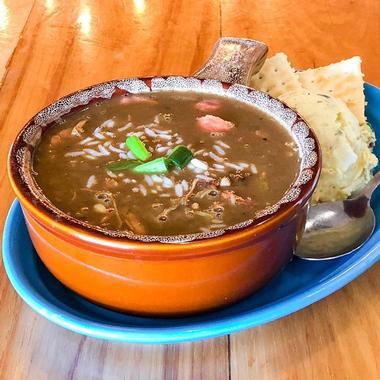 Willie's Restaurant and Bar is the vision of siblings Emily and Will Chapman, who have operated the Creole-style restaurant in Baton Rouge since 2011. The restaura, which is located on Coursey Boulevard, serves up high-quality entrees Tuesdays through Sundays at brunch, lunch, and dinner, including house specialty entrees such as seabass Cecily, catfish Waylon, Cajun-spiced pasta, hot fried chicken, and the restaurant's signature house-smoked ribs with secret barbecue sauce. Golden-fried seafood platters are also available at lunch and dinner, along with boiled seafood plates, po'boy sandwiches, and fried tuna or shrimp tacos. At weekend brunch, diners can choose from Southern-influenced delicacies such as apple pie waffles, pork and egg tacos, shrimp and grits, or seafood omelettes, with bottomless sangria, mimosas, and bloody marys available for an additional charge.

-- You are reading "17 Best Restaurants in Baton Rouge, Louisiana" Back to Top or Amazing things to do around me 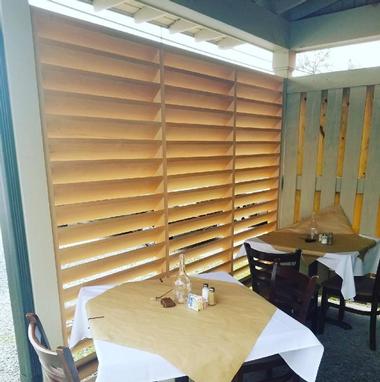 Digiulio Brothers Italian Cafe is a charming family-owned Italian restaurant in Baton Rouge, offering classic traditional service in a romantic atmosphere for more than 25 years. The restaurant, which is open to the public for brunch, lunch, and dinner service throughout the week, serves up a wide variety of delicious traditional Italian favorites, including classic eggplant parmigiana, veal avezzano, five-cheese lasagna, and veal osso bucco. Spaghetti and fettuccine are also available prepared in a variety of styles, including fettuccine alfredo, shrimp fettuccine, and traditional Italian-style spaghetti G.O.P. with garlic, olive oil, and fresh parsley. Couples can also enjoy a constantly-rotating wine list or split classic Italian dessert options such as tiramisu, cannoli, and chocolate raspberry truffles. 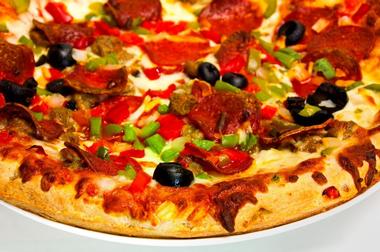 Pinetta's European Restaurant was opened to the public in its first incarnation in the 1960s, located on Perkins Road next to Cottonwood Books. The restaurant, which is helmed today by restaurateur Diane Baringer, serves up traditional Old World-style recipes originally cultivated by its founders, the Bubola family. Dark, intimate atmosphere makes for perfect romantic ambiance, evoking the style of a classic European tavern or wine bar. Classic Italian dishes are served up at lunch and dinner Mondays through Saturdays, including delectable favorites such as veal parmigiana, cannelloni, and homestyle spaghetti and meatballs with three-day-preparation marinara sauce. Lesser-known European favorites include Thuringen bratwurst, schnitzel Holstein, and musaca potatoes. 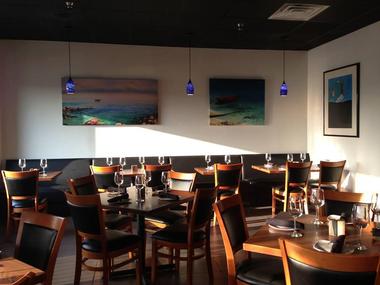 Zorba's Greek Bistro is a traditional Greek restaurant that was originally opened in 1984 by the Economides family, helmed today by second-generation family members. The restaurant, which reopened to the public in 2013, showcases charming cozy decor and a climate-controlled year-round outdoor patio, offering lunch and dinner service Tuesdays through Saturdays. A wide variety of land and sea entrees are available, including psaropita, shrimp santorini, chicken el Greco, and Greek-style rack of lamb with potatoes fornou. A variety of shareable hummus platters are also offered, along with beef, chicken, and shrimp souvlakis and tapas such as dolmades, horiatiki salata, spanakopita, and moussaka. For dessert, couples can share traditional Greek delicacies such as baklava, kataifi, chocolate doukissa, and galatoboureko.

You are reading "17 Best Restaurants in Baton Rouge, Louisiana " Back to Top