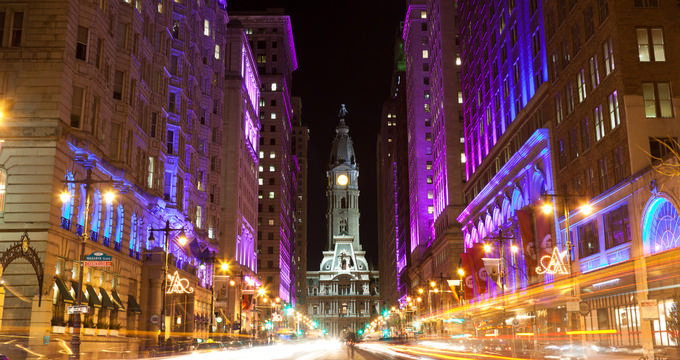 © Courtesy of Samuel B. - Fotolia.com

Hostels have so many advantages. Many people tend to assume that the only benefit of staying in a hostel is the fact that they offer the lowest room rates, but there’s much more to hostel accommodation than low prices. Many modern hostels also provide lots of free, convenient services like high quality breakfasts and high-speed internet access, as well as secure lockers to store any valuables. These locations also often feature friendly staff who can teach you more about the local area, as well as comfortable communal spaces like lounges, movie rooms, bars, cafes, kitchens, and more, giving guests cozy areas to relax and get to know each other, potentially making new pals.

Hostels are mainly situated in major cities, with Philadelphia being no exception. Pennsylvania's biggest city has a lot to offer, including lots of important historical sites and monuments like Independence Hall, the Liberty Bell, and the Independence National Historical Park, as well as other fun places to visit like the Museum of Art and the city's various parks, shopping streets, restaurants, and more. There’s a lot to do in Philadelphia and the city has several highly-rated hostels just waiting to welcome you in and provide all the services and amenities you need to enjoy a memorable stay.

Looking for hostels in Philadelphia? If so, you’re in the right place and you have multiple great options to choose from. Philadelphia is very popular with young travelers, so several great hostels have been set up in the city to offer friendly, low-cost accommodation for people who need it. These hostels are situated all around the city, offering convenient access to many key locations and landmarks. Read on to learn all about the top rated hostels in Philadelphia.

This Philadelphia hostel is only a short walk away from attractions like the Liberty Ball and Independence Hall, offering cozy dorms with bunk beds and shared bathrooms. Accommodation here is simple but clean and very affordable, with free Wi-Fi for all guests and complimentary tea and coffee making facilities too. There's also a communal kitchen area and a large lounge space with big-screen TV, as well as several games and instruments to play.

The first thing that really stands out about Apple Hostels of Philadelphia is its location. This Philadelphia hostel is literally just short walks away from several of the city's most popular points of interest like the Liberty Bell and Independence Hall. It's only a mile away from City Hall too and very close to several great eateries and bars. Basically, if location is one of your primary concerns when choosing a Philadelphia hostel, this is the one to pick.

Apple Hostels of Philadelphia offers a lot of variety in its room styles. There are private rooms, as well as semi-private dorms and fully shared dorms of both single-gender and mixed-gender varieties. Dorms come equipped with cozy bunk beds and nice decor, while private rooms offer a little more functionality. Services at this hostel include free Wi-Fi and free coffee/tea making facilities. Events like city tours and pub crawls are also organized here for all guests, and you can do your laundry on-site too.

There's a fully equipped kitchen for everyone to enjoy too, as well as an extensive lounge space fitted with games, books, movies, and more. You'll also find laundry services on-site, the mixed-gender dorms are nicely laid-out with secure storage lockers and clean bathrooms.