10 Best Things to Do in York, Pennsylvania 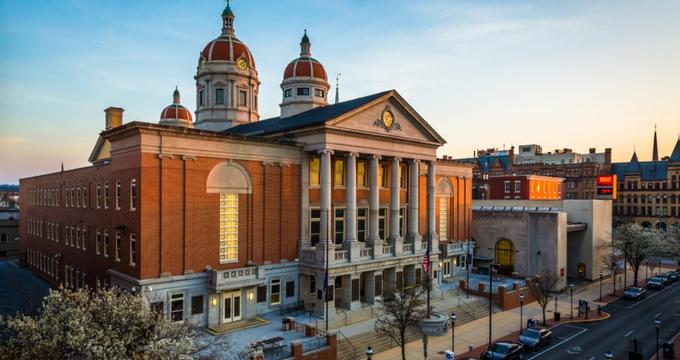 The “White Rose City” of York, Pennsylvania is a truly historic place, the town where in 1777, the Continental Congress adopted the country’s first constitution, the Articles of Confederation. There is much more to York, however, than just history. A theater, brewery, mall, more than a dozen parks, and much more provide visitors with plenty of things to do throughout the year for a day trip, a few days, or even an entire week. Of particular note, the Samuel S. Lewis State Park and the York County Heritage Rail Trail offer abundant opportunities for outdoor recreation. 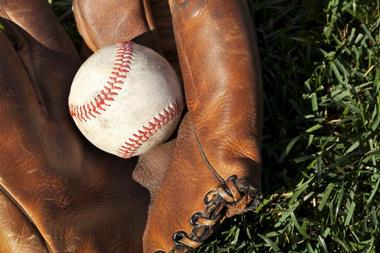 The PeoplesBank Park in York is a baseball park with 5,200 seats, hosting its first baseball regular season game in June of 2007, with the York Revolution home team beating the Newark Bears. Named in 2008 by the Atlantic League of Professional Baseball as “Ballpark of the Year,” the PeoplesBank Park is home to “The Arch Nemesis,” the tallest fence in professional baseball, taller than Fenway Park’s “Green Monster.” In addition to catching a game, baseball fans can also check out the Brooks Robinson Plaza, the Mezzogiorno Picnic Pavilion serving ballpark and regional fare, and the Stauffer's DownTown Playground. 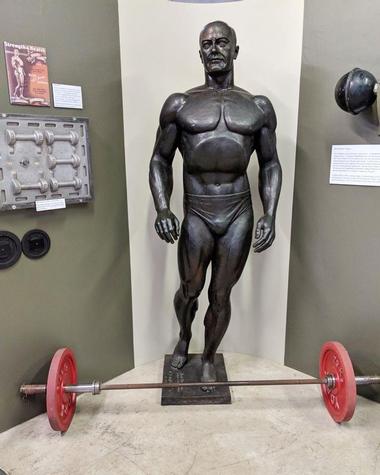 Housed inside a former 1921 automobile dealership, the York County History Center consists of many different exhibits that highlight the history of Pennsylvania’s York County, ranging from displays on the early American period and the Civil War era to fine arts and the decorative arts. These exhibits include area information dating back to the Native American settlers of York up to the early part of the twentieth century. The center also contains an expansive library for genealogy research. Also in the lobby of the York County History Center is an 1804 Tannenberg organ, which is still used during seasonal concerts. 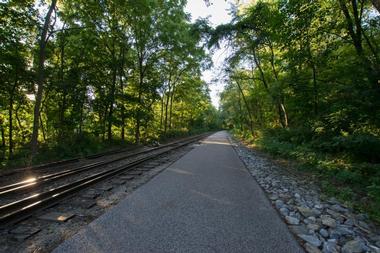 The York County Heritage Rail Trail is one of York County’s eight parks managed by the Department of Parks and Recreation, offering a great place for both local residents and travelers alike to find outdoor recreation opportunities. Stretching over 21 miles long, the trail winds its way through several scenic areas throughout the county. At ten-feet wide and made of a compacted, flat stone surface, the York County Heritage Rail Trail is well designed for horseback riding, running, bicycling, and hiking. The county park is also often used for snowshoeing and cross-country skiing during the winter season as well.

, OH -- You are reading "10 Best Things to Do in York, Pennsylvania" Back to Top 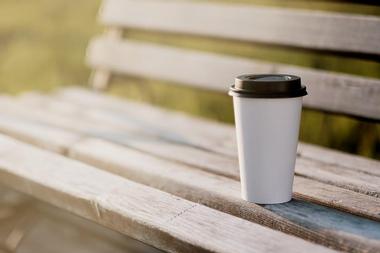 The Samuel S. Lewis State Park encompasses approximately 85 acres of the York, Pennsylvania area and is dominated by Mount Pisgah, a tall ridge separating the East Prospect and Kreutz Creek Valleys. One of the highlights of this state park is its overlook offering an amazing view out over the Susquehanna River Valley. Along with the views to be had, the park also provides an opportunity for several outdoor activities, including winter activities, playgrounds, ball fields, hiking, and picnicking. The crest of Mount Pisgah is a popular place for kite flying, and picnic tables are available on a first-come, first-served basis. 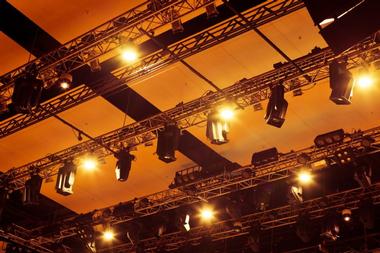 
The Belmont Theatre provides volunteers with opportunities to share their creativity, self-expression, and talents with the community of York, Pennsylvania both on and off the stage. A treasured aspect of the local community, the theatre is also home to the Belmont Academy, an educational component to the Belmont Theatre that offers classes in a wide variety of performing arts. In addition to its performing arts academy and other theatre workshops and classes, the theatre also hosts its regular schedule of plays and productions, as well as an array of other events, such as concerts and special events.

-- You are reading "What to Do in York, Pennsylvania this Weekend" Back to Top


A small, local brewpub, the Liquid Hero Brewery is situated in the downtown district of York and offers an array of different brews available on tap, with the beers made in the brewery just behind the bar. In addition to pints of beer on tap, the brewery also offers beer flights, as well as growlers and six-packs to go. As for food, Liquid Hero also serves a variety of options for guests who want a bite to eat while they sip on craft brews. Along with a selection of beer, the brewpub offers soft drinks, wine, and a handful of liquors. 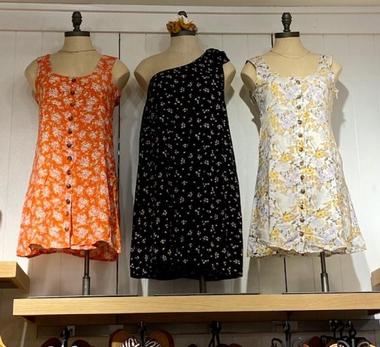 The York Galleria Mall is an enclosed, regional shopping destination in York, Pennsylvania offers a wide assortment of shops and retailers, including numerous specialty retail shops, Marshall’s, H&M, Hibbett’s Sporting Goods, Francesca’s, White Barn Candle, Boscov’s, The Bon Ton, and many others. There is also a food court with an array of counter service options on the upper level for when shoppers get hungry, such as Tokyo II, Bamboo Express, Sbarro, Subway, Taco Bell, Auntie Anne’s, and McDonald’s. There is also a Red Robin in the parking lot of the York Galleria Mall. A Texas Roadhouse is also located nearby. 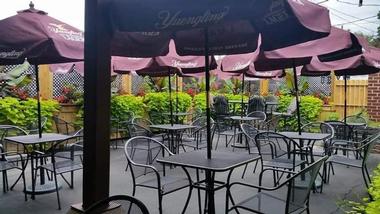 Located at the corner of Penn and Philadelphia Streets, the Roosevelt Tavern in York has a rich history and an emphasis on farm-to-table ingredients, striving to serve guests the highest quality of food possible. Menu items for lunch include Prime Angus burgers sourced from SkyBlu Farms and baked chicken pie from Green Hills Farm, while dinner options include dishes like filet mignon and the shrimp and scallop lasagna. There are also different daily specials. 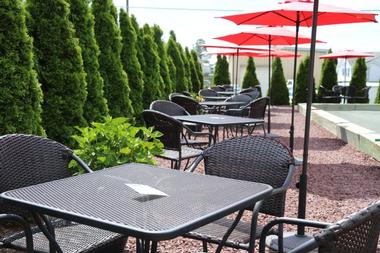 Victor's Italian Restaurant has been a popular staple in the neighborhood since 1984 and has become a reflection of the trattorias of Italy. While the caliber of wines and cocktails, thoughtful service, and the high quality food may suggest Victor’s is more of an upscale “ristorante,” the restaurant is a cozy neighborhood eatery with a quaint atmosphere that’s great for any occasion. The menu here changes seasonally, highlighting local ingredients whenever possible. The bar offers a variety of snacks, over 100 wines, and cocktails. Outdoor patio dining is offered during nice weather, and live music happens on Friday and Saturday nights.

, Michigan beaches -- "Best Things to Do in York, Pennsylvania for Locals & Tourists - Restaurants, Hotels" Back to Top 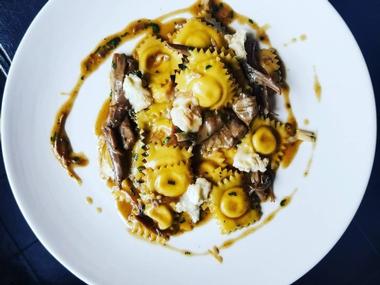 An Italian eatery embodying the “farm-to-table movement,” Tutoni’s Restaurant features a seasonally changing menu with many traditional recipes made with a few creative twists. Every dish served at Tutoni’s is fresh each day, with options including house-made pasta dishes, such as cavatelli, gnocchi, spaghetti, lasagna, and ravioli. All of the sauces, pasta, and more are made from scratch. Starters include a charcuterie board, soup of the day, and an assortment of salads, while entrees change with the season. Tutoni's Restaurant works closely with several local farmers in order to ensure the freshest food available to diners.

10 Best Things to Do in York, Pennsylvania

You are reading "10 Best Things to Do in York, Pennsylvania " Back to Top

10 Best Things to Do in Wellsboro, Pennsylvania

18 Best Things to Do in Bethlehem, Pennsylvania

18 Best Things to Do in Doylestown, Pennsylvania

16 Best Things to Do in Reading, Pennsylvania