4 Best Things to Do in Valley Forge, Pennsylvania 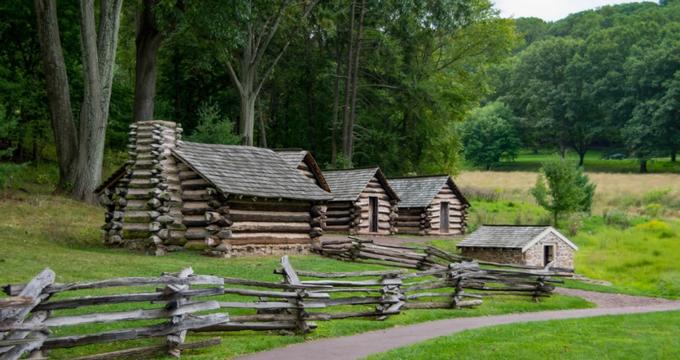 The Village of Valley Forge is best known as the home of George Washington's Continental Army encampment, a primary American Revolutionary War site during the winter of 1777-78. The village is home to the gorgeous Valley Forge National Historical Park, which preserves sites connected to the encampment and the area's military and pioneer history. Other area historic sites include the United States National Memorial Arch, honoring the Continental Army's soldiers, and the Freedoms Foundation's Medal of Honor Grove, which commemorates recipients of the prestigious military medal. CDC information for travelers. Hours/availability may have changed. 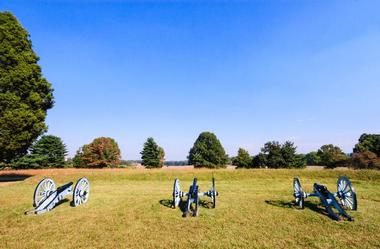 Valley Forge National Historical Park commemorates the site of the Continental Army's third winter encampment, which lasted between December of 1777 and June of 1778. Since 1976, the site has been protected as a national historical park, stretching across 3,500 acres throughout the Valley Forge area. Recreated historic encampment structures are showcased alongside monuments honoring Continental soldiers across the nation. A visitor center and museum highlight exhibits of Revolutionary War-era artifacts and provide an overview of the timeline of the American Revolution. Ranger-led programming is offered seasonally, including walking and trolley tours of the site. 26 miles of hiking and biking trails traverse the site, connecting to boating and fishing areas on the Schuylkill River. 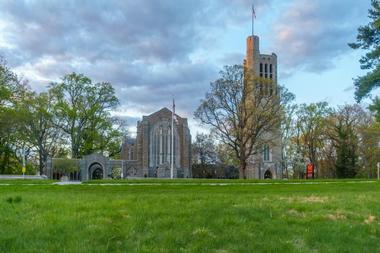 Washington Memorial Chapel is a national memorial dedicated to the memory of General and President George Washington, located on the grounds of the Episcopal church parish of the same name on Pennsylvania Route 23 within Valley Forge National Historical Park. The church, which is listed on the National Register of Historic Places, was designed by architect Milton B. Medary and was preserved as part of the development of the establishment of the Valley Forge Museum of American History. Visitors can explore the chapel's interior and grounds throughout the week or enjoy carillon concerts throughout the year at the chapel's bell tower.

You are reading "4 Best Things to Do in Valley Forge, Pennsylvania" Back to Top 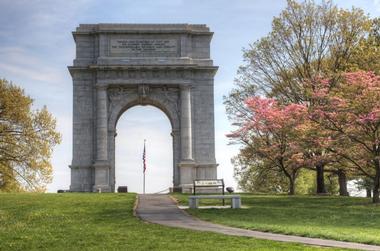 United States National Memorial Arch is a monument honoring the arrival of General George Washington's Continental Army at Valley Forge during the winter of 1777-78. The arch is located at the site of the former military camp, just 15 minutes northwest of the city of Philadelphia in Upper Merion Township. It is dedicated to the officers and private soldiers of the Continental Army and was designed by Paul Philippe Cret, designed to mimic Rome's Triumphal Arch of Titus. More than one million visitors explore the arch and its surrounding park grounds, which are overseen by the National Park Service, each year.

You are reading "4 Best Things to Do in Valley Forge, Pennsylvania" Back to Top 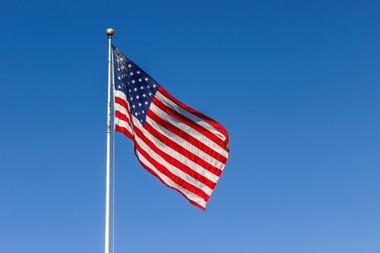 The Freedoms Foundation is a national nonprofit organization dedicated to preserving and promoting the history, legacy, and values of the Medal of Honor and the contributions of its recipients over the years. Visitors can explore the foundation's grounds, located adjacent to the beautiful Valley Forge National Historical Park, each day during daylight hours. Landmarks include the foundation's Bill of Responsibilities declaration, which outlines the organization's key principles and values, and the Medal of Honor Grove, which stands as the nation's only living testimony to medal recipients. The non-denominational Faith of Our Fathers Chapel holds wedding ceremonies, reflections services, and other special events throughout the year. Visitors can also bring their pets to explore the grove's 52-acre woodland park and its memorial statues and gardens.

You are reading "4 Best Things to Do in Valley Forge, Pennsylvania this Weekend with Friends" Back to Top or More places to see near me today, what to do, weekend trips


4 Best Things to Do in Valley Forge, Pennsylvania

Located in King of Prussia, Pennsylvania, Valley Forge National Historical Park commemorates the location of the Continental Army’s 1777-1778 third winter encampment, a training program that is credited with facilitating a notable turning point in the American Revolutionary War. Between December of 1777 and June of 1778, more than 12,000 members of the Continental Army trained at an encampment approximately 20 miles outside of Philadelphia known as Valley Forge.

Chosen as an encampment site because of its proximity to the cities of York and Reading and its strategic distance from British troops in Philadelphia, soldiers at Valley Forge trained under the leadership of General George Washington, enduring harsh weather conditions, diseases, and significant resource shortages. Despite the troops’ hardships, the training program and the morale and strategy it established is credited as a major turning point in the American Revolutionary War leading to eventual colonial victory.

In 1893, the Valley Forge site was established as a Pennsylvania state park, centered around General Washington’s former headquarters within the camp. The park was operated by the Valley Forge Park Commission until 1923, when the organization became part of the Pennsylvania Historical and Museum Commission. In 1961, the park was declared a National Historic Landmark, and in 1966, it was listed on the National Register of Historic Places. In July of 1976, in honor of the United States Bicentennial celebration, the park was gifted to the care of the National Park Service as a national historical park.

Today, Valley Forge National Historic Park spans more than 3,500 acres of land within the suburban Philadelphia city of King of Prussia, located near the Schuylkill River. More than 1.2 million people visit the park annually to explore its restored and recreated historic Revolutionary War-era structures, monuments, memorials, and museum facilities. The park also holds an extensive collection of artifacts related to the Revolutionary War and the declaration of America’s independence, including the George C. Neumann Collection, which contains 1,600 firearms and weapons utilized during the war, and the John F. Reed Collection, which highlights rare manuscripts and documents from the 18th century. A photograph and postcard collection is also highlighted, along with an archaeological collection of items uncovered during park excavations.

The park’s Valley Forge Visitor Center serves as an entrance point for the facility, offering a variety of park information and exhibits. Visitors may view the 18-minute orientation film “Valley Forge: A Winter Encampment” within the Center’s auditorium and may search through a muster roll of Continental Army soldiers who trained at the Valley Forge encampment. A special museum exhibit, Determined to Persevere, is also highlighted, and an Encampment Store sells Revolutionary War-themed books and gifts. A variety of ranger-led programming embarks from the Center, including 90-minute trolley tours and storytelling programs.

A number of preserved historic buildings are showcased throughout the park, including the Washington’s Quarters colonial home occupied by George Washington from 1777-1778, fully restored in 2009. Several other general quarters buildings are also located within the park and open to the public for exploration, including one utilized by the Marquis de Lafayette. A number of replica log cabins and earthwork structures have also been reconstructed based on historical accounts of structures used during the encampment, including an Inner Line Defenses ditch and an abatis.

The park’s Washington Memorial Chapel was constructed in honor of Reverend W. Herbert Burk’s 1903 sermon honoring George Washington and serves as a functioning Episcopal church, complete with a National Patriots Bell Tower carillon. A number of memorials are also located within the park, including the National Memorial Arch, dedicated with an inscription by George Washington in honor of the members of the Continental Army. In 2009, the park also acquired and restored the Valley Forge Train Station, which now serves as a museum and informational facility.

26 miles of nature trails are offered within the park, allowing for outdoor hiking and bicycling opportunities. Trails include the 8.7-mile Joseph Plumb Martin Trail loop, the River Trail, and the Valley Creek Trail. Several park trails also connect to broader Philadelphia-area trail systems. A variety of outdoor sporting and wildlife activities are also offered, including horseback riding, fishing, and kayaking along the Schuylkill River.

More Things to Do in Pennsylvania

You are reading "4 Best Things to Do in Valley Forge, Pennsylvania " Back to Top

Best Things to Do in the Poconos, Pennsylvania: Bushkill Falls