5 Best Things to Do in Pottstown, PA 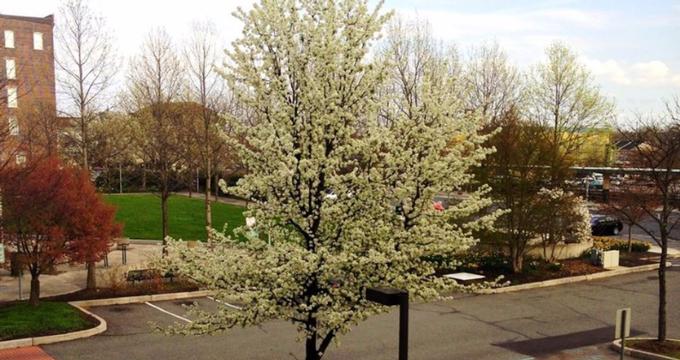 Pottstown is a lively borough in Montgomery County, Pennsylvania, about 40 miles from Philadelphia, on the banks of Schuylkill River. Pottsgrove Manor is an architectural beauty built in 1752, open to public and hosting a range of events. Steel River Playhouse is one of area’s major live performance venues, The Carousel at Pottstown was restored by local artists and volunteers from the remains of the historic 1800 carousel which was dismantled and sold. Ryerss Farm for Aged Equines was established in 1888 to provide home and care for retired, neglected and abandoned horses. Fricks Locks Historic District became a ghost town after residents abandoned it when the nuclear power station was built nearby. CDC information for travelers. Hours/availability may have changed.


1.The Carousel at Pottstown 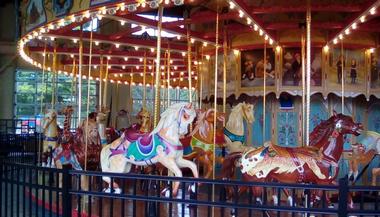 © The Carousel at Pottstown

The colorful, old-fashioned carousel located at the old Pottstown Metal Weld Building in downtown Pottstown has a long and lively history. One of the oldest in the country, it was built in 1905 by the Philadelphia Toboggan Company and originally had no moving animals and no chariots. It was at first located at Euclid Beach Park in Cleveland, Ohio. Since then, the carousel was moved many times until the early 80’s when it was dismantled, the original animals and decorations sold at auction and the rest placed in storage. Since then, over many years, the carousel was restored and rebuilt by hard work of a number of volunteers, artists, craftsmen and students. A master sculptor Ed Roth carved the new animals and local artists painted and finished them. Local machinists and mechanics updated and restored the mechanism. The carousel now carries 50 new and antique carved and painted wood figures and is back in business spinning around and making memories to so many kids. . 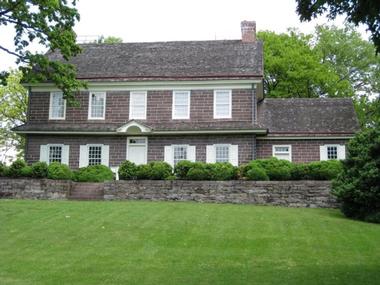 Pottsgrove Manor is a historic home in Pottstown, Montgomery County, Pennsylvania, located in today’s Old Pottstown Historic District. It was built in 1752 for John Potts and his family. A beautiful imposing large rectangular two-story house was built of sandstone and fieldstone in the Georgian style. It has a gable roof, five-bay façade and a center hall plan. The service wing was added between 1790 and 1805, and the east wing was built between 1941 and 1952 during a restoration. The architecturally significant house is open to the public as an example of 18th-century historic house museum and it is owned by Montgomery County. The house is listed in the National Register of Historic Places. 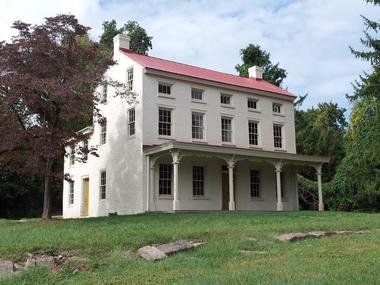 Fricks Locks Historic District, better known as Frick's Lock is an abandoned village near Pottstown, Chester County, Pennsylvania. It is located along the long abandoned Schuylkill Canal. The 18th-century village was abandoned in the late 20th century after the construction of the nearby Limerick Nuclear Power Plant. The village, spread on about 18 acres of a private land, is listed as a historic district by the National Register of Historic Places. This modern ghost town today consists of around ten buildings that are standing vacant and there is currently a joint effort between the local community and the power plant to have the buildings restored. 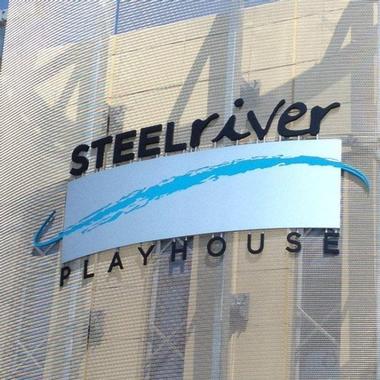 
Steel River Playhouse was originally established in 2001 in Chester County. In the wake of September 11, artists, educators, and area residents started to explore how the performing arts could bring people together and help them heal. In 2003, the playhouse have already produced several concerts, musicals and operettas. In 2005, it moved to Pottstown and started developing a performing arts center with a diverse performance styles and studio spaces for classes, rehearsals, acting, and instrumental lessons. In 2008 Steel River moved to the 20th century abandoned department store in Pottstown and transformed it into a modern performing arts center. 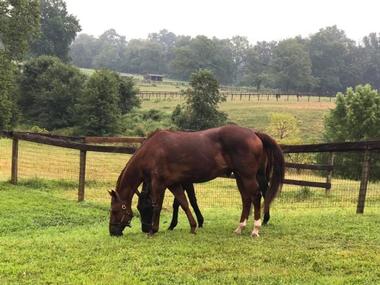 
Ryerss Farm for Aged Equines is a non-profit business established in Pottstown, Pennsylvania in 1888 by Ann Ryerss in order to provide home and care for aged, abused or injured horses. It is the place where they spend their golden years out to pasture, grazing and enjoying life with their friends. They are never worked, sent to auction or used for experiments. Some of the horses are brought to the Farm by their former owners, who wanted to provide for them a happy retirement. Others are rescued and brought by the SPCA or Large Animal Protection Society. Visitors to the farm are welcome and the admission is free but donations are appreciated.

5 Best Things to Do in Pottstown, PA

Romantic Getaways in PA: Ledges Hotel in the Poconos