Best Things to Do in Langhorne, Pennsylvania 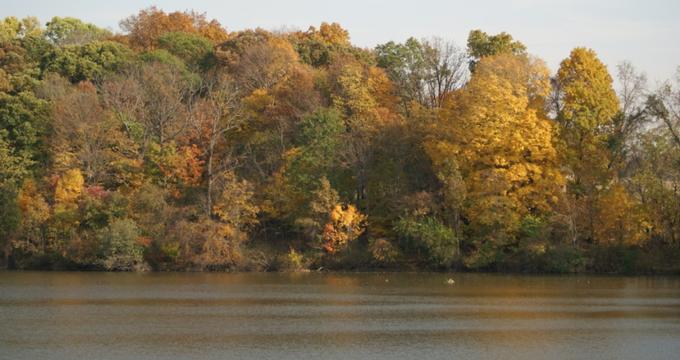 Langhorne is a tiny borough in Bucks County, Pennsylvania best known as the location of the popular Sesame Place amusement park. Lush Core Creek Park surrounds Lake Luxembourg and is a popular local hiking and fishing destination. Joseph Richardson House or the Langhorne Community Memorial Building, built in 1738 is a historic home in downtown Langhorne. Shady Brook Farm is a popular famers’ market, place to pick your own fruits and a location for the annual summer music festival. Hours/availability may have changed. 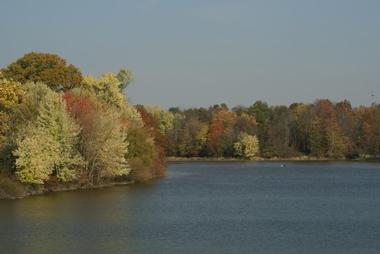 Core Creek Park is a 1,200-acre county park in Langhorne, Bucks County, Pennsylvania, surrounding the beautiful Lake Luxembourg. . The lake was created as a result of building a dam on Core Creek. The park is a popular picnic destination and features a number of grills, picnic tables and benches. There is a network of hiking, biking and horseback riding trails. The lake is popular for fishing, boating and ice fishing in the winter. Part of the lake freezes in the winter and is open for skating. The park also has several kids’ playgrounds, tennis courts, ball fields and open natural area. One part of the park is given to the dogs, who can roam off leash. The Core Creek Off Leash Dog Park is recognized as one of the best dog parks in the East. 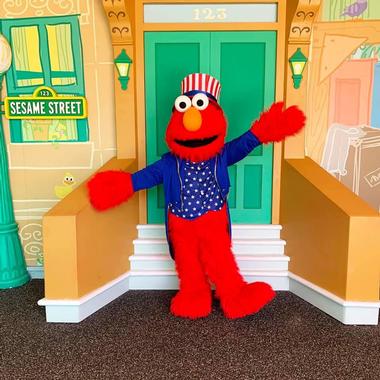 Sesame Place is a kids' theme park and water park, located in Langhorne, Pennsylvania, on the outskirts of Philadelphia. The park is based on the popular Sesame Street TV show. It includes a wide range of rides, water attractions and shows for young children. It is the world’s first theme park certified as autism center. It is owned and operated by SeaWorld Entertainment. The first Sesame Place opened in 1980 close to the Oxford Valley Mall, designed by Eric McMillan, Sandra Hanna and several other designers. The original park covered three acres and had play areas and special computer labs where kids painted their favorite Sesame Street characters. The park expanded to 14 acres, adding new rides and water attractions. The Cookie's Monster Land was added in 2014.

You are reading "Best Things to Do in Langhorne, Pennsylvania" Back to Top 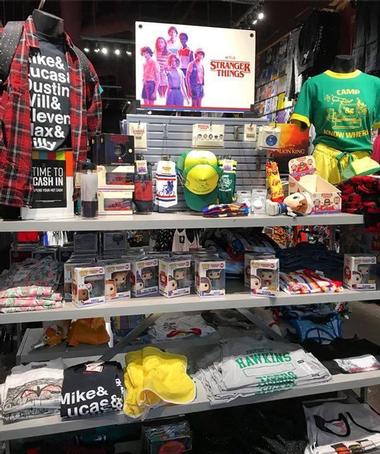 The Oxford Valley Mall is a two-story shopping center located near Langhorne in Bucks County, Pennsylvania, near the famous Sesame Place children amusement park. The mall was developed in 1973 by The Kravco Company and it is operated and almost completely owned by the Simon Property Group. Its only anchor department stores are Macy's and JCPenney after Sears closed in 2018. Besides the large department stores, the mall has almost 150 specialty store, including Abercrombie & Fitch, Hollister, Pandora, The Disney Store, Sephora, White House Black Market and H&M. The dining options include T.G.I. Friday's, Bertucci’s and Ground Round. The convenient location and upscale retailers make Oxford Valley Mall one of the best malls in Bucks County.

You are reading "Best Things to Do in Langhorne, Pennsylvania" Back to Top 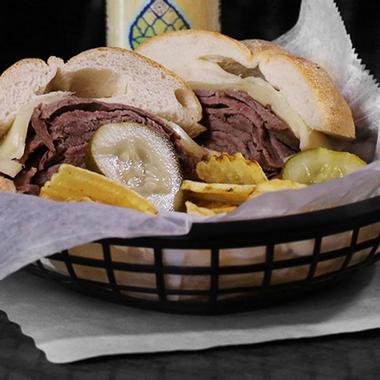 Located in Woodbourne Square Shopping Center in Langhorne, Pennsylvania, Sandy's Beef and Ale is a lively, friendly pub founded in 1967. It is known for its great atmosphere, ten beers on tap, excellent food and regular Saturday night life music events. The food is elevated pub grub with large menu of everyone’s favorites, including their signature roast beef sandwiches and daily specials such as roast turkey and fried shrimps. Sandy’s is a popular place to come and watch a game with friends on one of many flat screen TVs, stop after work with colleagues for a cocktails or bring the family for some roast beef or chicken fingers.

You are reading "Best Things to Do in Langhorne, Pennsylvania this Weekend with Friends" Back to Top or More places to see near me today, what to do, weekend trips


Best Things to Do in Langhorne, Pennsylvania

Located in Philadelphia, Pennsylvania, the Water Park at Sesame Place offers family-friendly water rides and attractions within an amusement park complex based on the characters and themes of the Sesame Street public television program. The American educational children’s program Sesame Street debuted on the Public Broadcasting System network in November of 1969, following extensive laboratory research on how best to use television as a positive educational medium.

The program was conceived three years earlier by Joan Ganz Cooney and Lloyd Morrisett of the Carnegie Foundation and was produced by the Children’s Television Workshop, in conjunction with the puppetry studios of American puppeteer Jim Henson, best known as the creator of the Muppets. Throughout its five decades of production, the series has become an iconic children’s television program and flagship broadcast of American public television, using educational goals and production techniques reflecting the changing nature of American culture. According to a 1996 survey, nearly 95% of American preschoolers had watched episodes of Sesame Street by the age of three.

Designed as a live-action theme park modeled after the characters and themes of Sesame Street, the Sesame Place amusement park opened in 1980 at a location near Philadelphia’s Oxford Valley Mall and is credited with serving as a catalyst for the area’s commercial revitalization. At its opening, the Philadelphia park encompassed three acres, though it has since expanded to a size of more than 14 acres. In 2007, the park became the first smoke-free theme park in the state of Pennsylvania. Several sister facilities have operated throughout the United States and the world, including the Plaza Sésamo park in Monterrey, Mexico and former park sites in Irving, Texas and Tokyo, Japan.

Today, Sesame Place is owned and operated by SeaWorld Entertainment, which operates a total of 11 amusement park facilities throughout the United States, including SeaWorld Orlando, Busch Gardens Williamsburg, and Discovery Cove. SeaWorld Entertainment operates the park under a special license from the Sesame Workshop and operates a number of Sesame Street-themed children’s areas within other Busch Gardens and SeaWorld parks throughout the country. A variety of water and land rides are offered at the Philadelphia park, along with live shows, restaurants, and interactive children’s play areas.

Nine water rides are offered at the park’s waterpark, including the Sesame Streak twisting chute water slide, which allows parents and young children to experience safe thrills together in single or double rafts. Two intertwining body flume slides are offered at Bert and Ernie’s Slip and Slide, ending in a splash pool area, and four 75-foot slides are part of the Slippery Slopes wet adventure. The Sky Splash slide offers a six-story drop within a raft navigating oversized toys, including an eight-foot-tall rubber duckie. Introductory thrills are also offered for young riders at the Slimey’s Chutes double inner tube slide.

Rather than being contained as a separate waterpark area, water rides are located throughout the Sesame Place park in a number of attraction areas, including Twiddlebug Land, Sesame Island, and the Count’s Castle Courtyard. Major dry rides at the park include the Vapor Trail family helix roller coaster, the Count Around Ferris wheel, and the midway-style rides of Cookie’s Monster Land, including a pirate ship ride, a teacup ride, and a high tower offering views of the park at 40 feet. A number of shows and parades are featured daily at the park, including Elmo: The Musical! and the Neighborhood Street Party Parade, featuring costumed Sesame Street characters. A number of park areas also offer photo opportunities with Sesame Street characters, including 1-2-3 Smile With Me! and First Stop Photos.

Park dining options include Elmo’s Eatery, Captain Ernie’s Bistro, and the Cookie Cafe, offering family-friendly American fare. A variety of gift shops offer Sesame Street-themed souvenirs, including Mr. Hooper’s Emporium and Finders Keepers. Hotel packages are available for discounted overnight stay, and birthday party packages are offered for children wishing to celebrate their birthday at the park. A number of public special events are offered at the park throughout the year, including the Santa’s Grand Illumination tree lighting and Very Furry Christmas celebration.

You are reading "Best Things to Do in Langhorne, Pennsylvania " Back to Top