Things to Do in Lancaster, Pennsylvania: President James Buchanan’s Wheatland 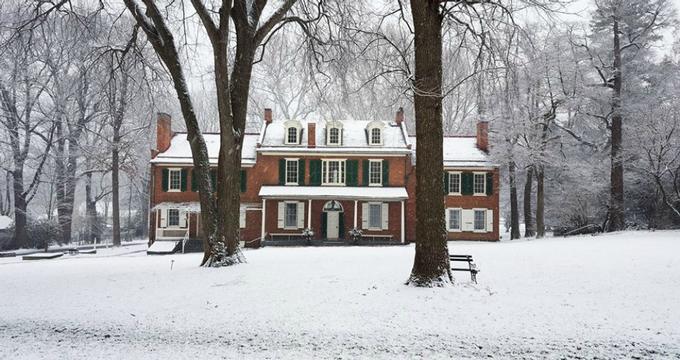 Located in Lancaster, Pennsylvania, President James Buchanan’s Wheatland is an exclusive look into Buchanan’s personal life and significance. Visitors are encouraged to explore the estate and grounds inside and outside.

On November 20, 1824, a Lancaster bank received more than 403 acres of land from a local farmer. Four years later, a lawyer named William Jenkins purchased the land for approximately $11,732. During Jenkins’ ownership of the land, he built a house. Since the location of his house was surrounded by wheat fields, Jenkins named his estate “The Wheatlands”. In 1841, Jenkins sold a portion of his land, as well as his house to his son in law. Four years later, William M. Meredith bought this designated site from Jenkins’ son in law. Since Meredith was Philadelphia’s head of the bar, he was unable to live at Wheatland year round. Thus, he and his family used Wheatland as a vacation home during the summer.

In December 1848, then Secretary of State James Buchanan purchased the estate. During the 1852 election, Buchanan attempted to win the Democratic nomination. Unfortunately, he wasn’t chosen. But, Franklin Pierce appointed Buchanan as Great Britain’s Minister. So, Buchanan moved to Great Britain for the next four years.

On June 1, 1868, Buchanan passed away in his Wheatland home. Harriet Lane inherited the estate and used it as her family’s summer vacation home until 1884 when she sold it to George Willson. When Willson passed away in 1929, his cousin Mary Willson Rettew inherited the estate. Under Rettew’s will, her family’s heirlooms would be preserved within The Willson Memorial Building, which would be part of the Lancaster County Historical Society.

On February 27, 1936, the James Buchanan Foundation for the Preservation of Wheatland purchased Wheatland. A few months later, the Foundation opened the estate to the public and honored the house as a presidential shrine. One year later, Wheatland was officially recognized as a National Historic Landmark and part of the National Register of Historic Places.

The only attraction at President James Buchanan’s Wheatland is the estate and grounds itself. After exploring the estate, visitors will be able to identify why the Federal style home was known as Buchanan’s “agreeable country residence about a mile and an half from Lancaster”.

It’s important to note that visitors are required to participate in a guided tour around Wheatland. There are some rules for people touring Wheatland. These rules include:

· No flash photography or additional lighting.

· Food and beverages are strictly prohibited.

· Backpacks, large bags, and camera bags must be left in vehicles.

The only educational opportunity available at President James Buchanan’s Wheatland is the estate and guided tour itself. It’s important to note that guided tours take at least one hour and full up quickly. That being said, it’s best to reserve your tour in advanced, especially if you plan on visiting Wheatland during the summer or holiday season. It’s also important to note that since President James Buchanan’s Wheatland is not officially part of the National Park Service, they do not honor any National Park Service membership identification cards or special discounts.

The Mansion is home to many special events in the community These are usually private events, or events that are open to the public but do require advance ticket sales.

Wheatfield also puts on many unique and specially tailored tours throughout the year lead by the curator and community historians. Some of these events include African American Heritage walking tours, living history events, Presidential lecture series, and other Historical lectures.

1808 to 1857: How Young, Precocious James Buchanan Became the “Old Public Functionary” is a specialized tour event in which participants will explore exclusive artifacts and collections, as well as stories about James Buchanan’s life. This journey will transport guests back to Buchanan’s early years at Dickinson College, and all the way up to his presidency.

After exploring President James Buchanan’s Wheatland, stop by one of the area’s Museum Stores. There are two Museum Stores, one of which is located on North President Avenue and the other on Lancaster’s West King Street. The Museum Stores sell a variety of souvenirs, such as different types of art, books, and seasonal items.

Back to: Lancaster, Pennsylvania