Best Things to Do in Pennsylvania: Longwood Gardens in Kennett Square 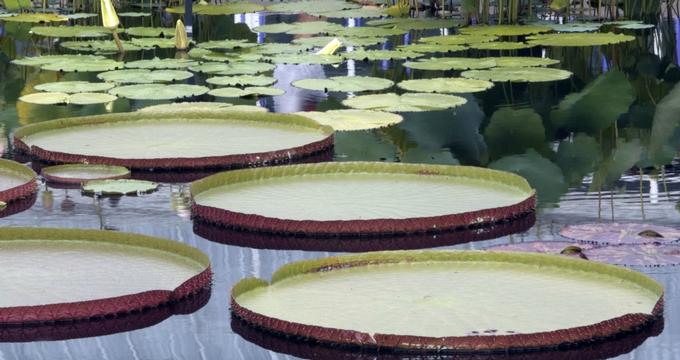 Located in Kennett Square, Pennsylvania, Longwood Gardens aims to sustain and present vibrant public gardens while providing valuable horticulture educational opportunities. Visitors can expect world-class gardens, landscaping, and sculptures as well as exciting events and programs for members of the entire family. CDC information for travelers. Hours/availability may have changed. 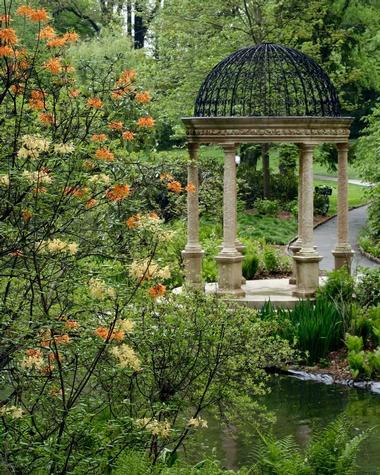 The land which currently houses the Longwood Gardens has a rich cultural history dating back to when the native American tribe, Lenni Lenape, called the land home. The tribe were stewards of the land for thousands of years and evidence of their residence have been found all over the property.

However, in the year 1700, George Peirce, a Quaker farmer, purchased 402 acres of the land to build a farm for his family. The land was cleared and provided the family with rich soil and prosperity for decades.

In the year 1730, the son of George Peirce, Joshua, had a brick farmhouse built on the land – the house is still standing today. As the years went on, the property was passed down from generation to generation of the Peirce family and in the early 1800’s, 15 acres were used to plant and arboretum with rare tree species.

By the mid-19th century, the arboretum and the surrounding park became a popular place for members of the local community to gather. This was when the area received the name – Piece’s Park. Over the years, the park began to deteriorate and by 1906, a member of the community, Pierre du Pont, had purchased the land. His goal was to not only preserve the trees but to create a gorgeous formal garden filled with walking trails and European influenced landscaping.

Throughout the next few decades, du Pont built an open-air theatre, a 600-foot flower walk, formal gardens filled with fountains, and had built many new additions to the land. He purchased 25 pieces of land over the following years, growing the gardens to more than 900 acres.

His gardens became the hit place to attend garden parties and host special events. It was then that the gardens received their formal name – Longwood Gardens. Many changes occurring through the 1900’s, new directors, the addition of research and educational activities, sustainability and conservation efforts, and much more. Today, the gardens are known as some of the best in the world. 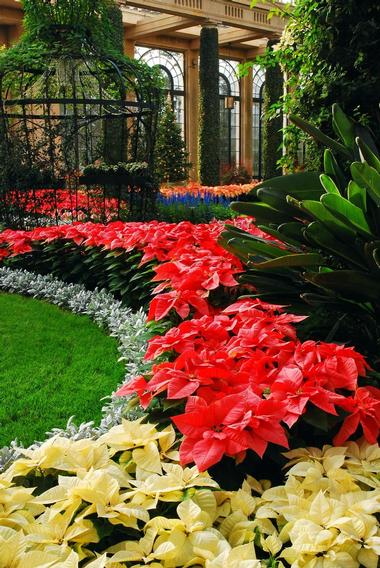 There are more than 1,000 acres of gardens to explore both inside and outside at the Longwood Gardens. There are dozens of specialized gardens including formal gardens, children’s gardens, and spectacular fountain gardens. Some featured gardens for the summer include the following:

Peirce’s Park: This area features some of the first plantings at the park and one of the nation’s first official arboretum collection. Besides the great sights, the history of this park is sure to delight guests of all ages.

Orangery: This garden is inside of the property’s iconic greenhouse and is filled with perfectly manicured lawns, colorful blooming flowers, and expertly landscaped trees and topiaries.

Flower Garden Walk: This was the first brick path ever at Longwood Gardens which happens to have the first ever fountain installed at the garden as well. An entire spectrum of colors can be found here along the gorgeous and sunny outdoor pathway.

Idea Garden: This 5-acre outdoor garden encourages visitors to experiment and get creative with growing their own vegetables, fruits, annuals, and perennials. There are dozens of colors, scents, and textures to explore and enjoy.

You are reading "Best Things to Do in Pennsylvania: Longwood Gardens in Kennett Square" Back to Top 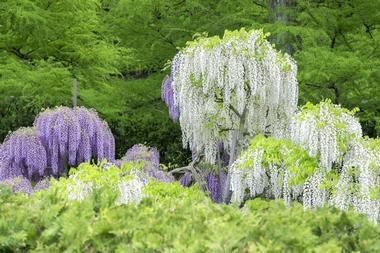 There are a variety of colorful fountain and fireworks shows held year-round at Longwood Gardens. All summer long, there will be daily and nightly fountain shows known as the Summer of Spectacle. The grand marble fountains with thousands of jets will be performing dancing water shows set to beautiful music. These shows are not to be missed.

There are also events featuring live music, theater performances, dining, wine tasting, and group tours. Be sure to check out the Longwood Gardens events page for more detailed information of all the dates, times, and prices.

You are reading "Best Things to Do in Pennsylvania: Longwood Gardens in Kennett Square" Back to Top 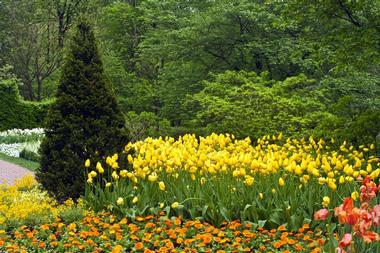 There are a wide variety of programs for children and adults of all ages available year-round at Longwood Gardens. From continued education programs for adults to specialized educational courses for children ages K-12 as well as a myriad of resources for educators, there is something for everyone. There are also internship and training programs for those interested in studying horticulture and science related topics.

Back to: Things to do in Lancaster

You are reading "Best Things to Do in Pennsylvania: Longwood Gardens in Kennett Square this Weekend with Friends" Back to Top or More places to see near me today, what to do, weekend trips


Best Things to Do in Pennsylvania: Longwood Gardens in Kennett Square

You are reading "Best Things to Do in Pennsylvania: Longwood Gardens in Kennett Square " Back to Top

20 Best Things to Do in Allentown, Pennsylvania