Best Things to Do in Portland, OR: Portland’s Pearl District 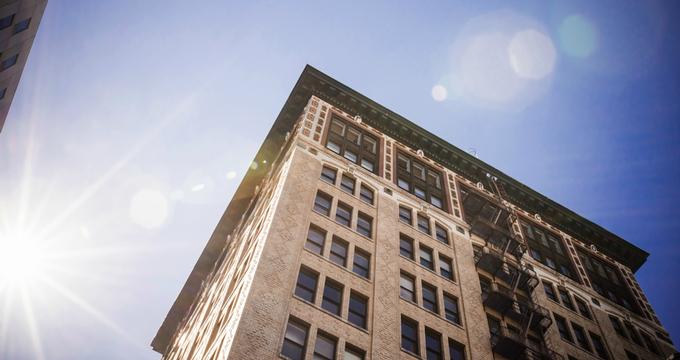 Portland’s Pearl District is a gentrified residential district located in inner northwest Portland, Oregon. Formerly existing of abandoned warehouses and railroad yards, this previously rundown area has undergone a steady stream of urban renewal over the past 20 years to create the bustling district that it is today. Filled with residential properties, upscale businesses, art galleries, cultural institutions, and an extensive array of stores and restaurants, the Pearl District has become a mainstay in Portland.

Ever since the late 1970s, artists have been setting up shop in the Pearl District. Opening galleries and working within studios, contemporary artists have been at the heart of the rejuvenation of the area from the very beginning. Notable galleries are the Elizabeth Leach Gallery found on 9th Avenue, which showcases established international artists and prominent artists from the Northwest, the Blue Sky Gallery, located in the DeSoto Building and presenting international, national, and local photography work, and the Bullseye Gallery on 13th Avenue, which displays kiln-formed glass art as both objects and architecture. In an area filled with art installation spaces, galleries, and art venues, the Pearl District is fast becoming an up-and-coming feature on the Oregon art scene.

Theater and film are further art forms that can be found within the Pearl District. Theaters such as Portland Center Stage at The Armory and the historic Gerding Theater are popular with locals and tourists alike, whilst cinemas featuring indie and old films like Living Room Theaters offer a cinematic experience within an vintage setting. Historical and iconic buildings in the area lend a nostalgic atmosphere to the modern surroundings. Powell’s City of Books on Burnside Street is the largest new and used book store in the world, and with its inventory of one million books, this store is a cornerstone in both Oregon and the Pearl District. The famous Portlandia Statue in downtown is the second-largest copper statue in the US, behind that of the Statue of Liberty. Mounted on top of the Portland Building, the statue was sculpted by Raymond Kaskey and designed with reference to the city seal. The Lovejoy Columns offer further historical interest with their artistic presentation and past function in supporting the Lovejoy Ramp, a viaduct in use from 1927 to 1999, carrying the Western Approach over to the Broadway Bridge, as told via information placards located nearby.

Within the Pearl District lies a huge selection of artisan coffee shops, craft breweries, and modern eateries. A popular steakhouse in downtown is Tasty n Alder, where patrons queue up around the block to eat the famous cheeses, seasonal sides, steaks, and small plates on offer. The area is bustling with coffee shops, with barista-style coffee and modern interpretations of global blends and roasts filling the menus. Ovation Coffee & Tea sells pistachio lattes and Moroccan chai tea, amongst other choices, with the creative coffee combinations signaling a trend in the district. For craft beer, Deschutes Brewery on 11th Avenue is a must-go, serving IPA beers and an extensive array of beers on tap as well as samplers.

Shopping is a pastime for which Pearl District has become well known. Made Here PDX sells locally made eclectic products such as chocolate, clothes, prints, and beers. From indie stores to boutiques and city markets, each retail space has an artistic and handmade feel. When it comes to scenic outdoor public spaces, Jamison Square, Tanner Springs Park, The Fields Park, and the Tom McCall Waterfront Park all offer seating, shade, water fountains, and public restrooms.

The Pearl District was originally platted as part of the 1869 Couch’s Addition. In 1905 the rail yards located at the northern end of the district expanded and Portland experienced a significant increase in population. The arrival of the Portland & Seattle Railway, now known as the Spokane, Portland & Seattle Railway, saw easier access to markets and cities in the East. The multistory warehouses in addition to the commercial buildings became referred to as the “Northwest Industrial Triangle,” with more and more businesses moving to the area to trade and export up until the 1980s, when planning efforts were undertaken by the Portland Development Commission. In 1988 a Central City Plan was drawn up detailing past and future efforts in a document entitled “Pearl District Development Plan, A Future Vision for a Neighborhood in Transition.” website

More Things to Do in Portland

Best Things to Do in Oregon: South Coast Tours

Best Things to Do in Oregon: Klum House Workshop