Newport, OR Things to Do: Pacific Maritime Heritage Center 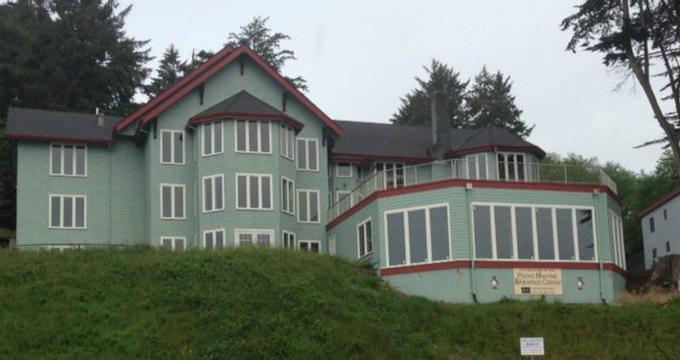 The Pacific Maritime Heritage Center in Oregon’s historic Newport Bayfront celebrates the history of art, culture, commerce and science as it relates to the ocean and the Pacific northwest. The Maritime operates a large museum and interactive center, as well as art galleries and a commercial fishing fleet.

Exhibits at the Maritime tell the history of over 150 years of innovation in commercial fishing along the Oregon coast. ‘Our Beautiful and Wild Oregon Fisheries’ teaches visitors the little known story about Yaquina Bay’s role in developing the fishing industry in the American West. The exhibit includes the role of Yaquina’s Dungeness crab fisheries, the largest in the United States, as well as the industries of Chinook salmon, albacore tuna and pink shrimp, among others. Oregon’s response to ever changing politics, environmental concerns, consumer preferences and globalization are all explored throughout the display.

‘Rescued Recovered and Lost’ is an exhibit focused on Oregon shipwrecks. The exhibit examines the effect of shipwrecks on the local fishing industry and community, as well as the role of shipwrecks as an artist’s tool to discuss themes of drama, life and loss. The exhibit displays items recovered from shipwrecks and their significance in our ongoing fascination with getting lost at sea, as well as highlighting industry practices in safety, search and rescue.

‘Then and Now: Roger Hart and Bill Posner’ is a photography exhibit that compares and contrasts the work of Roger A. Hart, a famous local who photographed daily life in Newport through the 1940’s, and that of Bill Posner, who re-shot Hart’s original photographs in 2017.

The Maritime is also home to a gift shop and bookstore, which sell locally made arts and crafts. Among the books offered is The Bayfront Book, a history of the region based upon the stories of those who have lived there, written by The Bayfront Magazine’s Steven Wyatt.

History: The Pacific Maritime Heritage Center is operated by the Lincoln County Historical Society, founded in 1948 with a mission to ‘preserve, publish and educate.’ The society’s first museum project was the preservation and restoration of the Yaquina Bay Lighthouse and the publication of Lt. Theodore Talbot’s chronicles of his visit to the Bay in 1849.

The Pacific Maritime Heritage Center is housed in a historic building, built upon the foundations of a home from the 1880’s for Dr. James Bayley and his family. The current 1925 structure incorporates the original foundation and chimney, and was built for General Ulysses Grant McAlexander, the World War I hero. The home was purchased and renovated by the Lincoln County Historical Society in 2004 after a brief life as the popular bar and nightclub, Smuggler’s Cove in the 1970’s and 1980’s.

In 2014, the Maritime embarked upon a Phase II restoration and renovation project that will update the Maritime’s first floor exhibits, and incorporate a 140-seat theater with panoramic views of the Bayfront. A large-capacity conference room, catering facilities and modifications to increase ADA compliance will also be added. The Lincoln County Historical Society is currently fundraising to complete these efforts.

Ongoing Programs and Education: Annual events at the Maritime Heritage Center include February’s Crab Krack. 2018 celebrated the 10th anniversary of this Dungeness crab dinner and live jazz performance. Proceeds from the event go towards ongoing renovations of the Maritime. Each year on Christmas Eve, the Maritime offers free admission, as well as hot chocolate, popcorn and snacks for an evening of shopping for last minute gifts. Fireworks at the Maritime was first held in 2013 and has since become an annual event. Each July 4th, the museum is open for dinner, dancing and a live jazz band performance, while guests enjoy the view of fireworks over Yaquina Bay. The Maritime is available for private parties and events, and offers both indoor and outdoor venues overlooking Yaquina Bay.

What’s Nearby: Also under the direction of the Lincoln County Historical Society is the Burrows House, a Queen Anne Victorian historical home museum. The collection of the Lincoln County Historical Society, who manages the Maritime and the Burrows House Museum, consists of over 40,000 objects related to the history of the region. Items include Native American and maritime objects, as well as textiles and clothing, ceramics and every-day objects, jewelry, furniture, firearms and tools. While some items are on display at the Maritime, much of the collection is housed in the Log Cabin Research Library adjacent to the Burrows House.

More Things to Do in Newport, OR

Newport, OR Things to Do: Newport Historic Bayfront