Things to Do in Ohio: Holden Forests and Gardens 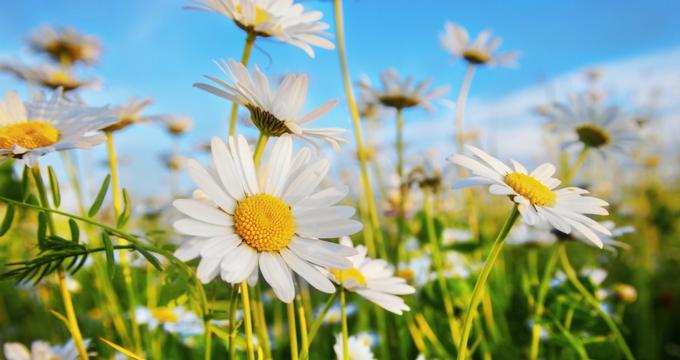 The Holden Arboretum in Cleveland, Ohio is the marriage of the Holden Arboretum and the Cleveland Botanical Gardens, and offers a variety of landscapes, activities and events for all ages. The arboretum spans 3,500 acres across both the Geauga and Lake counties, of which 200 acres are dedicated to the botanical gardens.

One of the oldest gardens at the arboretum is the Display Garden of over 9 acres, most recently replanted in 1980. The four-season garden is home to the hedge collection and the lilac collection, and includes shrubs, dwarf conifers and bulbs, perennials and trees. The hedge collection was designed in 1969 to provide hedging ideas to Cleveland residents, each are pruned by hand, which gives the shrubs a natural look. A gentle trail guides visitors around a lily pond and a lotus pond at the center of the Display Garden. The Rhododendron collection began in 1940 and today, the Rhododendron Garden spans 20 acres and is home to over 200 plants, first bred by Charles Dexter between 1921 and 1943. The flowering plants are shaded by Maple and Oak trees. The Rhododendron Discovery Garden, which opened in 2013, offers a more educational layout. Visitors are guided along walkways which show Rhododendrons in their native habitat, Ohio’s work in breeding Rhododendrons, and how to best plant Rhododendrons at home. A Wildflower Garden was established in 1968 and was first used to display wildflowers from the estate of Myrtle S. Holden, for whom the Wildflower Garden is named. The 5-acres site hosts over 400 species of wildflowers, all native to the Ohio area.

The Lantern Court Gardens surround a Georgian Colonial home, originally built in 1930, for Warren H. and Maud Corning. The terrace of the home overlooks a 20-foot waterfall in a wooded ravine, and the surrounding gardens flow with wildflowers, perennials and primrose, shaded by Oak trees. The Holden Butterfly Garden was built in the mid 1990’s and offers a haven for butterflies, bees and hummingbirds. The garden surrounds two small ponds just behind the Visitors Center. One of the arboretum’s most recent additions is the Tree Allée, dedicated in 2013. The Allée is a tree-lined walkway made with a variety of species, which will eventually grow to shade the path. The arboretum provides over 10 miles of nature trails through the surrounding wooded lands. A 120-foot tower in the forest offers an expansive view of the area, and is connected to a 500-foot walkway high above the forest floor. Buckeye Bud’s Adventure Woods offers a child-sized zip-line, logs for climbing, an adventure hut and a bird-feeding station for children.

History: The arboretum was founded in 1931 with an endowment from Albert Fairchild Holden, an Ohio businessman who had become familiar with arboretums as a student at Harvard University in the late 1800’s. Holden originally planned for his gift to go to Harvard, but his sister convinced him to begin an arboretum in their home state of Ohio instead. When the Lake County location was chosen, Holden’s sister Roberta donated an additional 100 acres, which forms the core of today’s arboretum. The arboretum was originally operated by the Cleveland Museum of Natural History, which helped to establish its foundation in research and science. In 1952, the arboretum separated from the museum to form its own non-profit foundation. In 2014, the Holden Arboretum merged with the Cleveland Botanical Garden, forming the 11th largest public garden in the United States.

Ongoing Programs and Education: The arboretum hosts a variety of events from wine tasting, to 5k runs through the woods. Upcoming events include a beer tasting with local craft breweries. Lecture programs include the Fireside Lecture Series and the Scientist Lecture Series. The Fireside Series takes place each February and past talks have included a “Gossamer Wings” lecture by dragonfly and damselfly wildlife photographer Ian Adams, as well as lectures on other gardens and arboretums throughout the state of Ohio. The Scientist series offers academic lectures. Past lectures have included “Climate-Driven Change in Himalayan Rhododendrons” an exploration of phenology in the mountains of southwest China. The Sounds of Summer Concert Series takes place annually and offers outdoor musical performances.

The arboretum offers guided walking tours, more strenuous hiking tours, or tours by tram. Self-guided cell phone tours and trail maps are also available. Visitors with children may check out a Discovery Pack at the Visitors Center. These backpacks contain nets, buckets and other fun tools to help children explore the ponds and gardens. Leaf trail guides assist visitors of all ages with tree identification skills.

More Things to Do in Ohio

Canton, OH Things to Do: Canton Museum of Art