Best Things to Do in Ohio: Historic Zoar Village 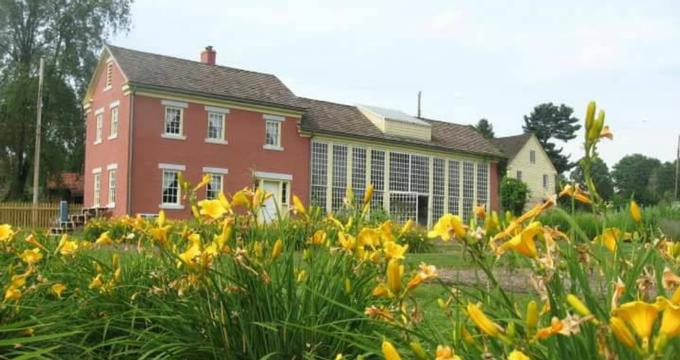 Located in Zoar, Ohio, the Historic Zoar Village is a communal settlement founded in 1817 by German religious dissenters, offering a variety of historic museums, shops, restaurants, and other tourist attractions. The settlement of Zoar, Ohio was founded in 1817 by a group of German religious dissenters known as the Society of Separatists of Zoar, which was named after the Biblical village from the story of Lot, where Lot’s family settled following their escape from Sodom.

The community emigrated to the United States from Germany’s southwest Württemberg region, seeking freedom from religious oppression by the Lutheran Church, and was led by Ulm pipemaker and teacher Joseph Bimeler. After settling in the northern Ohio region, the community established itself as a communal separatist society, operating independently throughout the first half of the 19th century. During its operation as a separatist society, the village functioned as an insular community for more than 80 years, making it one of the longest-running and most successful separatist communities in United States history. Following Bimeler’s death in 1853, the Society gradually began to lose cohesion as a communal village, and by the turn of the 20th century, the communal society concept was disbanded and the village’s property was divided equally among its residents.

Though the community has been officially disbanded, many of the village’s historic buildings have survived into the 21st century and many original Society members still reside in the region today. In 1969, the Zoar Historic District was placed on the National Register of Historic Places. In 2012, the village was brought to national attention due to its placement on the National Trust for Historic Preservation’s annual America’s Most Endangered Historic Places list. Support for the village’s preservation was backed by the United States Army Corps of Engineers, who instituted a plan for resolving the community’s flooding problems by shoring up its deteriorating levee structure. In 2016, the village was designated as a National Historic Landmark District.

Today, the Historic Zoar Village is still home to more than 75 residents from families of original Society of Separationists of Zoar members and is operated as a historic living history village offering a variety of historic and tourist attractions. The community is overseen by the Zoar Community Association nonprofit organization, which was founded in 1967 to preserve and celebrate the structures and culture of the Society through preservation campaigns and public event programming. A variety of historic buildings and facilities are preserved throughout the community, with many operating as museums, shops, or restaurants today.

Notable historic attractions within the community include the Zoar Garden and Greenhouse, which encompasses a full town block and showcases a central Norwegian spruce tree surrounded by 12 smaller trees, planted to represent Jesus Christ and his 12 apostles. The Bimeler Museum and Bimeler Art Gallery preserve the former residence of village leader Joseph Bimeler, operated today as a living history museum and art gallery space showcasing the works of regional historic and contemporary artists. The village’s No. 1 House, which formerly served as a living facility for elderly members of the Society, is also operated as a museum facility, showcasing a variety of historic exhibits depicting daily life of Society members throughout the 19th century. Other prominent historic attractions within the community include the Zoar Hotel, constructed in 1833, which is open for private tours and as part of special event programming, and the Zoar Wetland Arboretum, which showcases a natural wetland ecosystem including a 30-acre marsh and 50-acre woodland area with walking trails and a picnic pavilion.

Restaurants within the village include the Firehouse Grille and Pub, which is housed within the Society’s former firehouse building constructed in 1831, and the Canal Tavern of Zoar, which utilizes the former 1829 Canawler Inn building, a popular inn for travelers on the Ohio and Erie Canalway. Casual breakfast, lunch, and dinner fare is served at the Canal Street Diner, while upscale Italian fare is offered at Georgio’s Grille. Specialty coffee, tea, soups, and sandwiches are also offered at the Simply Cinnamon cafe.

A variety of local boutiques and stores offer handcrafted items and fine antiques, including Adamson’s Antiques and Folk Art, the Keeping Room Antiques, and Sunshine Candle Works. A Zoar Farm Market also offers fresh deli meats and produce seven days a week. Lodging is offered at the restored 19th-century Cobbler Shop and Keeping Room bed and breakfast facilities, along with the Zoar School Inn Bed and Breakfast, which is housed within the village’s original schoolhouse building.

A variety of public programming is offered at the village, including hands-on guided field trip tours for elementary and secondary school groups. Workshops and demonstrations are offered as part of guided tours, bringing 19th-century civic activities to life, including historic cooking techniques, school activities, and canal maintenance. An annual Civil War School Day offers historic reenactments by demonstrators dressed in period attire. School outreach programming is also offered, bringing workshop activities directly into area classrooms. A summer day camp is offered annual for both children and adults, and a variety of courses and workshops for all-ages participants are offered throughout the year. Public special events include a Saturdays in Zoar speaker series, a Halloween ghost tour event, and Christmas tours highlighting local holiday traditions and legends.

More Things to Do in Ohio

Things to Do in Ohio: Cleveland Museum of Natural History

Things to Do in Dayton, Ohio: Boonshoft Museum of Discovery

25 Best Things to Do in Columbus, Ohio