Things to Do: Comedy Shows in Cleveland 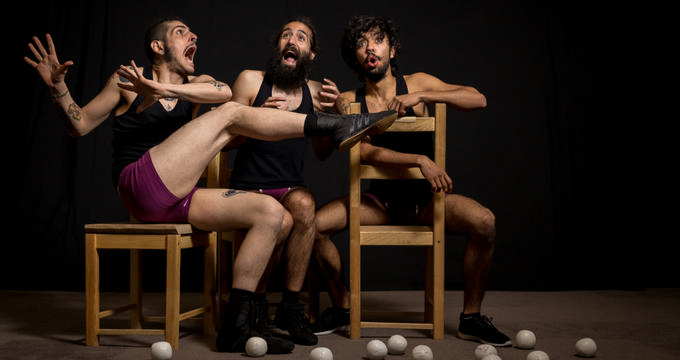 One of the biggest cities in Ohio, Cleveland is well known for its rich array of architecture and impressive waterways, as well as the famous Lake Erie just nearby. It's a great city for people who want to get out and have a good time, home to the Playhouse Square Center, the second biggest performing arts center in all of the US, as well as the world-famous Cleveland Orchestra and Gordon Square Arts District. Live shows and music are a big part of Cleveland culture, and comedy shows in Cleveland are also very popular.

Cleveland is, after all, home to one of America's favorite comedy stars: Drew Carey. Following in Carey’s footsteps, many other comedic talents like to test their skills on Cleveland audiences in many of the city’s clubs and shows. Open mic nights are especially popular in the city, with various locations opening up their stages each and every week to aspiring talents from Ohio and beyond. So if you’re in Cleveland and looking for a good time, a comedy show is definitely a great way to spend an evening. Things to Do in Cleveland

Ask anyone where to see comedy and Cleveland, and Pickwick and Frolic will be one of the first names on their lips. This joint actually doubles up as both a restaurant and a club, offering a whole lot of fun activities in one great location. Various veteran comedians from around the US and further afield like to stop off at this location, and local talents are also given a chance to shine during open mic nights and other special events. With an ever-evolving schedule and something new and different every single week, Pickwick and Frolic is Cleveland's premier comedy destination. What's more, the food and drink here is also top class, so you're guaranteed a great meal to go along with those big laughs.

As well as Pickwick and Frolic, Club Velvet is another of Cleveland's top comedy locations. Live music and other events are also held here, but the venue has gained a real reputation for offering some superb comedy shows at all times of year. The cozy, comfortable club offers the perfect setting for a night of great laughs and has attracted plenty of big names from comedy over the years. Comedy shows are held every week or so Club Velvet is always looking for new talents and ideas to share with its loyal audience. For a great time in Cleveland, this comedy show location is a must-visit spot.

Offering great food and a nice mixture of well-known traveling talent and local comics, Cleveland Improv is part of an ever-growing chain of improv comedy shows springing up all around the US. Comedy workshops, shows, and special events are held at this location each and every week, with low priced tickets and friendly atmospheres guaranteed every time. Some of America's best and brightest comedic talent has been booked in at this location, providing the most entertaining comedy shows the city has to offer. In short, if you’re in search of a top class comedy experience in Cleveland at any time of year, Cleveland Improv is one of the very best places to be.

Just a little ways south of downtown Cleveland sits the Funny Stop Comedy Club. Cleveland is well known for its open mic nights, with a lot of local talents keen to prove themselves in front of fellow Clevelanders and start to make their way up the comedy ladder. The Funny Stop Comedy Club runs open mic nights each and every week and many locals come back time and time again to see the newest talents and shows. Amateur Nights are held on Tuesdays and also offer a lot of big laughs in a relatively short amount of time, with each comic given 5 minutes on stage to show off their best gags or improv routines. Tickets are priced very low and there’s always a friendly atmosphere at this comedy show.