Canton, OH Things to Do: Canton Museum of Art 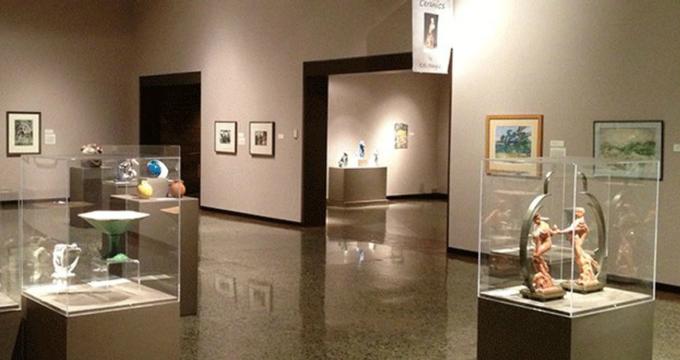 Located in Canton, Ohio, the Canton Museum of Art is a community arts organization dedicated to the promotion of the fine arts, offering a variety of public exhibits and educational event programming. The Canton Museum of Art emerged out of the city’s Little Civic Art Gallery, which was founded as a public gallery space on the second floor of the Canton Public Library in 1935.

Throughout the following decade, the gallery became a popular cultural destination within the city of Canton, and by 1941, the organization was in need of a larger facility to house its collections and accommodate visitors. After the gallery moved into its new facility later that year at the historic Frank E. Case Mansion, it was rebranded as the Canton Art Institute.

Following a grant acquired from the Timken Foundation in 1969, the city of Canton began construction on a new multi-organization arts facility called the Cultural Center for the Arts, which opened to the public the following year. After becoming part of the Center in 1971, the CAI implemented a variety of expanded public programming, including a humanities program for in-school programming, and partnered with a number of other area arts organizations, including the Players’ Guild Theatre and the Potter’s Guild. In 1989, as a result of reorganization within the museum’s board of trustees, the CAI’s mission with regard to its permanent collections was refocused, centering on 19th and 20th century American pottery works and works on paper. In 1995, the museum’s name was changed to the Canton Museum of Art.

Today, the Canton Museum of Art serves as one of Ohio’s premiere art museums, offering a variety of community-based programming meant to spread public awareness and appreciation of the fine arts, including gallery exhibits and public educational programming. The museum is a fully-accredited American Alliance of Museums facility and is supported in part by the Ohio Arts Council and Stark County’s ArtsInStark partnership. As a part of ArtsInStark’s 330,000-square-foot Cultural Center for the Arts building, which is architecturally connected to the city’s Civic Center, the CMA partners with a number of other regional arts organizations to present its annual programming, including the Canton HeART Guild, the Canton Artists League, and Canton Fine Arts Associates.

Since 1989, the museum’s permanent collections have focused on 19th and 20th century American watercolors, ceramics, and works on paper, which have been supplemented in recent years by sizeable donations from Cleveland School member August Biehle and Columbus, Ohio modernist artist Alice Schille. Works from permanent collections are showcased as part of temporary exhibitions, which are rotated several times throughout the year. Up to 15 exhibitions are showcased annually, including a main exhibition focusing on a central theme or artist’s body of work, along with two smaller exhibitions featuring the works of regional artists and a complementary themed permanent collection exhibition. Past exhibitions on display include Tom Bartel’s Dark Forms, Jack McWhorter’s Engraved Fields, and Elijah Pierce’s An American Journey, as well as the permanent collection showcase African American Masterpieces and Helmets: Evolution of the Game, an exhibit presented in conjunction with the Pro Football Hall of Fame.

Gallery tours of the CMA are offered for small groups and organizations, including curriculum-incorporated tours for elementary and secondary school groups. Arts Experience workshops are also offered, adding on 45-minute art sessions after guided tour experiences. A Museum-to-Go program also brings art activities and virtual exhibits directly into the classroom, while online educator resources and an @CantonMuseum magazine are provided to direct community members to further arts education opportunities.

A wide variety of public programming is offered at the CMA, including Artists Studio courses for students of all ages and skill levels. Courses offered include drawing, jewelry, ceramics, printmaking, and photography courses, as well as an Art for Health and Healing series, a Pottery Badge program for scouting groups, and a My First Art Class for young artists and families. A Summer Art Camp offers hands-on art activities for youth, while Homeschool Day events provide periodic educational opportunities for homeschoolers. Other educational special events include CMA Uncorked painting events and STEM-focused Science and Art Play Dates. Annual public special events at the museum and the Cultural Center for the Arts includes a May Ceramic Show and Sale, a gARTen annual fundraiser, an Art After Dark Halloween costume party, a holiday Christkindl Markt, and an annual art exhibition of works by Stark County high school students.

More Things to Do in Canton, OH