Things to Do in Rochester: Seneca Park Zoo 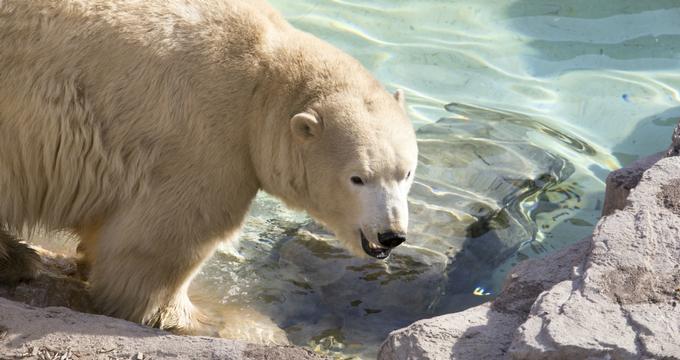 Seneca Park Zoo is an animal park and conservation center in Rochester, New York that is home to over 90 species of animals, ranging from amphibians, fish, and arachnids to mammals, reptiles, and birds. Set on 15.5 acres of land and operated by Monroe County, the zoo was established in 1984 in Seneca Park with the aim of educating and encouraging the public to take a more significant interest in wildlife and conservation and has been doing ever since. Located along the Genesee River between Rochester and Irondequoit, Seneca Park was designed by Frederick Law Olmsted and offers spectacular natural surroundings in which the zoo is set.

Seneca Park Zoo was established and opened to the public in Seneca Park in 1893 and featured a variety of animals on display. The Main Zoo Building was added in 1931, and a polar bear grotto was opened in 1975 to house the zoo's two polar bears, who had been bought through fund-raising by local school children. In 1993, the state-of-the-art Genesee Trail and Discovery Center was added to the zoo and included the region’s first landscape immersion exhibit, followed by the Rocky Coasts exhibit, which was added four years later. Designed to replicate a portion of the famous Ngorongoro Crater in Tanzania, A Step Into Africa was opened in 2012 and is currently home to African elephants and lions, olive baboons, and domestic goats.

Exhibits at the Zoo include The Rocky Coasts display, which is dedicated to animals of the polar and temperate coastal regions of the world. This fascinating exhibition features an underwater viewing area where visitors can watch sea lions and polar bears frolicking in the water, and houses animals such as African penguins, snowy owls, Canada lynx, California sea lions, and sandhill cranes.

Designed to replicate a portion of the famous Ngorongoro Crater in Tanzania, A Step Into Africa features a replica of a Maasai hut, a stationary safari bus from which the resident African lions can be viewed, and a Dig Zone with interactive learning tools for uncovering casts of fossils. A Step Into Africa is home to African elephants, African lions, olive baboons, and goats.

Seneca Park Zoo offers a variety of educational initiatives that focus on animal and resource conservation and environmental awareness, along with recycling programs. The zoo provides field trips for school children and guided tours of the center led by professional game rangers and zookeepers. The Butterfly Beltway program comprises of planting butterfly gardens to increase awareness of the Monarch butterfly and its importance to the environment, which are vital pollinators in the region, as well as improve their populations. Other programs include summer camps and community-based projects and workshops that offer hands-on experiences with zookeepers and the animals.

Seneca Park Zoo hosts an array of events throughout the year, ranging from animal birthday celebrations and conservation and species awareness days to fund-raising functions such as Zoobilation, ZooBrew, ZooBoo (Halloween), and Breakfast with Santa.

Seneca Park Zoo is located at 2222 St Paul Street in Rochester and is open to the public from 10:00 am to 4:00 pm April 1 through October 31, and 10:00 am to 3:00 pm, November 1 through March 31. There are two dining options at the Zoo, namely Eagle’s Landing Café, which serves a creative menu of healthy snacks and light meals, and Crater Canteen for more relaxed, canteen-style dining. The Zoo Shop sells a variety of books, toys, clothing, gifts, and souvenirs and is open during Zoo hours.

The city of Rochester has much to see and do from outdoor and recreational activities to arts and culture. Nearby attractions to the Seneca Park Zoo include the Harvester 56 Community Theater, the Blue Cross Arena at the War Memorial, the CMAC Constellation Brands Marvin Sands Performing Arts Center, the Eastman School of Music, Empire Magic, the Geva Theatre Center, and the Hochstein School School of Music and Dance. Outdoor and recreational activities range from hiking, mountain biking, paddling, kayaking, and golf.

More Things to Do in Rochester

Things to Do in Buffalo, New York: Buffalo and Erie County Historical Society

Things to Do in Buffalo, New York: Buffalo Zoo

25 Best Things to Do in Upstate New York