A Day in NYC For Art Lovers 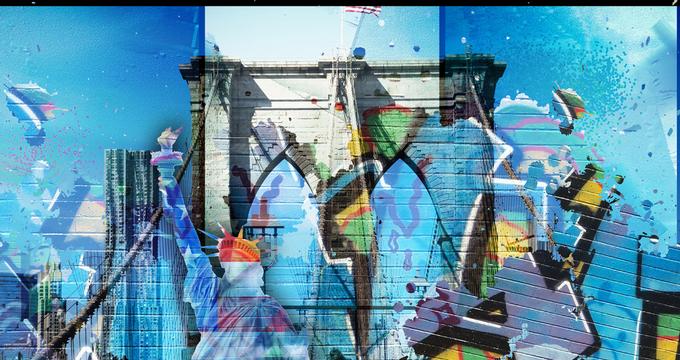 New York City is one of the world's greatest meccas for culture, known around the globe for its vibrant and cutting-edge art, music, theater, and film scenes. Iconic museums such as the Museum of Modern Art, the Guggenheim, and the Frick are among the city's most well-known landmarks, showcasing original works of art by international luminaries such as Pablo Picasso, Andy Warhol, Claude Monet, and Frida Kahlo. Hip galleries throughout Manhattan neighborhoods such as Chelsea and the East Village showcase the region's top emerging and established artists, from 20th-century icons such as Jean-Michel Basquiat to modern artists working with current sociopolitical themes. Art lovers can plan itineraries to explore a number of the city's most prominent art-related sites and choose from a plethora of chef-driven restaurants and casual pubs to round out the day. 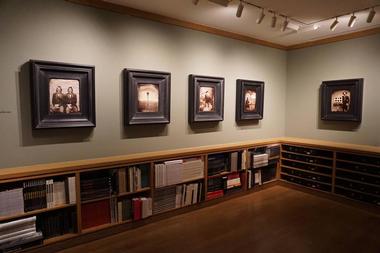 Howard Greenberg Gallery was founded in 1981 as Photofind, opened by its namesake, best known as the founder of Woodstock's Center for Photography. As New York City's first gallery to consistently exhibit street photography and photojournalism works, the gallery has made a name for itself as one of the most important living history photography exhibits in the United States. Master artists such as Henri Cartier-Bresson, André Kertész, Eugène Atget, and Josef Sudek are showcased as part of permanent collections, along with works by contemporary artists such as Vivian Maier and Joel Meyerowitz. Rotating exhibitions are presented on an ongoing basis, open to the public Tuesdays through Saturdays during the afternoon hours. 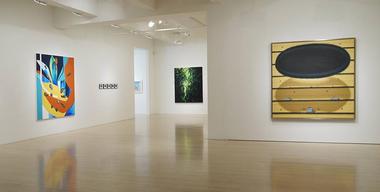 DC Moore Gallery was originally founded in 1995 as a multidisciplinary showcase focusing on 20th-century master artists, including works by luminaries such as Romare Bearden, Jane Wilson, Paul Cadmus, Charles Burchfield, and George Tooker. 15 to 20 museum-quality exhibitions are presented each year at the gallery, ranging from group shows and historical presentations to themed single-artist showcases. Modern artists presented at the gallery work in a variety of media, including photography, drawing, painting, sculpture, and site-specific installations, with a focus on artists working in genres such as expressionism, social realism, and modernism. Contemporary artists represented by the gallery include Janet Fish, Yvonne Jacquette, Valerie Jaudon, and Katia Santibañez. 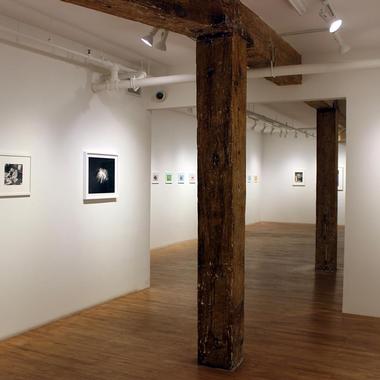 Robert Mann Gallery was Chelsea's first photography gallery at its inception in 1985 and remains one of the world's top photography showcases today. Prominent contemporary artists such as Murray Fredericks, Julie Blackmon, Jörn Vanhöfen, and Michiko Kon are exhibited alongside legendary 20th-century masters such as Diane Arbus, Ansel Adams, and Aaron Siskind. Rotating exhibitions throughout the year strive to examine the role of photography as an art form and its ability to capture, distort, and transcend its subject material and create new artistic statements from its images. The gallery is open to the public Tuesday-Friday: 10am-6pm & Saturday: 11am-6pm, closed on Sundays. During July and August, the gallery is open Monday through Friday from 10-6. 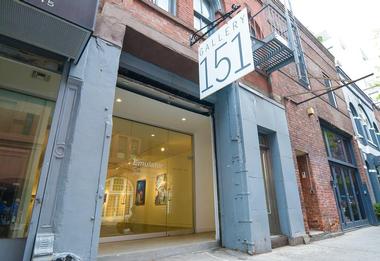 Gallery 151 is one of Chelsea's premiere contemporary art galleries, originally opened to the public in 2007 by galleries Michael Namer. Today, the gallery is overseen by experiential arts and innovation network Wallplay and is best known for its collaborative graffiti wall, uncovered during the renovation of its 151 Wooster space, which features artwork by well-known artists such as Jean-Michel Basquiat. It strives to serve as a platform for emerging New York artists, with a focus on artists creating works dealing with issues of environmental sustainability and responsibility. Visitors can explore exhibits Mondays through Saturdays during the afternoon hours. 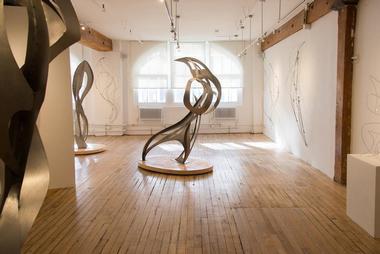 
Carter Burden Gallery is a unique showcase for older New York City artists, focusing on the works of culturally diverse re-emerging artists over the age of 60. The gallery was established in 1971 as part of the Carter Burden Center for the Aging, which promotes the wellbeing of New York City's senior populations through arts advocacy and cultural programming. The gallery is curated by director Marlena Vaccaro and features three distinct exhibition spaces, including two indoor galleries and an outdoor space for experimental public art installations. Artists represented and highlighted include Barbara Arum, Diogenes Ballester, Suejin Jo, and Leslie Shaw Zadoian. The gallery is open to the public Tuesdays through Saturdays during the afternoon hours. 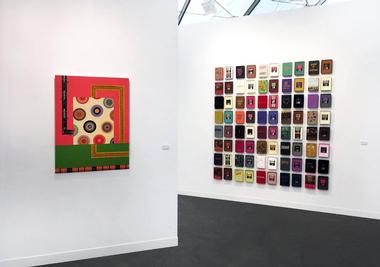 
PPOW Gallery was originally founded in 1983 by Penny Pilkington and Wendy Olsoff, originally opened as part of the East Village Art Scene's first wave. Since 2002, the gallery has been housed out of a 22nd Street space in Chelsea, showcasing contemporary art exhibitions across all genres, with a focus on painting and sculpture artists producing works with social and political themes. National and international artists represented include Ann Agee, Sandow Birk, Chris Daze Ellis, Elizabeth Glaessner, and Sanam Khatibi. A full roster of rotating gallery exhibitions are presented throughout the year, ranging from themed solo exhibitions to group shows and retrospectives. Guests can explore the gallery Tuesdays through Saturdays during the afternoon hours. 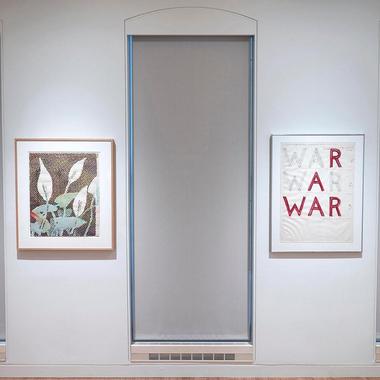 Eykyn Maclean is a delightful 67th Street gallery offering locations in New York and London focusing on museum-quality works of the Impressionist movement, along with master works of 20th-century American and European art. The gallery's New York City location was originally founded in 2006 by namesakes Christopher Eykyn and Nicholas Maclean, the former curators of Christie's Modern and Impressionist Art department. Master artists on display include legends such as Pablo Picasso, Vincent van Gogh, Andy Warhol, and Claude Monet. Secondary market sales are also orchestrated by the gallery, focusing on pieces by established and re-emerging modern artists. 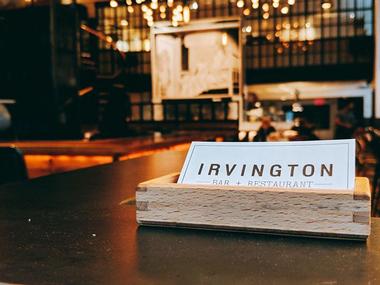 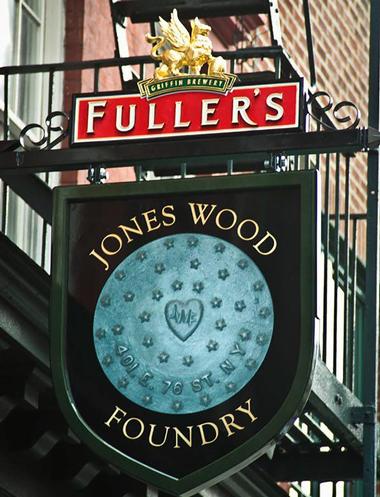 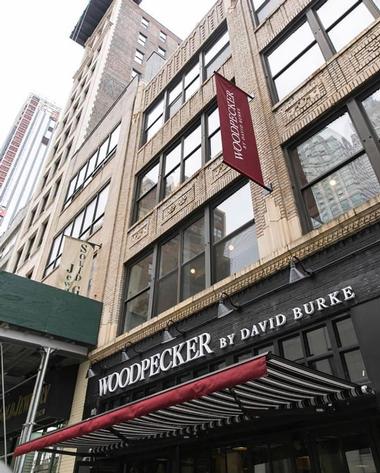 Woodpecker is the latest offering from acclaimed chef and artist David Burke, opened to the public in 2018. The American-style restaurant and bar focuses on wood-fired cuisine specialties, a theme emphasized by the restaurant's wood-heavy furnishings, including a unique collection of wood-carved cuckoo clocks. Communal table and bar seating are offered, giving guests a glimpse at the restaurant's open-plan kitchen and wood-firing ovens. Dinner options include a slate of wood-fired pizzas, ranging from traditional variants such as margherita to unique flavors like chorizo and octopus with peppadew and chili oil. Shareable appetizers are also offered, along with elegant entrees like lobster calzones, dry-aged cheeseburgers, and 40-day salt-aged prime Kansas City strip steaks. 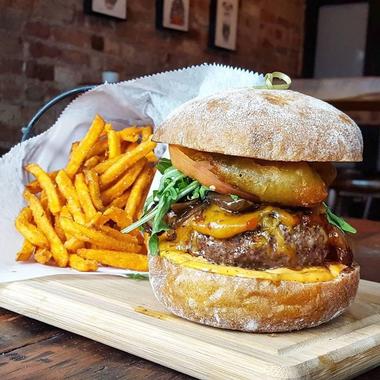 Bensons NYC is a chic gastropub on Manhattan's Lower East Side, originally opened in 2015 by beer lovers David Peterson and Annie Morton. The rustic, laid-back bar is known for its impressive selection of craft draft and bottled beers, usually totaling more than 40 selections at any given time. Beers are rotated regularly, complemented by a selection of hard ciders and fine wines and available at happy hour pricing Monday through Friday during the afternoon hours. Diners can enjoy delicious pub fare to go along with their drinks, including tzatziki lamb burgers, Portuguese-style chicken sandwiches, and savory breakfast sandwiches with toppings such as baked eggs and pineapple.

12.The Museum of Modern Art 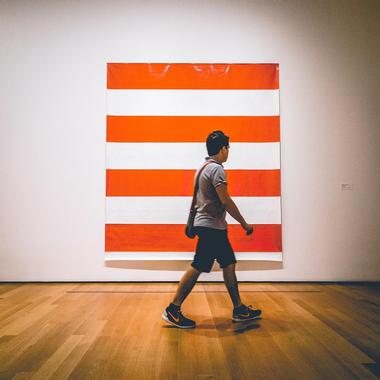 The Museum of Modern Art, commonly referred to as MoMA, is one of the world's most renowned institutions for the collection of modern art, known as one of New York City's most beloved landmarks since its opening in 1929. The Midtown Manhattan museum, which is located at 53rd Street between Fifth and Sixth Avenues, holds one of the world's great collections of modern Western art masterpieces, including over 150,000 works of art, four million film stills, and 22,000 full-length art films. Prominent works on display in exhibits include Vincent van Gogh's Starry Night, Claude Monet's Water Lilies Triptych, Salvador Dalí's The Persistence of Memory, and Frida Kahlo's Self-Portrait With Cropped Hair. 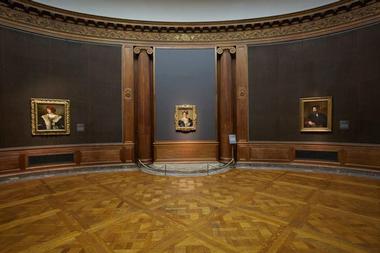 The Frick Collection is one of the United States' preeminent small art museums, originally founded in 1905 to house the collections of prominent industrialist Henry Clay Frick. The museum, which is housed within the Upper East Side's Henry Clay Frick House, serves as a complement to Pittsburgh's Frick Art and Historical Center and houses a notable collection of old master paintings, including prominent works by Johannes Vermeer, Jean-Honoré Fragonard, and Piero della Francesca. 18th-century French furniture, Oriental rugs, and Limoges enamel works are also on display, along with collections of porcelain and sculpture work. Western art tradition archival works are kept at the Frick Art Reference Library, which serves as a prominent resource for NYC art students and enthusiasts.

14.The Rubin Museum of Art 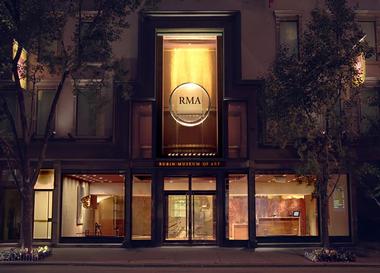 © The Rubin Museum of Art

The Rubin Museum of Art is a delightful museum in New York City's Chelsea neighborhood, displaying significant collections of artwork from the cultures and artists of India, Tibet, and the Himalayas. The museum, which began as the private art collection of Shelley and Donald Rubin, is housed within the former Barneys New York building on 17th Street, which was renovated and reopened to the public in 2004. More than 1,000 works of art and artifacts are displayed as part of permanent exhibits, including painting, textile, and sculpture works. Original design elements from the Barneys building have been kept intact as living history museum exhibits, including the store's iconic six-story spiral staircase. 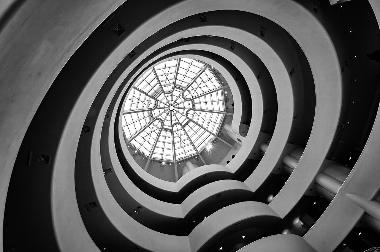 The Solomon R. Guggenheim Museum, commonly known as the Guggenheim, is one of New York City's most iconic art museums, located on East 89th Street in Manhattan's Upper East Side neighborhood. The museum, which was originally opened as the Museum of Non-Objective Painting in 1939, was rebranded to its current name in 1952 following the death of its namesake founder. Its Frank Lloyd Wright-designed space showcases an impressive collection of Impressionist, Post-Impressionist, Modern, and contemporary artworks, including pieces by legends such as Marc Chagall, Pablo Picasso, Piet Mondrian, and Fernand Léger. More than 1.2 million visitors attend the museum's exhibits annually, making it one of the most popular exhibiting sites in the city.

A Day in NYC For Art Lovers

12 Best Things to Do in Hudson, NY

10 Best Things to Do in Woodstock, New York