Things to Do in Boone, North Carolina: Foggy Mountain Gem Mine 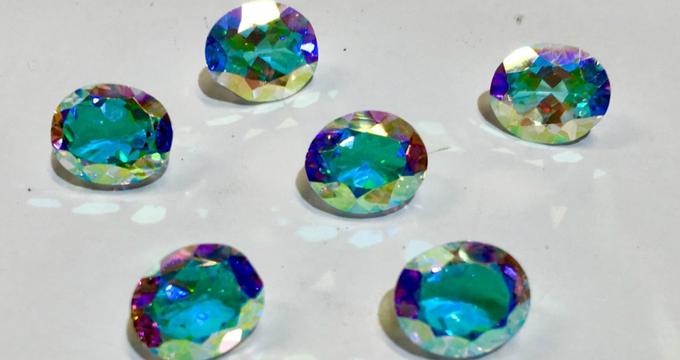 After her move, Morace became interested in the practice of gem cutting and opened the Foggy Mountain Gem Mine as a means of sharing her trade as part of an immersive family-friendly experience. The family-owned business is run today by her son, Nik Vames, who oversees all of the facility’s gem cutting operations and tourist opportunities.

Today, Foggy Mountain Gem Mine is operated as a family attraction center, offering visitors the opportunity to mine their own gemstones from a prepackaged bucket of stones and have their finds converted into custom-cut jewelry pieces. Four bucket sizes are offered, including two-gallon “Rockhound” buckets, five-gallon “Big Daddy” buckets, 11-gallon “Motherlode” pails, and 33-gallon gem wheelbarrows. All buckets are guaranteed to contain at least one genuine gemstone, including rubies, emeralds, sapphires, amethysts, and rose quartz stones. While no real gold is placed in visitor buckets, pyrite stones may also be found during the sifting process. All gemstones are imported internationally to ensure high quality in visitor bucket finds.

After purchasing gemstone buckets, visitors may use the facililty’s water flume equipment to sift through rock and dirt to uncover their own gemstone finds. Indoor and outdoor sifting facilities are provided for year-round experiences regardless of weather conditions. Following sifting and stone discovery, any gemstones found within visitor buckets may be returned to Foggy Mountain staff members for assistance with gem carving. Visitors may choose from a variety of gem cut designs and place orders for custom-created jewelry manufactured on site. Cutting prices vary depending on type of stone found, ranging from $15 to $65 for individual stones and $10 to $55 apiece for multiple cuts of the same type of gemstone. Information is also provided on site and on the facility’s website about gemstone history and correlation with traditional zodiac birthstones.

A collection of rare gems is showcased at the facility, accumulated by owner Nik Vames during his international travels. New pieces are added to the collection on a continual basis and select pieces are offered for sale by request. All staff members are educated about all gems held within the collection and available on site at all times to answer visitor questions.

In addition to onsite gem cutting, the Foggy Mountain Gem Mine also operates an online jewelry and gemstone store, offering two-, four-, and six-prong and filigree-set pendants and rings. Metal options include 14-karat yellow and white gold and sterling silver, and gemstone choices span all traditional zodiac-associated birthstones. Stones used for jewelry range between 8x6 millimeters and 12x10 millimeters. Mining supplies and souvenirs are also sold, and free shipping is provided with all orders within the continental United States.

Foggy Mountain Gem Mine is open seven days a week, with the exception of major national holidays.

Located within North Carolina’s Blue Ridge Mountains range, the city of Boone is the county seat of Watauga County and is the central commerce and tourism area of the state’s High Country area. Named for iconic American outdoorsman Daniel Boone, who frequented the area and whose family members were members of the area’s first church congregation, the area has been ranked as one of the top 10 cities in the United States to retire to by U.S. News. The city is home to the campus of Appalachian State University, a member institution of the University of North Carolina, and is located at the apex of the Blue Ridge Parkway, operated by the National Park Service. A number of buildings located within city limits have been listed on the National Register of Historic Places, including the Blair Farm, Jones House, and Daniel Boone Hotel.

Though the area only boasts a population of 17,000 as of 2010, it is known as a popular tourist destination in the Blue Ridge Mountains area, offering a variety of family and cultural attractions. The Horn in the West outdoor theater recounts the story of Daniel Boone’s life and exploration, located next to the city’s Daniel Boone Native Gardens park. Family fun park Tweetsie Railroad offers western-themed rides on a train route previously operated by the city’s historic East Tennessee and Western North Carolina Railroad, and several adventure parks offer ziplining and high ropes course packages. Natural attractions include Grandfather Mountain, the only privately-owned International Biosphere Reserve in the world, featuring a nature museum and a variety of animal environmental habitat exhibits, and several state parks offering hiking, paddling, and fishing excursions.

More Things to Do in Boone

Best Things to Do in NC: American Tobacco Historic District in Durham

Things to Do in Asheville, NC: Asheville Food Tours