Things to Do in Boone, NC: Daniel Boone Native Gardens 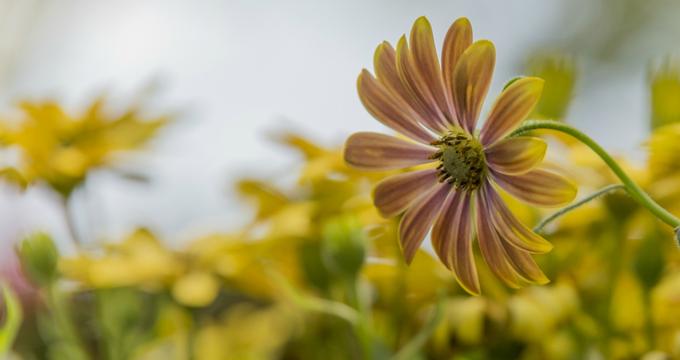 Ortloff’s discussions of difficulties in researching native North Carolina plant life due to accessibility concerns sparked an organized effort by the Garden Club of North Carolina to create a natural sanctuary for the state’s native flora and wildlife. After several years of campaigning in cooperation with local garden clubs throughout the Boone area, the Garden Club of North Carolina broke ground on the new garden facility in May of 1961, at an eight-acre location next to the city’s Horn in the West outdoor theater. Asheville landscape architect Doan Ogden was hired as the facility’s designer and landscaper, and with the cooperation of a garden club oversight committee, created the blueprint for the facility’s garden layout. Following two years of construction, the garden facility was dedicated in 1963 as part of the state’s tercentenary celebration, and in 1966, the facility was officially opened to the public. An additional fernery lot was added to the facility in 1973, and renovations throughout the 1990s added a bog garden and historic mountain porch replica to the gardens.

Today, the Daniel Boone Native Gardens are operated as a public park facility by the Garden Club of North Carolina, which operates as a nonprofit organization dedicated to natural education and conservation. The gardens encompass three acres near downtown Boone, featuring public spaces for visitor picnics, photography, and public and private special events. The facility is open daily from May through October and is handicap accessible with limited special arrangements made in advance of visits.

The facility is named for its wrought-iron north entrance gates, donated to the Garden Club of North Carolina by Daniel Boone VI, the great-great-grandson of the iconic American outdoorsman. An entrance at the south end of the facility is anchored by steps leading to a rockery area, which follow out to a graveled path surrounding the facility’s central grassed allee. A cabin facility at the park, the Squire Boone Cabin, honors Boone’s father Squire, constructed from logs recovered from the historic cabin of Boone’s brother, Jesse. A meditation maze anchored around a statue of St. Francis of Assisi is located on the allee’s north side, and a bridge located near the cabin crosses a bog garden area. Other features include a stone gatehouse, a wishing well, a prayer shrine, and a Pickin’ Porch, reminiscent of historic mountain dwelling family gathering porch areas. Benches and an observation gazebo are also provided for quiet reflection and relaxation throughout the garden.

A variety of native North Carolina plant species are on display at the garden throughout the year, with blooms and plantings changing periodically to reflect the area’s seasonal biodiversity. From March through April, skunk cabbage, trout lilies, wood anemones, and dogwood and redbud trees are showcased. Early summer blooms include bleeding hearts, wild irises, rhododendron, and mountain magnolia, while late summer blooms include purple coneflowers, New England asters, sweet azaleas, and trumpet vines. In autumn, goldenrods, clematises, touch-me-nots, and sourwood trees are on display.

Docent-led group tours of the facility are offered by special appointment by contacting the facility directly by email. The gardens may also be rented for private special events, including weddings and receptions. All wedding renters must work with an onsite wedding coordinator, and cabana tents, portable restrooms, and equipment rental may be arranged onsite through recommended local contractors. Wedding rehearsals and rehearsal dinners may be scheduled at the facility the day before the event at no additional charge to renters. A photographer’s fee is also charged for onsite photography the day of the event. Overflow parking for guests is provided adjacent to the facility.

Annual public special events include an Early Bird Wildflower Walk and Plant Sale in April, which features plant sales by local vendors and plant growers, including Shady Grove Gardens and Nursery, Woodbine Nursery, and Neal’s Natives. Information tables are also hosted by a variety of local gardening organizations, and an invasive weed clinic and family and children’s activities are held on site during the event. An annual Flower Photo Stroll is also held in May, offering open exploration time for novice photographers to work on their wildlife photography skills. The event is free and open to the public and includes an introductory lecture and instruction by local photography experts.

More Things to Do in Boone

21 Best Things to Do in Chapel Hill, North Carolina

25 Best Things to Do in the Outer Banks, NC