Things to Do in Blowing Rock, NC: Appalachian Ski Mountain 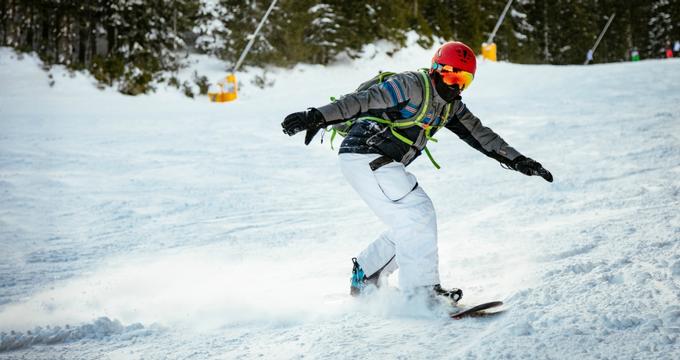 Located in Watauga County, North Carolina, Appalachian Ski Mountain is northwestern North Carolina’s oldest ski resort, featuring 12 slopes in the Blue Ridge Mountains reaching a peak elevation of 4,000 feet, as well as lodge accommodations, a restaurant, and a shopping area. Appalachian Ski Mountain is the second ski resort to stand at its current location, the first being Blowing Rock Ski Lodge, which was opened in 1962 by M.E. Thalheimer.

Six years later, the resort closed as a result of bankruptcy, and its land was purchased at public auction in December of 1968 by Grady Moretz. Moretz began the process of replacing chairlifts the following year and made major renovations to the resort’s existing 12,000-square-foot lodge, including the expansion of the lodge’s restaurant and the addition of a gift shop. The resort partnered with the French-Swiss Ski College in 1970, which offered an accredited ski college program and brought a number of skiing luminaries to the resort, including Olympic gold medalist Jean Claude Killy. Major renovations continued throughout the late 1980s and early 1990s, including the addition of several Doppelmayr quad chairlifts and an outdoor ice skating rink.

The resort’s Base Lodge, designed in 1962 by architect William P. Reinhardt, is constructed to evoke an old-world Bavarian-style lodge. Located at the base of the resort’s slopes, the lodge complex encompasses 46,000 square feet and offers a variety of amenities for skiers and non-skiers. A Slopeside Restaurant offers classic American fare with healthy options and daily specials, and a large stone fireplace provides relaxation after a long day at the slopes. A 200-foot Observation Deck also provides views of the surrounding Blue Ridge Mountains. An Alpine Ski Shop offers sales and rentals of high-quality ski equipment and apparel, and an Appalachian Gift Shop carries skiing-themed souvenirs and apparel. The lodge is a smoke-free facility and offers complimentary wifi to all visitors. Dressing rooms, lockers, clothing dryers, and a video game arcade are also offered.

The resort’s Ice Skating Rink is the only Zamboni-maintained outdoor rink in the state of North Carolina, offering views of the ski slopes and the nearby Blue Ridge Mountains. The rink is fully lit for nighttime skating and offers hockey and figure skate rentals. A rinkside bonfire serves as a resting place for skaters to warm up or an observation area for non-skating visitors. A Lodge Nursery is also offered for children ages 1-4, providing lunches and safe play while adults ski the slopes.

A variety of lodging options are offered by the resort, including four chalet facilities located within a few minutes of walking distance from the lodge facility. Lodging accommodations sleep between eight and 14 guests and offer amenities such as gas fireplaces and grills, remote control televisions with DVD players, complimentary wifi, and fully-equipped kitchens and laundry rooms. Reservations must be made through the resort’s Reservations Office and require an advance deposit. Electrical hookups for RVs and motorhomes are also provided.

Several skiing and snowboarding clubs are headquartered at the resort, including an Appalachian Junior Race Team for skiers ages 4-18 and an Appalachian Snowboard Club for riders ages 7-18. Midnight Blast Weekends at the resort offer late-night skiing sessions throughout the season, including special Holiday Midnight Blast Session events. Moonlight skating is also offered on New Year’s Eve at the facility’s ice skating rink.

Things to Do in NC: Charlotte Museum of History