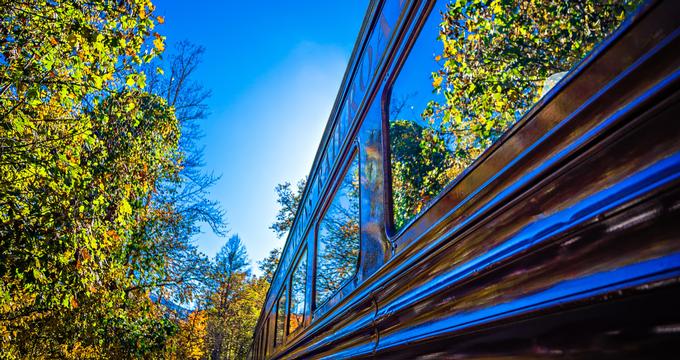 The train lines that wind through the hills, valleys, and mountains of North Carolina are among the most beautiful ways to travel through the state. Riding these railways offers visitors the opportunity to be transported back to the peak time of the train, when millions of people depended on them to move across the country. Certain attractions may be temporarily closed or require advance reservations. Some restaurants are currently offering pickup only. Hours/availability may have changed. 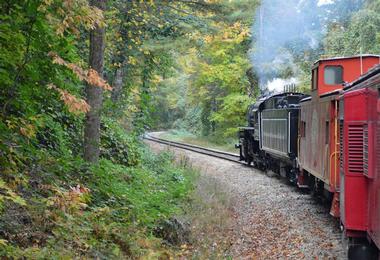 Bryson City sits right along the Smoky Mountains and the national park that protects them and is the perfect place for a train station and many miles of track, which take visitors through the mountains on a historical steam engine train. The train has been outfitted inside with modern facilities and the heart and soul of North Carolina: BBQ and good beer. The local breweries take part in supplying the train with some of the best tasting beer in the nation. Visitors may also rent a spot on the first-class cabin, which gives riders a personal attendant and the best views on the rails. Visitors are welcome to reserve event times, group events, and exploration packages. 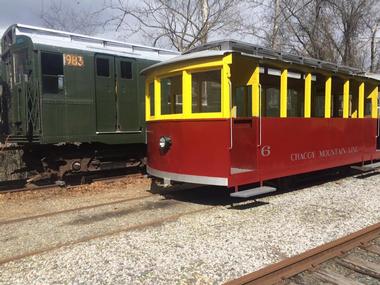 This little not-for-profit organization succeeded in acquiring the final 3.5 miles of the Craggy Mountain Line and has restored it to a fully functional state, allowing antique trains to take visitors to see the beautiful mountains in Buncombe County, NC, since 2001. The entire operation is funded by donations and is run solely by volunteers, who work hard every week to restore the vintage railway equipment, train cars, and locomotives. Visitors enjoy the rides along the Craggy Mountain Line through the countryside and all the events the organization holds each year during holidays and other times. 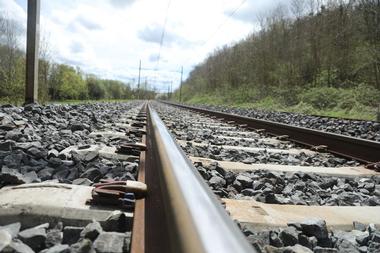 This museum is owned by an organization that has been re-creating the history of the train systems in North Carolina since 1983 with an all-volunteer team. The 8 miles of track the museum cares for has been around since 1904, when trains first carried trees and other agricultural freight through the state. Now, the museum houses artifacts, memorabilia, historical items, real train cars, and a gift shop with unique railway items for purchase, all offering information for all the years the lines operated. Visitors often board the Triangle Train, which runs along 8 miles of track, for an excursion, event, or party, and they can even drive the train. 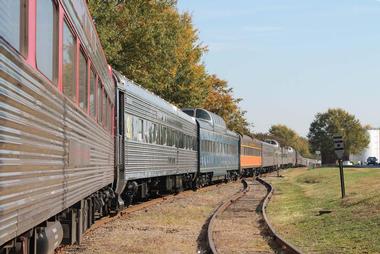 This museum showcases something from every part of North Carolina’s history of trains. The plot of land the museum sits once belonged to the Southern Railway Company and was where the company used to bring all their locomotives for repair. The huge 60-acre facility gives the museum a whole lot of track and land to display all the antique trains and train cars as well as a roundhouse that can store up to 37 trains in their respective bays. Visitors will also find ever-changing exhibits, rides on the trains, tours, events, group events, and special occasion events for holidays and other special days.

You are reading "5 Best North Carolina Train Trips & Railway Museums this Weekend with Friends" Back to Top or More places to see near me today, what to do, weekend trips 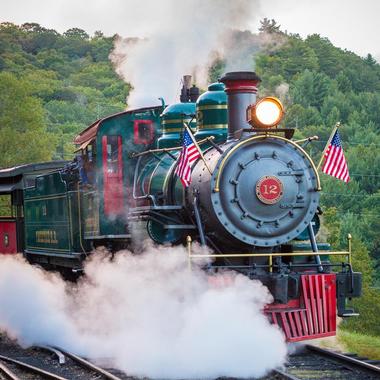 
This railroad isn’t merely a few miles of line with a couple of historical locomotives. The two coal-powered steam engines that reside at the Tweetsie Railroad Theme Park are the No. 12 Tweetsie and the No. 190 Yukon Queen, which have rich histories dating back all the way to 1917 before they came to the theme park. Visitors very much enjoy taking rides on both trains during their all-day stay at the theme park doing all kinds of fun activities for the whole family. Riders get a rundown of all the history of the pristinely restored antique trains they are riding on as well as of the track and the area in which the trains were used the most.

You are reading "5 Best North Carolina Train Trips & Railway Museums this Weekend" Back to Top or Restaurants near me, stuff to do near me

The period of the steam engine and coal-powered trains was noted for its modern marvels and helped usher in the American Industrial Revolution after the American Civil War, which had ravaged most of the country by that time. There is so much history connected to the railways, and on these trains, people can experience it, relive it, and feel what their ancestors did while riding the rails through the state of North Carolina.

The 82nd Airborne Division War Memorial Museum in North Carolina was founded in the year 1945. The mission of this museum is the collection, preservation, interpretation, and exhibition of the history from the year 1917 up through to present day of the 82nd Airborne Division. The museum’s primary purpose, however, is the education of the public. This memorial museum is dedicated to share the history of the 82nd Division with both the civilian community and the military community alike.

The gallery of exhibits at the 82nd Airborne Division War Memorial Museum is more than 5,600 square feet in area. Visitors are welcome to take a self-guided tour to fully explore the history and stories of the brave soldiers that made up the 82nd Airborne Division. The exhibit gallery starts at the founding of the 82nd Airborne Division during World War I. The exhibits continue up through the present day, acting as a timeline for the Division. The gallery also covers the 82nd Division’s role in The Global War on Terrorism. All of the artifacts displayed throughout the museum are authentic, original items that were at one time used by the Division Troopers, as well as used for, against, or with them, throughout the history of the 82nd Division.

The 82nd Airborne Division War Memorial Museum also features a theater for visitors to learn more about the history of the 82nd Airborne Division. The theater in the museum is able to seat a maximum of sixty-four guests, and also consists of a stage area where presentations can be held. Visitors can sit and watch a short film that lasts about twenty-five minutes that highlights the history of the 82nd Division.

The film is shown either by request or every hour on a daily basis, and serves as an excellent preface to the things visitors will read and see throughout the main museum exhibit gallery. The museum’s theater can be booked for unit training during normal business hours, from Tuesday to Saturday. The short film can also be bought at the museum’s Gift Shop.

On the seven-acre grounds of the 82nd Airborne Division War Memorial Museum is The Airborne Airpark. The Airpark contains nearly every aircraft that has been jumped from by Paratroopers since World War II. Used and captured pieces of artillery are displayed as well, including the M-551 Sheridan that was airdropped into Panama during Operation JUST CAUSE. Several memorials are also situated throughout the museum grounds. The Division Memorial honors all Paratroopers and Soldiers who have served as part of the 82nd Division.

The 82nd Airborne Division is a modular, active-duty airborne infantry division of the Army of the United States. The 82nd Division is stationed in one of the world’s largest areas for military training, Fort Bragg. The Division trains for airborne assault operations that take place in enemy-denied areas, and is specialized in airfield seizure. The 82nd Division is the country’s Global Response Force. It is currently under the XVIII Airborne Corps’ command, and can mobilize and land anywhere in fewer than thirty-six hours.

More Things to Do in NC

The Cape Fear Botanical Garden is filled with flowering ornamental plants and stunning themed gardens Highlights of the Garden include the Children’s Garden, Butterfly Strolls, Shade Garden, Daylily Garden, Camelia Garden, and the interesting Heritage Gardens that features a homestead and agricultural buildings from 1886. Visitors can take a relaxing walk along the site’s scenic river trail with beautiful views of the water, sit back and relax on a patio that overlooks the Cypress Pond, join a guided tour of the gardens, or find the perfect gift or souvenir from the Botanical Garden’s Gift Shop.

Founded in the year 1989, the Cape Fear Botanical Garden was the result of a shared vision of a group of local gardening enthusiasts in Fayetteville. These enthusiasts of gardening believed the community of Fayetteville should have their own botanical garden, like many other cities throughout the country. Led by local members of the community Roger Mercer, Martha Duell, and Bruce Williams, this group worked together to establish the Friends of the Botanical Garden.

Since its founding, the Cape Fear Botanical Garden has certainly flourished. More than twenty-five years since its creation, the Botanical Garden now spans across eighty acres of hardwood and pine forest. The Garden features carefully preserved natural habitats of the indigenous plants and trees of the region, as well as wildlife. The meticulously cultivated areas of gardens display over two thousand different kinds of ornamental plants. These garden areas include the renowned Hosta, Camellia, and Daylily gardens. The Butterfly Stroll, Children’s Garden, Heritage Garden, and Riverwalk all offer unique experiences for visitors of all ages as well.

The Cape Fear Botanical Garden hosts several special garden events throughout the year. The Wyatt Visitors Pavilion Complex also hosts various special events, such as weddings, business events, and military functions, and is an excellent complement to the gardens. The Garden is conveniently located near downtown Fayetteville, Pope Air Force Base, and Fort Bragg, offering history of the area, nature studies, beautiful gardens, and more.

6 Best Things to Do in Saluda, North Carolina

8 Best Things to Do in Cashiers, North Carolina

25 Best Things to Do in Wilmington, North Carolina