Things to Do in Brooklyn, NYC: New York Aquarium 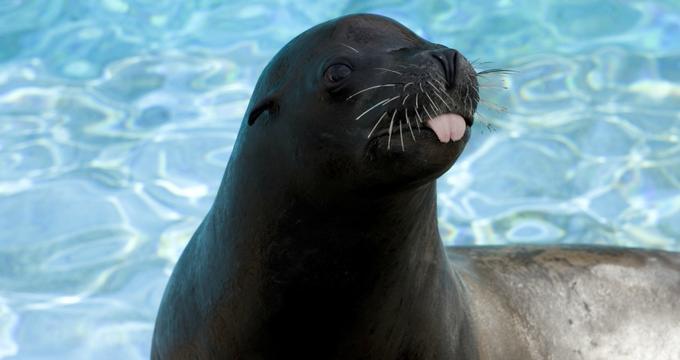 At its opening, the aquarium contained only 150 aquatic life specimens, but throughout the early 20th century, director Charles Haskins Townsend acquired substantial additions to the animal collections. The aquarium was controversially closed in October 1941 as part of Parks Commissioner Robert Moses' city revitalization plan, who feared that the construction of a traffic tunnel joining Lower Manhattan and Brooklyn would compromise the fort's foundational integrity. The aquarium's animals were relocated to the Bronx Zoo until a new facility was built on Coney Island, opening in 1957.

Today, the aquarium is part of the city's Wildlife Conservation Society network, which also manages the Central Park Zoo, Bronx Zoo, Queens Zoo, and Prospect Park Zoo. The 14-acre facility is home to 266 aquatic species across a number of exhibits, as well as a 4D theater, which offers family-friendly double-feature films with built-in sensory effects.

The Aquatheater amphitheater showcases the aquarium's sea lion population in performances with trainers and audience participants. Inside Conservation Hall, guests can experience aquatic life from the perspective of a deep sea diver, viewing cownose rays and green moray eels at the Glover's Reef display. A Sharks, Rays and Turtles exhibit highlights sand tiger sharks, and a Sea Cliffs exhibit, reopening in 2018, is home to black-footed penguins, harbor seals, Pacific walruses, and sea otters.

Daily programming at the New York Aquarium includes penguin and sea otter feedings, with times varying depending on animal conditions. Aquarium Quests are led periodically by park employees throughout the facility, featuring family-friendly activities and educating visitors about the aquarium's aquatic life. Take the Plunge, a theatrical performance written by Avenue Q puppeteer and creator John Tartaglia, is featured throughout the day at the park, using colorful puppets to teach visitors about ocean conservation.

The aquarium offers a wide variety of educational programming for children and families. Themed activities are offered for the aquarium's youngest visitors, including a Breakfast with the Animals series that allows children ages 3-8 to experience the museum with their families. The Keeper For A Day program allows children ages 7-10 to take a look behind the scenes at the daily tasks of aquatic animal caregivers. Summer camp opportunities give students a chance to explore marine life on Coney Island's beaches, meet aquarium staff, and participate in a number of art projects, games, and science experiments. Guided tours are also available for students in grades K-12, along with self-guided tour options for groups and organizations.

Along with much of the Coney Island area, the New York City Aquarium sustained significant damage in 2002's Hurricane Sandy, including severe flooding and power outages, although staff members were able to rescue 90% of the aquarium's animals. The disaster delayed major expansion and renovation plans already in place, which also closed several of the park's exhibits. While many exhibits are still open to the public during construction, the fully renovated and repaired aquarium is scheduled to open in 2018.

A new 57,000-square-foot facility will house the Ocean Wonders: Sharks! exhibit, featuring whitetip and blacktip reef sharks, sandbar sharks, nurse sharks, and Port Jackson sharks. The Shipwreck! exhibit will focus on more than 60 shipwrecks located in New York waters, which now serve as hubs for marine life. Other exhibits will highlight species native to the New York Bight, a 16,000-square-mile waterway stretching from Montauk to Cape May. The aquarium aims to educate visitors on the diverse and dense aquatic life in the New York area's waters, including threats posed by industrial development and climate change.

More Brooklyn things to do

Best Things to Do in Brooklyn, NYC: Toy Museum of NY