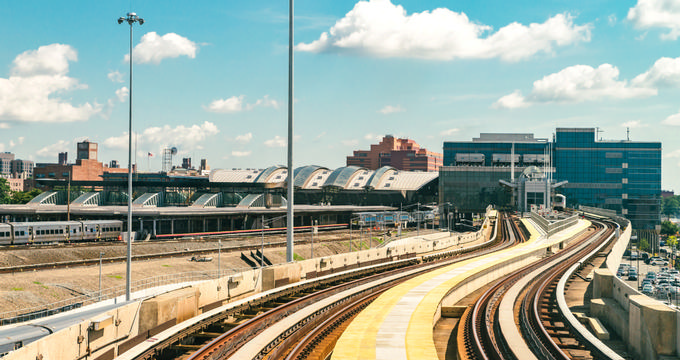 New York City is one of the most visited locations in the world. Renowned for its stunning skyline, huge high rise buildings, thriving nightlife, non-stop activities, and world class shopping opportunities, the Big Apple attracts millions of visitors each and every year. If you're flying into New York City, you'll have the choice between three major airports: JFK, Newark, and LaGuardia. Of these three, JFK is the best-known and most popular.

John F. Kennedy International Airport is one of the busiest and biggest airports in the world, and is very conveniently located right on Long Island, at the southern edge of the borough of Queens. This means that getting from JFK airport to the various boroughs of New York City is very easy and rapid, with multiple transport links connecting JFK to Brooklyn, Manhattan, the Bronx, and beyond. So if you’ve booked a flight into JFK and are worried about travel links, you should be pleased to know that this airport is one of the very best, with a wide range of options to help you on your way.

If you’re not sure which NYC borough to visit first from JFK, Brooklyn is a great option. It’s one of the closest locations to the airport, so getting from JFK to Brooklyn is particularly easy, and is also home to some of the city’s key landmarks like the Brooklyn Bridge and the world-famous Coney Island amusement park. With so much to offer, including lots of great restaurants and charming New York nightlife locations, it’s easy to see why Brooklyn is one of the most popular NYC boroughs.

Getting to Brooklyn from JFK

If you're planning a trip to Brooklyn and want to make things as easy as possible upon arrival, it makes a lot of sense to fly into JFK airport. JFK is only a short distance from Brooklyn, with the airport being located in the neighboring borough of Queens. When you arrive at JFK, there are multiple ways to get to Brooklyn in a short amount of time, with a good range of public transport options available at various price points. Read on to learn about all the different ways you can get to Brooklyn from JFK.

Getting to Brooklyn from JFK via Train

Train might just be the best way to get to Brooklyn from JFK Airport, and it's all thanks to the JFK AirTrain. This service runs round the clock, every single day of the year, offering an affordable, easy way to get from the airport to various destinations all around New York City. Trains are running every five minutes at JFK, so you'll never have to wait around too long, and the train stops off at various locations around the city, many of which are served by the subway.

This means you simply have to hop off at one of the major stops, head into the local subway station, buy yourself a ticket and take a ride on any of the connecting lines to get to Brooklyn. Many lines serve Brooklyn, including the 1, 2, and 3 red lines as well as the A, C, E MTA lines, and subway tickets start at just $2.75. The AirTrain, meanwhile, costs less than $10, so this is definitely one of the cheapest ways to get around from JFK.

Getting the Bus from JFK to Brooklyn

Another form of public transport you might choose to take is the bus. The NYC Airporter bus leaves directly from JFK airport and is a quick, easy, affordable option for people who need it. The bus runs from the airport every half hour, so you never have to wait around too long for the next one to arrive, and it stops off at several major stops around Manhattan like the Port Authority Bus Terminal and Grand Central Station. These locations have direct access to major subway links, letting you get to Brooklyn relatively quickly and easily. A bus ticket costs less than $20.

Getting a Taxi or Private Ride to Brooklyn from JFK

New York City is famous for its taxis and you'll find a lot of cabs waiting right outside the JFK airport doors to take you where you need to go. This is one of the more expensive options, but it's convenient and reliable; you don't have to worry about getting your bags on and off the subway or making any real effort, as the taxi driver will take you wherever you like. The fare from JFK to Brooklyn will be about $50-60 overall, and you can expect to pay a similar fee if you choose to use a private transfer company or car sharing app.

Renting a Car and Driving from JFK to Brooklyn

Naturally, one of the simplest ways to get to Brooklyn from JFK is to drive yourself. This is a great option for a long list of reasons. For example, if you're traveling with a large group and a lot of luggage, it makes sense to hire one or more vehicles in order to safely secure all your bags and keep everyone together as you drive off to your destination. Trying to take a subway or bus with all those bags could be a very frustrating and difficult exercise, so this is a smart option. It's also cost-effective if you plan on visiting locations around the city during your stay and want to drive yourself around without needing to rely on public transport all the time.

Getting to Brooklyn form JFK by car is very easy and can take half an hour on a good day. The route is clearly signposted, or you can use a GPS to make it even easier, so you shouldn't have to worry about getting lost. On the other hand, it's important to note that driving in New York City is often quite a big challenge, especially if you're not used to driving in a big city location. The streets of NYC are conveniently laid-out in a grid system which is easy to understand, but traffic can get hectic and the experience can be quite stressful for drivers who lack confidence, so be sure to bear this in mind if you're hesitant about renting a car.