19 Best Places to Visit in Brooklyn on a Date 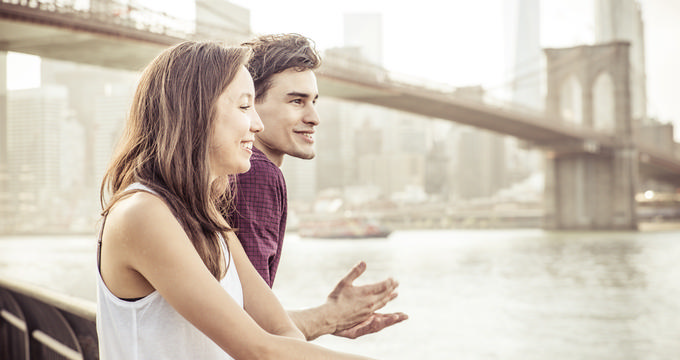 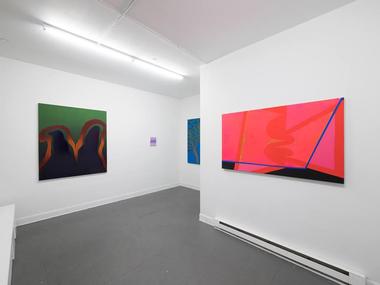 Sardine is an upscale modern art gallery in Bushwick, originally founded in 2011 by Lacey Fekishazy. The contemporary art gallery showcases a rotating lineup of solo exhibitions and small group shows, focusing on the works of emerging and mid-career artists from New York and beyond. More than 50 rotating exhibitions have been showcased since the gallery's opening, housed within an intimate, contemplative modern gallery space that allows for site-specific immersive installations. Past exhibitions have featured artists such as Daniel Giordano, Karen Tepaz, Sun You, Olivia Drusin, and Kyle Vu-Dunn. The gallery is open Saturdays and Sundays during the afternoon hours or during special event show times throughout the month. 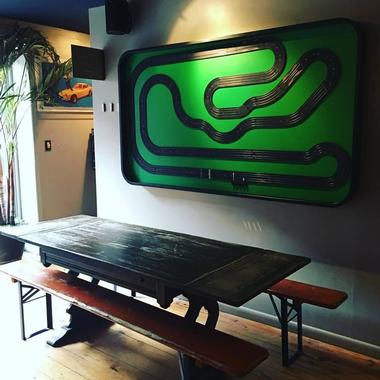 The Diamond is a unique dive bar in Brooklyn's Greenpoint neighborhood, owned and operated by Dave Pollack, best known for his work at Williamsburg's Spuyten Duyvil. The craft beer and wine bar cultivates an excellent list of domestic and imported brews, including rarities such as cult favorite Two Brothers Long Haul Ale and bottles from European breweries such as Brouwerij De Brabandere and Schneider and Sohn. A selection of craft ciders is also showcased, along with fine red and white wines and sherrys and a light bar fare menu featuring items such as charcuterie plates, pot pies, and sausage rolls. Couples can enjoy games of shuffleboard and horseshoes at the bar or cozy up outside at the bar's two-seat patio gondola. Mario Kart tournaments are also highlighted periodically, along with a weekly film festival movie showing highlighting classic hits. 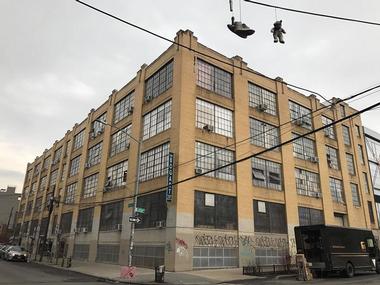 The BogArt is one of Bushwick's premiere art galleries and studio spaces, originally opened as a production studio space in 2005. Today, the converted factory space on Bogart Street is home to a wide variety of gallery and nonprofit artist spaces, including artist organizations and businesses such as NURTUREart, Theodore: Art, and Momenta Art. Visitors can peruse gallery exhibits at galleries such as Slag Gallery, Soho 20 Gallery, and Life on Mars Gallery during open hours or view artists at work at studio spaces such as Studio 10. Other companies with spaces in the factory include Agape Enterprise, Bogart Salon, and Interstate Projects. The gallery and studio space is conveniently located near the L train route for easy and convenient transportation. 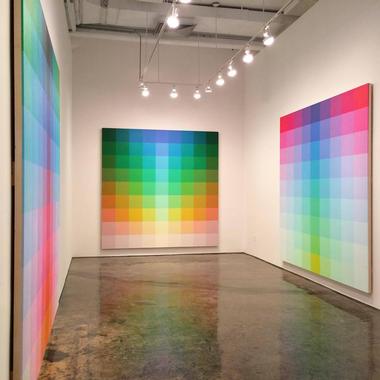 
Minus Space is an abstract art gallery in Brooklyn's Dumbo neighborhood, originally founded in 2003 as an online curatorial project helmed by area artists Rossana Martinez and Matthew Deleget. Following a number of curated online exhibitions, portfolios, interviews, and critical essay publications, the gallery opened its first physical space in 2006 following a string of nationally-curated exhibits at guest locations. Since 2011, the gallery has been located along Dumbo's Front Street, focusing on exhibitions of abstract and reductive art by artists working in media such as drawing, painting, sculpture, poetry, installation, and multimedia art. Past works have include a retrospective of modern art coverage by Life magazine, a collection of record art and ephemera by Josef Albers, and the acclaimed exhibition Roberta Allen: Works from the 1970s, which was selected as one of Brooklyn's top 10 art shows in 2014 by Hyperallergic. 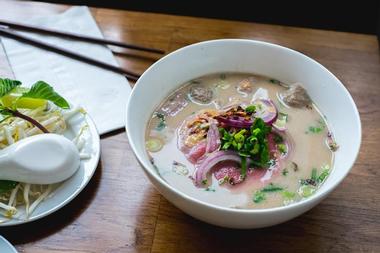 
Falansai is one of New York's best Vietnamese-style restaurants, originally opened in 2013 by owner and executive chef Henry Trieu. The restaurant, which has been awarded with high rankings from the prestigious Michelin Guide, offers creative French-Vietnamese fusion fare out of its Bushwick dining space, with a focus on high-quality comfort fare. Communal tables give a converted warehouse facility an intimate gathering space vibe, perfect for first dates or romantic outings. Pho is served up all day, including a selection of internationally-inspired Globe Trotter Pho options from regions such as Mexico, Peru, and Gunkanjima. At dinner, couples can choose from meat and seafood entrees such as Kung Pao calamari, heo kho-style caramelized pork belly, ginger-infused ga gung chicken, or wok-sauteed filet mignon cubes. Vegetarian dishes include pumpkin curry, lemongrass tofu, and sauteed ca tim xao eggplant. 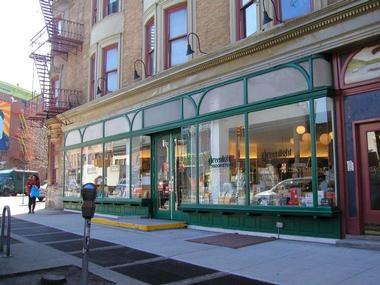 Greenlight Bookstore is one of Brooklyn's most acclaimed independent bookstores, originally opened in the borough's Fort Greene neighborhood in 2009 by Rebecca Fitting and Jessica Stockton Bagnulo. The store, which opened a second location on Flatbush Avenue in 2016, has developed a loyal following for its collections of unique and rare literary titles, which are carefully tailored to the needs and interests of both locations' neighborhoods. Collections are organized according to a diverse shelving policy which does not separate books by race, gender, or other cultural dividers. An extensive family-friendly and children's section is offered at the Prospect-Leffert Gardens locations, which is housed within a newly-constructed luxury residential tower. 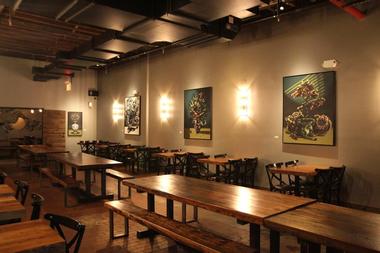 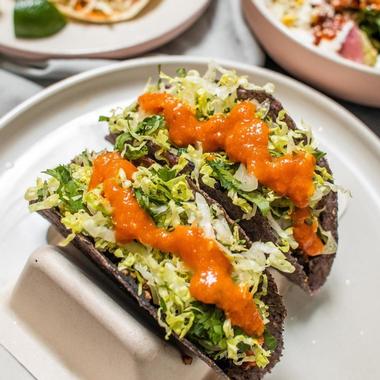 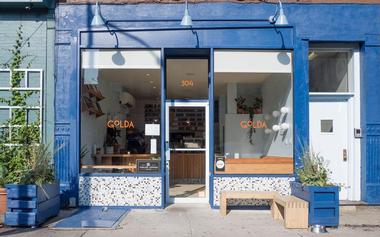 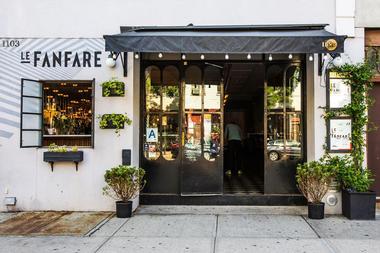 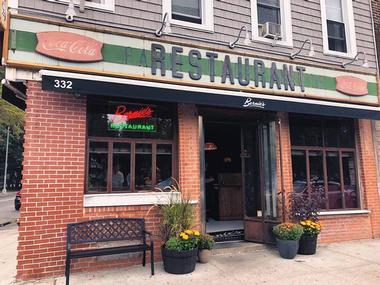 Bernie's is a laid-back, relaxed Brooklyn hangout in Greenpoint near McCarren Park, offering the perfect low-lit, comfortable ambiance and old-school booths decked out with butcher paper and crayons for clever doodling and gameplay during dinner with dates. The casual dining destination offers a full menu of comforting American-style fare, including double patty cheeseburgers, baby-back ribs, and half and whole vinegar chickens served up with sides such as onion rings and creamed spinach. Shareable appetizers include classic favorites such as shrimp cocktail, baked clams, garlic bread, and mozzarella sticks, available at lunch and dinner daily. Ice-cold beer is available on tap, including national craft favorites such as Shiner bock. Dates can also split spectacular desserts such as oversized brownies, grasshopper sundaes, and lemon ice-box pie. 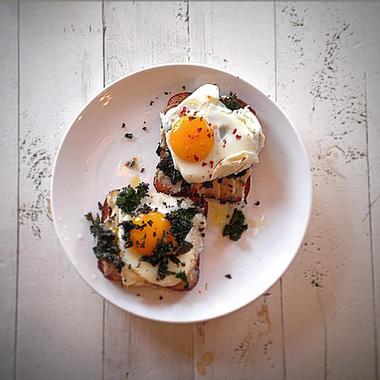 Baba Cool is a charming all-day cafe in Brooklyn's Fort Greene neighborhood, opened to the public in 2015 by restaurateur Gabriella Mann. The vibrant, unique dining spot serves up light fare throughout the morning and afternoon hours, including creative toasts, chia pudding cups, and clever egg sandwiches, complemented by classic coffee shop beverages, including a variety of espresso-based beverages using beans sourced by Toby's Estate. Matcha drinks by kettl are also served up, along with a selection of organic hot and iced teas. Dinner specials are available between 5:00pm and 9:30pm, complemented by a full menu of local wines, beers, and kombuchas on tap and handcrafted specialty cocktails. 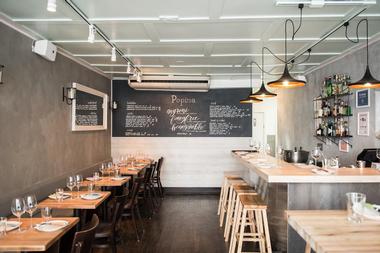 Popina is a unique fusion restaurant offering from restaurateur Chris McDade, opened to the public in the Columbia Waterfront District in 2017. The restaurant showcases a unique menu combining culinary influences from Italy and the American South, presented as part of three-course prix fixe menus nightly at dinner. Entree offerings range from classic dishes such as panzanella, bucatini, and burrata, served up alongside unique dishes such as hot chicken Milanese and pappardelle prepared with collard greens and ham hock. At brunch, diners can choose from options such as Carolina gold rice arancini, grits and greens, and breakfast sandwiches prepared with egg, cheese, and guindilla. A carefully-cultivated selection of red, white, and sparkling wines is available to complement all meals, along with local draft beers and handcrafted specialty cocktails. 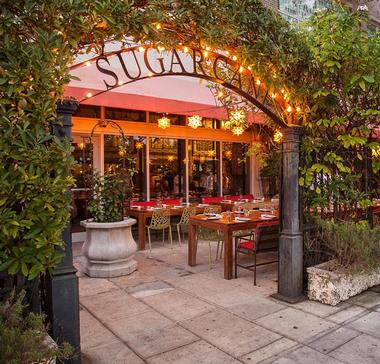 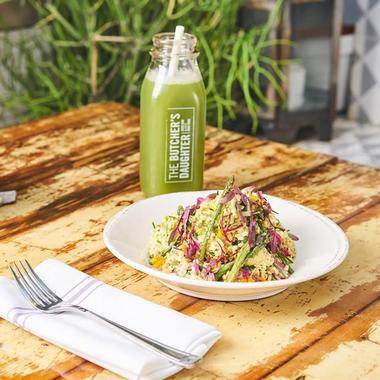 Weekend getaways, top 10 things to do, places to visit near me:Weekend Getaway in Michigan, Day trips from London 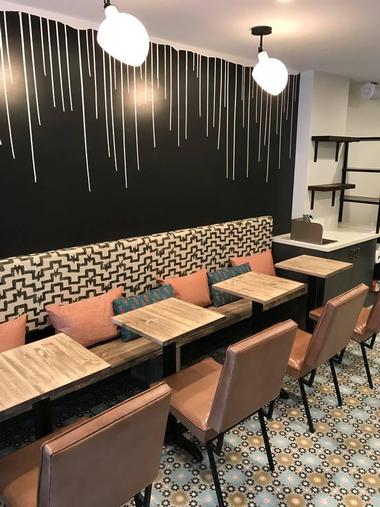 Mulberry and Vine is a perfect choice for couples looking for health-conscious date fare, showcasing a menu of customizable bowls with organic, locally-sourced ingredients. The popular New York City chain, which is helmed by Michelle Gauthier and Justin Schwartz, offers locations throughout Manhattan and Brooklyn, including a location in the upscale Dumbo neighborhood. Create-your-own bowls showcase protein options such as sesame scallion tofu, jackfruit, roasted salmon, and charred avocado, tossed in healthy oils such as cold-pressed extra-virgin olive oil. A selection of prepared foods are also available, including curried freekah and quinoa salads. Diners should note that all locations of the chain are card-only and do not accept cash payment. 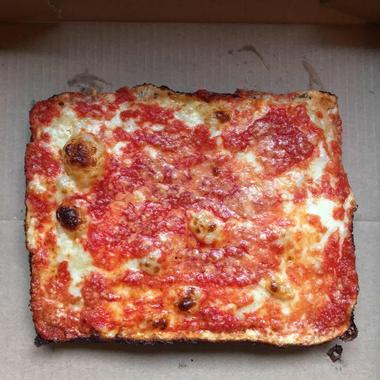 Emmy Squared is a charming neighborhood pizza joint in Williamsburg, opened to the public on 2016 by Emily and Matt Hyland. The restaurant is known for its comforting red and white pizza concoctions, ranging from classic mozzarella, margherita, and deluxe variants to Hawaiian-style Hula Hogs, honey and pickled jalapeño-infused Colony Squareds, and upscale Angel Pies, topped with mushrooms, ricotta, and Truffleist cream. Couples can customize pizzas with toppings such as chorizo, Zia hatch chiles, mushrooms, and the restaurant's signature Sammy sauce. Classic sandwiches include meatball sandwiches, chicken parms, and double-stacked Le Big Matt burgers, prepared with grass-fed beef patties and American cheese and served with waffle fries. Regional draft beers, red and white wines, fine liquors, and specialty cocktails are served up throughout the evening, with special social hour pricing Monday through Friday during the early evening hours.

"19 Best Places to Visit in Brooklyn on a Date" Back to Top or Romantic Getaways, Wedding Ideas close to me this Weekend, Honeymoon, Anniversary Ideas, Getting Married & Romantic things to do, Places around me 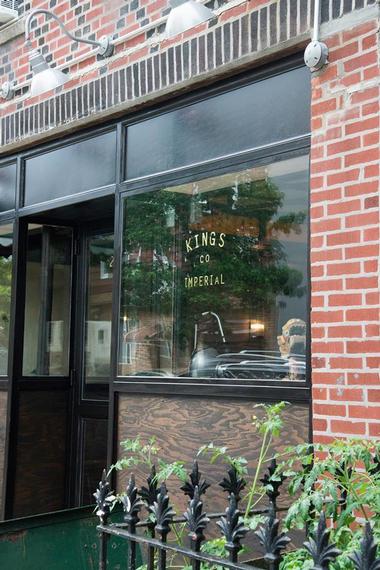 "19 Best Places to Visit in Brooklyn on a Date for Locals & Tourists - Restaurants, Hotels" Back to Top or Beautiful places near me, Travel guide & More pictures of fun cheap vacation spots

19 Best Places to Visit in Brooklyn on a Date

22 Unique Things To Do in NYC This Summer

22 Unique Things To Do in Brooklyn This Summer