Things to Do in Taos, New Mexico: Taos Ski Valley 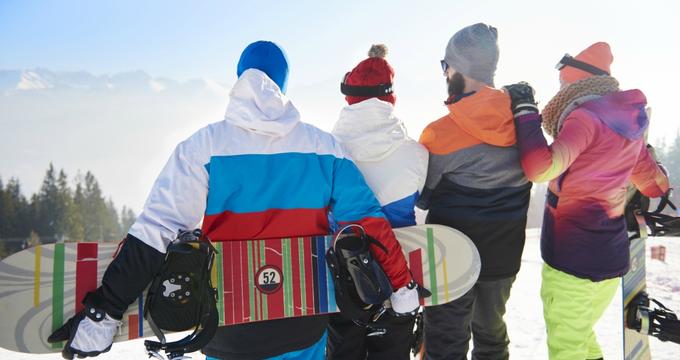 Located in Taos County, New Mexico, Taos Ski Valley is an alpine ski resort village town offering access to peak slope elevations of 12,481 feet, along with a resort village and suite accommodations. The present-day site of Taos Ski Valley was once home to the copper mining town of Twining, which was abandoned in the late 1800s. In 1955, the Taos Ski Valley resort was opened by Ernie and Rhonda Blake of Santa Fe, the managers of the Santa Fe Ski Basin.

At its opening, the resort featured access to a single ski slope, named Snakedance, and had little access to modern buildings and amenities until the mid-1960s, when the village area was incorporated. In 1956, a J-Bar ski lift was installed for the Snakedance slope, and the following year, a second chairlift was installed. Throughout the second half of the 20th century, the resort continued to add slopes and amenities, including a resort village and condominium accommodations. In 2013, the resort was purchased by American investor Louis Bacon, the founder and CEO of Moore Capital Management.

Today, Taos Ski Valley is home to more than 55 independent businesses, including a variety of restaurants and overnight accommodations options. As the highest-elevated municipality in the United States, the 2.4-square-mile ski village sits at a maximum height of 12,581 feet, with average skiing elevations reaching 9,207 feet. Tourism comprises the majority of the village’s industry, with more than $12 million spent annually on skiing operations.

Five distinct skiing terrain parks are offered, including the Lower and Upper Front Side areas, the Bcak Side, the Highline Ridge, and the West Ridge. 110 skiing trails are featured, accommodating beginner, intermediate, and expert skill levels. Beginner and intermediate areas encompass roughly one-half of ski terrain and include Bambi Glade, Strawberry Hill, Whitefeather, Mucho Gusto, and Powderhorn. Higher-skill slopes are divided into advanced and expert categories and include Edelweiss, Inferno, Longhorn, Thunderbird, and three Kachina slopes, reaching a peak elevation of 12,481 feet. 15 chairlifts serve the slope areas, including the Kachina Lift, the highest triple chairlift in North America.

Located adjacent to Lift 1, The Blake is an 80-room alpine lodging house offering one- and two-bedroom, deluxe, and king suites. All guest rooms include amenities such as refrigerators, coffeemakers, and televisions serviced with DirecTV channels. Suites also include a gas fireplace and full kitchenette and laundry room area. Pet-friendly rooms are available upon request. The resort’s 192 at the Blake restaurant blends alpine and New Mexican architecture and decor styles, offering flatbreads, tapas, fine wine, and seasonal craft beer. A Spa and Wellness Center also offers massage, aromatherapy, and facial treatment services, and ski equipment and apparel can be purchased or rented at Taos Sports.

At the base of Lift 4 and Kachina Peak, the Bavarian Lodge and Restaurant offers four suites available for rental throughout the winter skiing and peak summertime seasons, including a three-bedroom suite for larger group accommodations. The resort’s restaurant offers a variety of authentic German dishes, including sauerbraten, wienerschnitzel, and käsespätzle, along with a large selection of imported German beers. American fare options such as sandwiches, salads, and burgers are also offered. Skiing packages through the resort offering complimentary lunch or dinner along with ski times are available for booking.

A variety of other dining options are offered throughout the resort area, including Rhoda’s Restaurant, which serves authentic New Mexican cuisine made from fresh, locally-sourced ingredients. At the base of Lift 6, the Whistlestop Cafe offers custom-made flatbreads and soups served in bread bowls, while the Phoenix Grill, located at the bottom of Lift 4, serves pulled pork dishes and craft beers. Grab-and-go options are offered at the Tenderfoot Katie’s Food Court, and after-ski cocktails are served at the Martini Tree Bar.

A number of annual skiing competitions are hosted at Taos Ski Valley throughout the year, including the Junior Taos Freeride Nationals, held the second week in February. Also in February, the Rio Hondo Rando Raid event is host to the US Ski Mountaineering Nationals Sprint and Team Races. Public special events throughout the skiing season include a Femme de Freeride women’s skiing festival, a Brewmaster’s Festival, and New Year’s Eve festivities featuring midnight skiing, a torchlight parade, and fireworks. A variety of arts and culture events are also hosted throughout the year in the village of Taos, including the Frank Morgan Jazz Festival, film and lecture series hosted by the Taos Center for the Arts, and First Friday gallery crawl events in the village’s arts district.

More Things to Do in Taos

Things to Do in Montana: Big Sky Resort