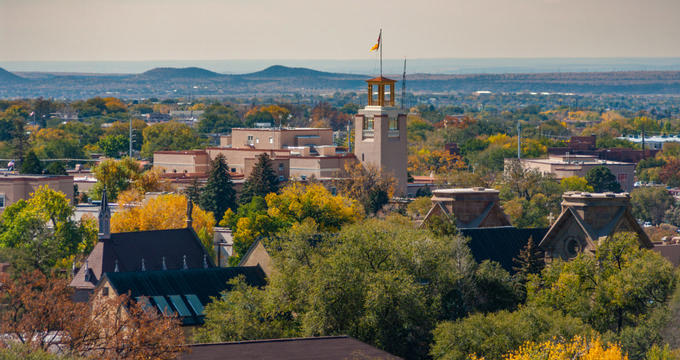 One of the biggest cities in the state of New Mexico, Santa Fe is also the state capital. The city is located in Santa Fe County in the central part of New Mexico and is nicknamed 'The City Different'. Santa Fe has a population of over 80,000 people, making it the fourth most populous city in the state, and covers an area of 37.4 square miles. Santa Fe was used as a home by various indigenous peoples over a period of several thousand years, with these peoples building little villages in the area that would later go on to become the city of Santa Fe. 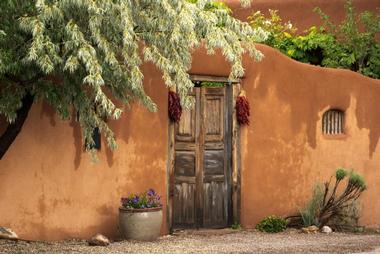 The city itself was officially founded in 1610 by Spanish settlers and its name translates to 'holy faith' in English. Due to the fact that it was founded such a long time ago, Santa Fe is technically the oldest state capital in the United States. The city was first part of New Spain, then later became part of Mexico, before eventually becoming part of the United States after the Mexican-American way of 1846-1848. In 1912, New Mexico became an official state, and the 20th century saw great changes and developments in the region in order to elevate the status of the city and attract more businesses and residents.

It was during this time that the "City Different" nickname started to come about, as Santa Fe began to be seen as a prime place for freedom of expression. With a welcoming attitude, friendly people, and a culture that encourages people to be themselves, the city stands out from many other locations around the United States and the world. Many of the homes and buildings in the area are Mexican-style, due to the history of this location. 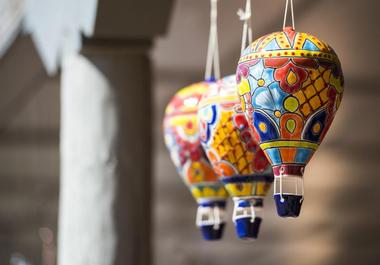 New Mexico residents are generally used to living at high altitudes as the state is the fourth highest overall in terms of elevation, trailing only Colorado, Wyoming, and Utah. The mean elevation in New Mexico is 5,700 feet (1,740 m). Therefore, compared to the mean elevation of New Mexico, the city of Santa Fe is one of the state’s highest points. The highest city in New Mexico, however, is the Taos Ski Valley, a small ski resort town in Taos County, which has a base elevation of 9,207 feet (2,806 m) and can reach heights of up to 12,581 feet (3,835 m), with several homes and business being based above 10,000 feet (3,048)

3.Climate and Things to Do in Santa Fe 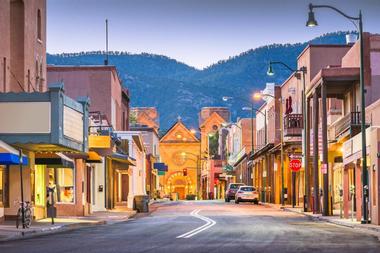 Santa Fe has a dry steppe climate due to its location, meaning it has hot summers and quite cold winters, with generally dry conditions and low amounts of rainfall throughout the year. The temperatures in Santa Fe can change quite suddenly as the sun sets and rises, with the days generally being quite warm and the nights dropping down to much colder temperatures. Snowfall can occur in this region, with several inches expected through winter, but rain only really falls in any large quantities during the summer months, which is the North American Monsoon season.

Modern day Santa Fe attracts many visitors with a strong range of museums, attractions, historic sites, live shows, and recreational activities nearby. Tourism is a big part of Santa Fe's economy, so there are plenty of activities and attractions to enjoy. The Plaza area in Downtown Santa Fe is a popular gathering point for tourists, and various fiestas and annual events are held here at various times of the year.