8 Best Things to Do in Jemez Springs, NM 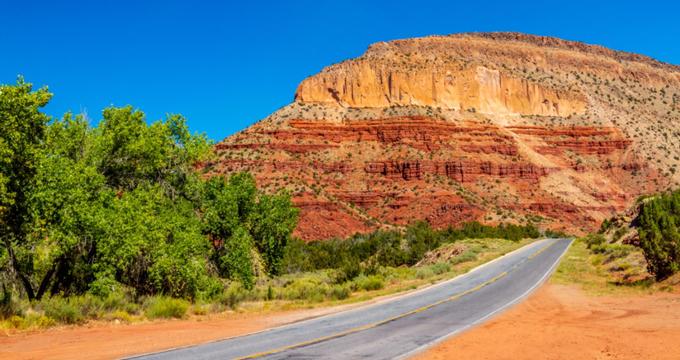 Jemez Springs is a village in Sandoval County, New Mexico, named for the nearby Pueblo of Jemez. The village is the site of Jemez State Monument and is home to many popular hot springs including Jemez Hot Spring in the Valles Caldera National Preserve. Valles Caldera, also known as Jemez Caldera, is a 13.7-mile wide extinct volcanic caldera in the Jemez Mountains. The Jemez Historic Site, also known as Jemez State Monument, is a historic site created to mark and preserve the archaeological remains of Gíusewa Pueblo, the 16th-century Native American village and San José de los Jémez, the 17th-century Spanish colonial mission. The Jemez Mountain Trail National Scenic Byway is one of eight official byways in New Mexico. This 132-mile loop offers a convenient and comfortable way to see the best of Northern New Mexico in one day. CDC information for travelers. Hours/availability may have changed. 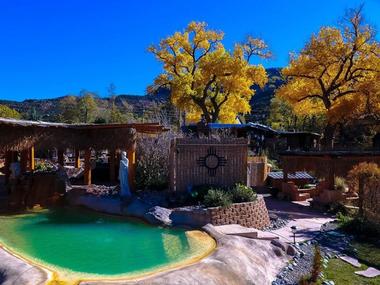 Jemez Springs is a series of natural hot springs originated in the Valles Caldera National Preserve about 17 miles north. Jemez Springs are hikers’ delight, they can enjoy magnificent waterfalls and soothing comforting hot springs after a long hike up the mountain. A series of connected trails will take them to other hot springs such as Spence Hot Springs near Soda Dam, McCauley Hot Springs close to Battleship Rock, and San Antonio Hot Springs in the Santa Fe National Forest. More luxurious hot springs, spas and bath houses in Jemez Springs offer cleaner, more comfortable environment in which to soak. It can be under a starry sky or combined with an herbal wrap or massage. Jemez Springs’ facilities have it all. 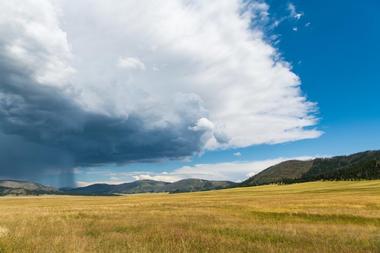 Valles Caldera, also known as Jemez Caldera, is a 13.7-mile wide extinct volcanic caldera in the Jemez Mountains of northern New Mexico, near the town of Jemez Springs. The caldera was formed as the result of a spectacular volcanic eruption about 1.25 million years ago. The Valles Caldera National Preserve was established to protect this magnificent natural treasure. The area is full of scattered hot springs, streams, fumaroles, natural gases and volcanic domes. The highest point is Redondo Peak, a 11,253-foot high lava dome. The bottom of the caldera also has several grass valleys such as Valle Grande, the largest and the only one accessible by a paved road. Visitors can enjoy miles of ranch roads, livestock trails and game trails. There is a network of trails designated for horse riding.

You are reading "8 Best Things to Do in Jemez Springs, NM" Back to Top

The Jemez Mountains is a group of mountains of volcanic origin in Rio Arriba, Sandoval, and Los Alamos counties, New Mexico, to the north of the Albuquerque Basin in the Rio Grande rift. Pueblo Indian tribes have lived in the Jemez Mountains long before the Spanish arrived in New Mexico. They were the Towa-speaking Jemez people, the Keres-speaking Keresan Indians, and the Tewa-speaking Tewa Indians. The highest point is Chicoma Mountain at 11,561 feet. The town of Los Alamos and Los Alamos National Laboratory are located at the eastern side of the range and the town of Jemez Springs is to the west. The only ski area nearby is Pajarito Mountain Ski Area. The main road that provides access to the mountains is the New Mexico State Highway 4.

You are reading "8 Best Things to Do in Jemez Springs, NM" Back to Top

The Jemez Historic Site, also known as Jemez State Monument, is a historic site in Jemez Springs, New Mexico, on New Mexico State Road 4. The site was created to mark and preserve the archaeological remains of Gíusewa Pueblo, the 16th-century Native American village and San José de los Jémez, the 17th-century Spanish colonial mission. The site is considered an important ancestral site of the Jémez Pueblo people who live in the area. The Jemez Historic Site is located near the village of Jemez Springs, in the Jemez River valley, not far from the mouth of Church Canyon. The six-acre site includes remains of a Native American pueblo and a Spanish mission compound. The main features of the mission are the partially preserved walls of the church, one of the largest 17th-century mission churches in the state. The church walls are built of limestone, with some volcanic tuff and sandstone. The walls are between 6 and 7 feet thick at their bases. Next to the mission are the remains of a fairly large pueblo, with about 200 rooms in five blocks and two kivas. Parts of the pueblo are open to visitors.

You are reading "8 Best Things to Do in Jemez Springs, NM this Weekend with Friends" Back to Top or More places to see near me today, Weekend trips 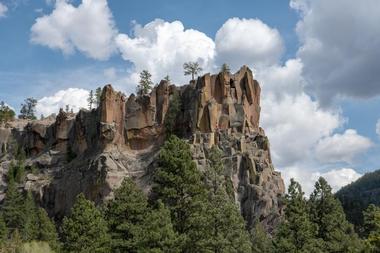 
The Jemez Mountain Trail National Scenic Byway is one of eight official byways in New Mexico. This 132-mile loop is good for most vehicles and offers a convenient and comfortable way to see the best of Northern New Mexico in one day. Start going west from Los Alamos on State Road 501 and turn onto State Road 4 toward Jemez Springs, through Bandelier National Monument. The road climbs up more than 1,000 feet through lush, dense forest, reaching the top at an elevation of 9,000 feet. The incredible views of Valles Caldera will open up in front of you. Continue on to Jemez Falls campground. The easy 1/4-mile hiking trail runs down to a beautiful waterfall. As you return to State Road 4, you will pass by the majestic Battleship Rock on your left. To visit McCauley Warm Springs, you will have to take short but steep, hike. As you keep driving, you will pass by Soda Dam, Jemez State Monument, the Gilman Tunnels, Ponderosa Valley Vineyard and red rocks of Jemez Pueblo.

You are reading "8 Best Things to Do in Jemez Springs, NM this Weekend" Back to Top or More places of interest in, Things to do near me


Battleship Rock is a 200-foot tall natural formation near Jemez Spring, New Mexico. It is formed of welded volcanic ash. Hiking to the top of Battleship Rock is forbidden for safety reasons. The picnic area is located at 6760 feet. It is open for day use only, from sunrise to sunset. It offers one round wooded shelter with tables and fire grills, 33 picnic shelters with tables and grills, chemical toilets and drinking water. Hikers should be aware that there are both poison ivy and water hemlocks in the area, which is a popular destination not only for picnicking and hiking but also for fishing on San Antonio River. There is a trail that leads to McCauley Warm Springs, and a footpath at the north end of the picnic area which leads to Hidden Falls.

You are reading "8 Best Things to Do in Jemez Springs, NM" Back to Top or More must do for couples, places to visit this weekend 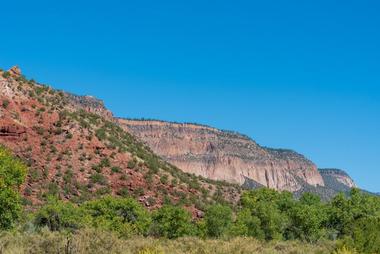 Jemez National Recreation Area is located in Santa Fe National Forest, covering 57,650 acres and is managed by the U.S. Forest Service's Jemez Ranger District. The Forest Service promotes the area for fishing, camping, rock climbing, hunting and hiking. The area has been traditionally used by Jemez Pueblo, so government is obliged to consult the native people on matters concerning cultural and religious sites. They may close areas for traditional uses. Mining is prohibited, except on already existing claims. Part of the area that covers about 9,350 acres is in private hands. The national recreation area is adjacent to Valles Caldera National Preserve. Jemez National Recreation Area was established in 1993

You are reading "8 Best Things to Do in Jemez Springs, NM" Back to Top or More tourism, attractions for couples, food, things to see near me today

Jemez Artisans Co-op Gallery in Jemez Springs, New Mexico is a collective of nine local artists living and working in Jemez Mountains. The gallery was established by Tom and Joann Vandenberg. Tom was making wooden birdhouses as a hobby and showing them at several fairs in the valley. He finally set up a stand next to the old post office, across the street from the Jemez Fine Arts Gallery. That inspired Tom and Joann to form a similar co-op with other artisans in the area. They rented the old post office building in the fall of 2009 and after extensive renovations opened the gallery in 2011. There were eight original members of the Jemez Artisans. The number increased since to nine, with different artists participating in the coop. All artists are responsible for running the gallery. The artifacts on display include fabric arts, jewelry, ceramics, digital paintings, photography, fine woodwork, recycled media art, stained and fused glass and tie-dye.

8 Best Things to Do in Jemez Springs, NM

You are reading "8 Best Things to Do in Jemez Springs, NM " Back to Top

25 Best Things to Do in Albuquerque (New Mexico)