Things to Do: Comedy Shows in Atlantic City 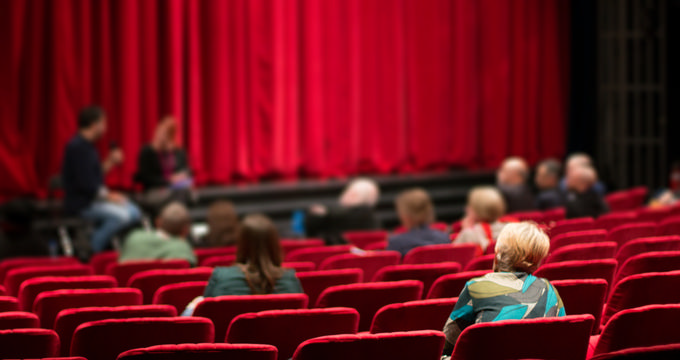 Known as "The World's Famous Playground", Atlantic City is commonly regarded as the East Coast equivalent to Las Vegas. It might not be quite as flashy or famous as its Nevada rival, but there's a whole lot of fun to be had in this New Jersey resort town. Well known for its boardwalk, beaches, and incredible array of glittering casinos, Atlantic City has been the home of the famous Miss America pageant for almost a century and saw huge growth in the 70s and 80s once gambling was legalized.

With all sorts of attractions to enjoy, Atlantic City attracts a lot of visitors and has some of the best nightlife activities along the East Coast. Just like Vegas, the city boasts a wide array of live entertainment, including several comedy clubs and shows. When people aren’t gambling at one of the many casinos or taking in some live music, they can often be found laughing the night away at one of Atlantic City’s multiple comedy venues. Things to Do in Atlantic City

With so many famous hotels and casinos all around the city, Atlantic City is filled with comedy clubs and venues too. There are lots of great resident shows to enjoy around the city and it’s not uncommon to see nationally known touring comedians stopping off in the area for a few shows too. Here are some details on a few of Atlantic City’s top rated comedy shows and locations.

One of the only clubs in all of Atlantic City to be fully dedicated to comedy, the Atlantic City Comedy Club runs multiple shows every single week, with highlights of the schedule being the "Monday Night Headliners" and "Thursday Night Headliners" events in which a myriad of highly rated professional comics take to the stage one after another in a non-stop laugh-fest.

There's always an impressive set of comedy talent lined up to entertain you each and every week at the Atlantic City Comedy Club, so if you need a break from the city’s casinos and bars, stopping off at this laugh-a-minute location is always an awesome idea.

With two Atlantic City locations, one at the Playground Pier and another at the Tropicana hotel and casino, AC Jokes is Atlantic City's premier comedy club. Boasting an impressive list of stellar comedic talent, AC Jokes features some of the East Coast's biggest stars like Ray Vazquez, Mike Merk, and Zach Pickert.

Running ten shows every single week, AC Jokes provides some huge laughs every single evening and also does a lot of good work and special fundraising events for charity. The atmosphere at any AC Jokes gig is warm and welcoming for all, feeling more like your own living room back home than a professional comedy club.

Located in the beautiful Borgata Hotel & Casino in a venue with 1,000 seats, the Music Box offers a varied array of live music and stand-up comedy shows over the course of the year. A small, intimate venue famous for its fantastic live concerts, the Music Box boasts a varied, ever-evolving schedule with all sorts of super comedy acts to enjoy at any time of year.

The likes of Bill Burr and Craig Ferguson have appeared on the great stage of the Music Box in recent times, with many more huge talents scheduled to appear there in the months and years to come. So if you’re looking to see big name comedians in a cozy venue, this is definitely one of the best places to be in all of Atlantic City.

Home of the world-famous Miss America beauty pageant, the Boardwalk Hall is one of the oldest and most historic convention centers and live entertainment venues in all of Atlantic City. It's an incredible place to visit, housing the world's biggest musical instrument and thousands of seats. Concerts and sporting events are held at this location, as well as major comedy shows and events.

The annual Atlantic City Comedy Festival, for example, is held at this location and features some of very best comedy icons from all around the nation. The festival takes place over a weekend, with different lineups on each day and non-stop laughs guaranteed. Other major comedians will also appear at this venue on their tours around the nation.

25 Best Things to Do in Jersey City, NJ

25 Best Things to Do in Princeton, New Jersey