7 Best Things to Do in Merrimack, New Hampshire 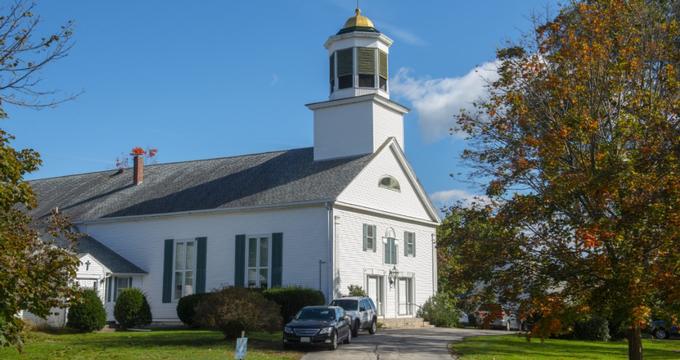 Merrimack is a small town in New Hampshire’s Hillsborough County that is made up of four charming villages, namely Merrimack Village (formerly known as Souhegan Village), South Merrimack, Thornton’s Ferry, and Reeds Ferry. The town has several interesting attractions and activities ranging from hiking, horseback riding, and mountain biking trails to nature parks and conservation areas, and locally owned breweries and restaurants. Here are some of the things to see and do on a visit to Merrimack, New Hampshire. CDC information for travelers. Hours/availability may have changed. 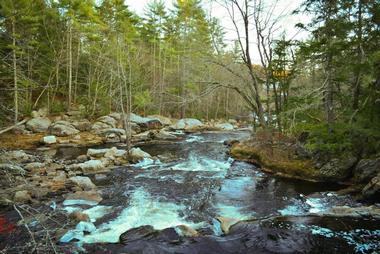 Wildcat Falls Park and Conservation Area is a well-maintained park and nature preserve outside Merrimack that offers a family-friendly area for the public to enjoy outdoor activities. The park is home to the Wildcat Falls hiking trail, an 11.5-mile trail for all levels of hikers and walkers that winds its way through the park, bypassing the Wildcat Falls and a diverse variety of fauna and flora.

You are reading "7 Best Things to Do in Merrimack, New Hampshire" Back to Top

Nuthin’ but Good Times is a family-friendly event center with an indoor playground featuring several structures for play, a separate area for toddlers, a lounge area with massage chairs for kids to relax, and a casual café serving light bites and drinks. Based in a 9,000-square-foot building, the playground provides a safe place for children up to the age of 12 to learn through play, socialize, and make new friends, as well as specializes in family-oriented events and birthday parties with a variety of custom-made packages for all budgets. The Nuthin’ but Good Times Café serves a menu of freshly made food, including gluten-free and vegetarian options, and is open seven days a week.

You are reading "7 Best Things to Do in Merrimack, New Hampshire" Back to Top 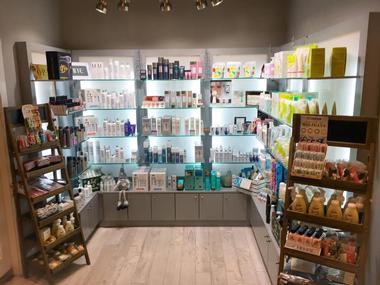 Innovations The Salon & Spa is a luxury spa and wellness center that offers a range of body and facial treatments, massages, and hair salon services. The deluxe spa has an award-winning team of beauty and wellness experts that cater for every need from beauty treatments to health and transformation consultations. The spa has several elegantly furnished treatment rooms in which spa services and body treatments are offered, including massages, hair removal, facials, make-up and tinting, nails, and hair removals. A full-service hair salon offers an array of services, including cutting, extensions, treatments, and conditioning, and medical treatments such as derma-filler and Botox ® are available.

You are reading "7 Best Things to Do in Merrimack, New Hampshire this Weekend with Friends" Back to Top or More places to see near me today, what to do, weekend trips

The Lobster Boat Restaurant is a local restaurant chain that serves fresh seafood and New American cuisine in a casual, old-school setting. The original Lobster Boat Restaurant was established in Merrimack in 1984 and offered a traditional New England seafood experience in a laid-back, relaxed setting. The concept grew in popularity and two other locations of the family-friendly restaurant were opened in Litchfield and Exeter, all of which serve menus of fresh, seasonal seafood, hearty burgers and fries, sizzling steaks and sides, fresh salads, and vegetarian options. The food is accompanied by a selection of beverages, including craft beers, casual wines, and classic cocktails, and the restaurant is open for lunch and dinner, daily.

You are reading "7 Best Things to Do in Merrimack, New Hampshire" Back to Top or More must do for couples, what to do near me, places to visit this weekend 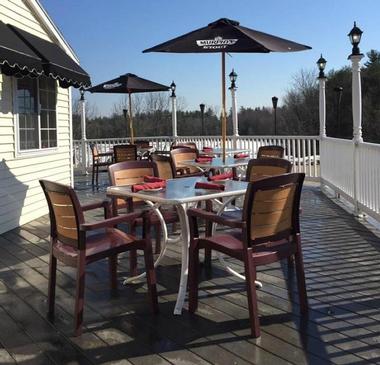 Based in a spacious, yet cozy farmhouse on the Daniel Webster Highway, the Homestead Restaurant & Tavern is a family-friendly restaurant with a full-service pub that serves traditional American cuisine in a warm and welcoming setting. Boasting plush comfortable décor, soft lighting, and crackling fireplaces, the restaurant has an inviting dining area, a charming tavern with a bar offering a wide selection of libations, and an outdoor deck for summertime alfresco-style dining. The restaurant serves delicious made-from-scratch dishes using fresh, locally sourced ingredients, and is open for lunch and dinner, daily.

You are reading "7 Best Things to Do in Merrimack, New Hampshire" Back to Top or More tourism, attractions for couples, food, things to see near me today

Hayward's Ice Cream is a family-owned and operated company that has been producing homemade premium ice cream for over 70 years and is hailed as being Southern New Hampshire's favorite treat. Hayward's Ice Cream opened its first ice cream stand in 1940 and has grown into one of the state’s best-selling ice cream companies. Today, the company has several cafés around the state selling a variety of delicious flavors of ice cream, along with specialty hot dogs, light lunch and dinner options, kid’s meals, and weekly specials.

Founded in 2013 by three former US Army Officers and named for the rallying support of Ebenezer Mudgett during the Pine Tree Riot in 1772, Able Ebenezer Brewing Company is a locally owned microbrewery that produces signature beers such as the Auburn Ale (American Red), Broad Arrow IPA, and Burn The Ships (Smoked IPA). Located just off the Daniel Webster Highway in Merrimack, the brewery has a modern tasting room that offers guided tastings of the brewery’s beers, two-liter growlers, kegs, and flights of brews to take home, and live music and entertainment like trivia nights throughout the week. Able Ebenezer Brewing Company is open Wednesday through Sunday for tastings.

"7 Best Things to Do in Merrimack, New Hampshire for Locals & Tourists - Restaurants, Hotels" Back to Top or Beautiful places near me, what to do, restaurants for breakfast, travel guide, nearest beach

7 Best Things to Do in Merrimack, New Hampshire

You are reading "7 Best Things to Do in Merrimack, New Hampshire " Back to Top

15 Best Things to Do in Nashua, NH

20 of the Most Beautiful Mountains in New Hampshire

15 Best Things to Do in North Conway, New Hampshire

19 Best Things to Do in Portsmouth, New Hampshire