NC Things to Do: Cape Hatteras Light Station in Buxton 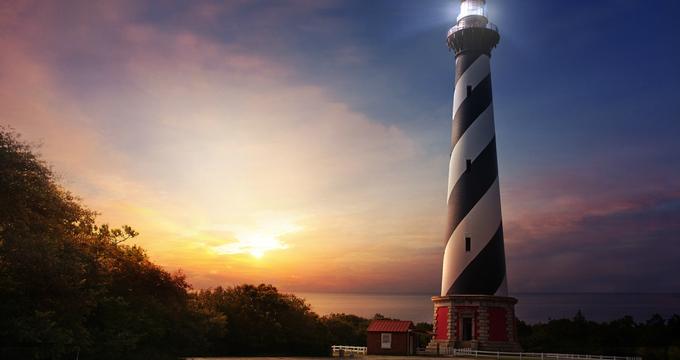 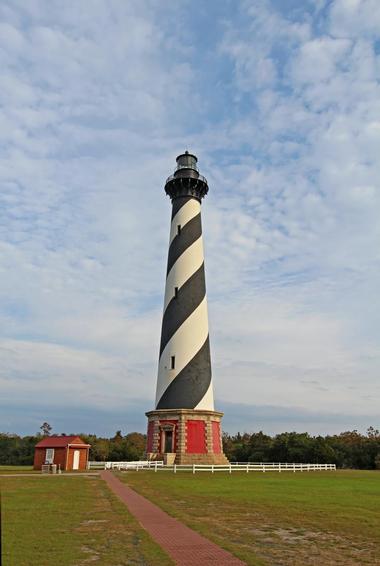 The Cape Hatteras Lighthouse was commissioned to be built by Congress in 1974 when they recognized the danger posed to southern bound Atlantic shipping. Construction on the lighthouse began in 1799, which was made from sandstone and stood 90 feet tall. The first lamp, which was powered by whale oil, was lit in 1803.

In 1853, after discovering the lighthouse was ineffectual due to being too short and made of unpainted sandstone that blended into the background, the Lighthouse Board decided to add 60 feet to the height of the lighthouse and paint it red and white for better sighting. The tower was retrofitted with a first-order Fresnel lens, which both reflection and refraction to channel light, thus creating a stronger beam.

By the 1860s, the lighthouse was in dire need of extensive repairs once again, and renovations began in 1868, which included being painted in the famous black and white stripe daymark pattern and receiving a light sequence (night mark). The new lighthouse donned a conical design rising from a granite and brick base. The tower light was made from iron and glass and was lit on December 1, 1870. The lamp was later electrified in 1934, providing rotating power and a photocell that turns the light on and off.

The Cape Hatteras Lighthouse was decommissioned in 1935 due to the threat of beach erosion and transferred to the National Park Service a year later where it became part of the nation’s first National Seashore. A massive storm in 1980 swept the remains of the original lighthouse away, after which the Cape Hatteras Light Station was moved to its present location. Today, the tower lies 1,500 feet from the seashore, along with the Principal Keeper’s Quarters, the Double Keepers’ Quarters, the oil house, and the dwelling cisterns. The National Park Service currently maintains the lighthouse and the keepers’ quarters and the U.S. Coast Guard operates and maintains the automated light.

Today, the Cape Hatteras Lighthouse stands at the height of 210 feet tall, making it the tallest brick lighthouse in the world. The light beam from its modern aerobeacon flashes every 7.5 seconds or eight flashes a minute and reaches 19 nautical miles. The last keeper of the lighthouse was Unaka Jennette who closed the light tower due to erosion in 1936. 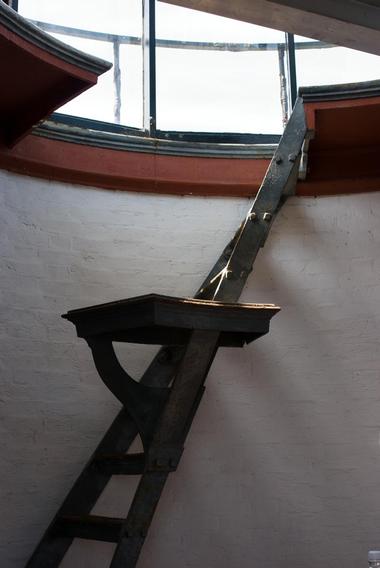 The Cape Hatteras Light Station is located near Cape Hatteras, which is roughly in the middle of Cape Hatteras National Seashore and is open to the public for self-guided climbs and tours from the third Friday in April to Columbus Day in October. The Cape Hatteras Lighthouse has 257 steps from the ground to the balcony level with a handrail on one side only and a landing every 31 steps. School Group Climbs and Full Moon Tours need to be booked in advance.

Back to: NC Lighthouses, Things to do in North Carolina


NC Things to Do: Cape Hatteras Light Station in Buxton

Where to Stay in Charlotte, NC - 6 Best Romantic Getaways

23 Best Things to Do in Winston-Salem, North Carolina