12 Best Things to Do in Jefferson City, Missouri 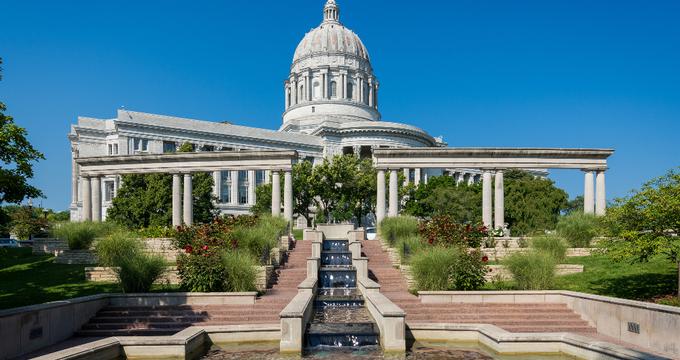 Jefferson City is the beautiful capital city of the state of Missouri, serving as the county seat of Cole County. The city is named in honor of third United States President Thomas Jefferson and is home to all of the state's historic capitol buildings, including its National Register of Historic Places-listed State Capitol and Missouri Governor's Mansion. Visitors can explore those historic buildings and others, including the preserved buildings of the Jefferson Landing State Historic Site, as part of guided tours throughout the year offered by several organizations. Civil War figures are interred at the Jefferson City National Cemetery, which is overseen by the United States Department of Veterans Affairs. CDC information for travelers. Hours/availability may have changed. 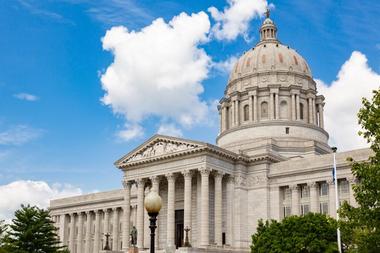 The Missouri State Capitol is one of Missouri's most noted architectural achievements, listed on the National Register of Historic Places as part of the Missouri State Capitol Historic District. The lovely building is the third state capitol building constructed in Jefferson City, originally designed by New York City architects Tracy and Swartwout in 1917. The building is home to the legislative and executive branches of the state's government, along with the chambers of the Missouri General Assembly. Iconic architectural elements include the capitol's beautiful dome, which reaches heights of 238 feet and showcases a gorgeous bronze state of Roman goddess Ceres. Visitors can explore the building's State Museum or view interior areas as part of guided tours throughout the year. 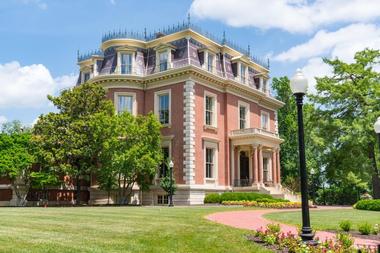 The Missouri Governor's Mansion is a beautiful Neo-Renaissance building in Jefferson City that has served as the residence of every state governor since its construction in 1871. The stunning building is located within the Missouri State Capitol Historic District and has been listed on the National Register of Historic Places since 1969. It sits atop a bluff overlooking the majestic Missouri River and showcases gorgeous design elements by architect George Ingham Barnett, best known for his work at the Missouri Botanical Garden. Striking interior and exterior design elements include a lovely mansard roof, four pink granite columns, and a walnut grand stairway within the mansion's interior foyer. Free guided tours are offered during select times throughout the year for walk-in groups of less than 10 participants.

You are reading "12 Best Things to Do in Jefferson City, Missouri" Back to Top 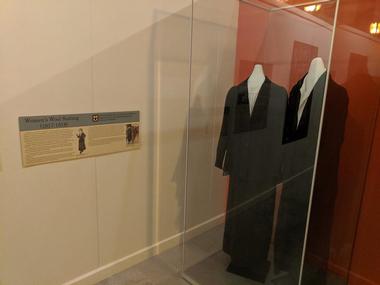 The Missouri State Museum is the premiere history and cultural museum of the state of Missouri, originally founded in 1919 and located today within the city's state capitol building. The museum strives to explore the state's history and resources through a variety of visitor exhibits, including exhibits with hands-on and interactive elements for visitors of all ages. More than 30,000 artifacts are showcased throughout the museum's collections, including the state's largest collection of Civil War and World War I flags. A variety of educational programming is offered by the museum throughout the year, including workshops and field trip programming for area students. The museum also operates public guided tours of the capitol building throughout the year for individuals and small groups.

You are reading "12 Best Things to Do in Jefferson City, Missouri" Back to Top 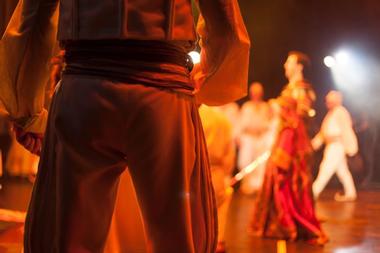 The Miller Performing Arts Center is a lovely performing arts center that is owned and operated by the Jefferson City Public School District, showcasing concerts, theatrical performances, and lectures for the community throughout the year. The venue was originally opened in 1926 as the Jefferson City Junior College and has offered educational programming for Jefferson City Schools and the Instructional Resource Center. It was completely renovated in 2005, showcasing state-of-the-art acoustics and intimate theater seating. Annual special events include a lecture series presented by the Halo Foundation, along with school theatrical performances presented through the school district's programming.

You are reading "Fun Things to Do in Jefferson City, Missouri this Weekend with Friends" Back to Top or More places to see near me today, what to do, weekend trips 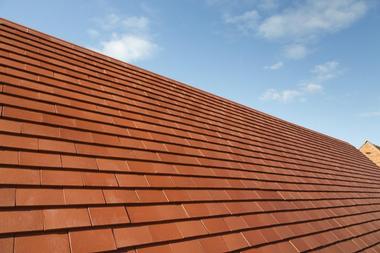 
Jefferson Landing State Historic Site is a lovely historic district that is overseen by the Missouri Department of Natural Resources, spanning several historic properties in Jefferson City that are listed on the National Register of Historic Places. The district is home to the 1839 Lohman Building, which was once used as a grocery store, tavern, hotel, and civic meeting place. Across the street, the 1855 Union Hotel and the Christopher Maus House preserve excellent examples of 19th-century architecture, both formerly owned and operated by Charles and Christoper Maus. All three buildings were fully restored as part of the United States' bicentennial celebration in 1976. Visitors can explore the historic buildings daily between March and December and view exhibits on the region's cultural and architectural history.

You are reading "What to Do in Jefferson City, Missouri this Weekend" Back to Top or Restaurants near me, stuff to do near me 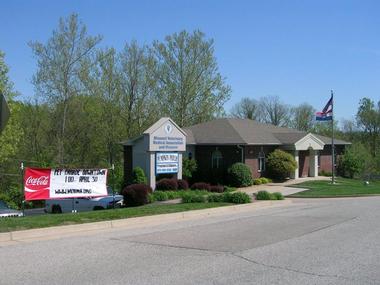 
The Veterinary Medical Foundation Museum is one of Jefferson City's most unique museums, showcasing exhibits devoted to the history, science, and practice of veterinary medicine in the United States. The family-friendly museum showcases a collection of more than 1,000 veterinary artifacts dating back as far as the 16th century, including displays of veterinary encyclopedias and medical instruments. Visitors can peruse artifacts such as horse dental instruments from the collection of L.D. LeGear or items from the ledger of Paul Paquin, the state's first certified veterinarian. Military veterinary artifacts are also showcased, along a collection of animal patent medicines and a recreated small animal surgery site.

You are reading "Top Romantic Tourist Attractions in Jefferson City, Missouri" Back to Top or More must do for couples, what to do near me, places to visit this weekend

Where can I go for top-rated things to see near me, fun things to do today, with toddler, social distancing, places near me, stuff to do near me, rentals, beach and last minute resort ideas for couples: Charleston WV, Pensacola, Baton Rouge, Colorado Springs, Dayton OH, Dauphin Island, Provincetown, New Orleans, Philadelphia, UT, AZ, From NYC, CO 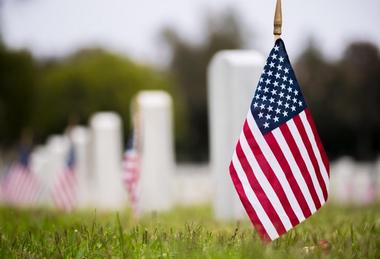 Jefferson City National Cemetery is an historic United States National Cemetery in Jefferson City, overseen and administered by the United States Department of Veterans Affairs and Jefferson Barracks National Cemetery. The two-acre cemetery has interred regional soldiers since 1861, following the American Civil War. In 1867, it was designated as a National Cemetery, and in 1998, it was listed on the National Register of Historic Places. Today, it retains many of its original design features, along with newer features such as a monument to the 39th Regiment of Centralia, Missouri. Notable burials at the cemetery include Logan Bennett, one of the founders of African-American college Lincoln University.

You are reading "What is There to Do with Kids in Jefferson City, Missouri" Back to Top or More tourism, attractions for couples, food, things to see near me today 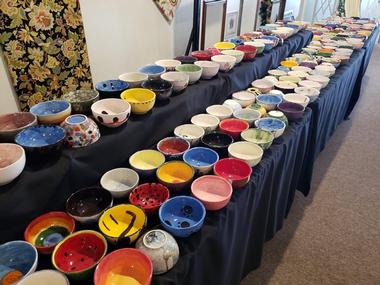 Capital Arts Gallery is a lovely public art gallery in Jefferson City that has hosted nonprofit art exhibitions throughout the year since 2009. The gallery hosts nine annual exhibitions, showcasing the works of hundreds of regional and national artists working in a variety of media. Student enthusiasm for art is supported by the Art in a Suitcase program, which offers art education related to the works of 19th and 20th-century artists. An annual citywide Gallery Crawl event is free and open to the public, presented along with bimonthly Arts Stroll events that open the gallery's halls to community members. Studio workshops offered throughout the year highlight topics such as painting and bookmaking. 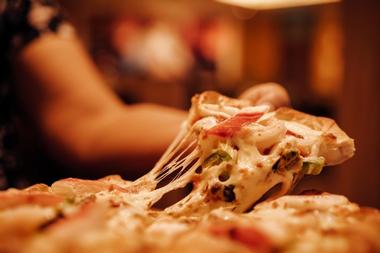 Arris' Pizza is a favorite local pizza chain serving up delicious Greek and Italian-style entrees throughout the Jefferson City region. The restaurant was originally founded in 1961 by Arris Pardalos and has now become a beloved Midwestern institution, offering several locations, including a Jefferson City location. Diners can enjoy specialty pizzas served up with Greek-inspired themes, including the Apollo, which pairs Canadian bacon and jalapenos, or the Venus, which pairs gyro meat with Roma tomatoes. Build-your-own pizza options are also available, along with an extensive menu of pasta, sandwich and sub, and traditional Greek-style dinner options.

"Best Things to Do in Jefferson City, Missouri for Locals & Tourists - Restaurants, Hotels" Back to Top or Beautiful places near me, what to do, restaurants for breakfast, travel guide 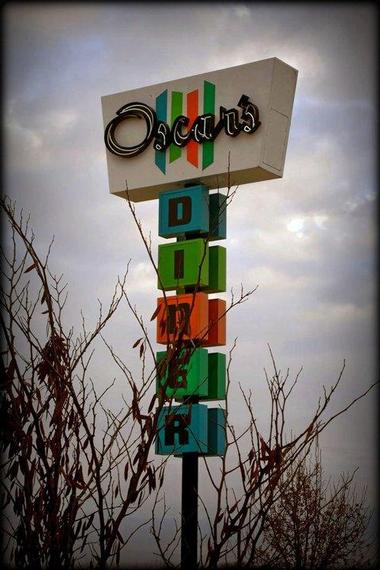 Oscar's Classic Diner is a local favorite restaurant in Jefferson City, originally founded in 1948 as a classic steakhouse by its namesake owner. The restaurant is helmed today by Oscar's son Kurt and the restaurant's former chef Robert Mankin, reopened with new direction in 2004. 1950s-style decor is showcased throughout the restaurant, including historic photos and pop culture memorabilia. In addition to the restaurant's classic juicy hand-cut steaks, diners can enjoy a full menu of American-style comfort fare, including country fried steak, beer-braised brisket, and classic fish and chips platters. All-American sandwich plates are also served up, including delicious creative burger options. 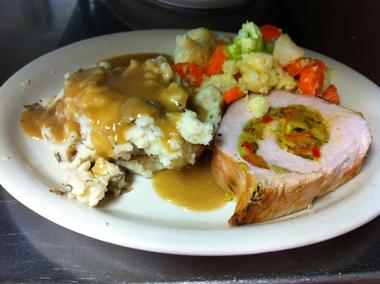 Ecco Lounge Restaurant is the oldest operating restaurant and lounge in Jefferson City, originally opened in 1858 and constructed in its current form in the 1890s. Its current business name comes from former owners Earl and Kay Childers, who purchased the restaurant in 1945. Since 2008, it has been helmed by restaurateur Sally Powell, showcasing a delicious menu of old-school tavern entrees and American pub fare. Diners can select from delicious fare such as bruschetta chicken, ahi tuna steaks, or breaded shrimp platters, paired alongside pub favorites like fish and chips or pork tacos. A wide range of artisanal burgers and sandwiches are also served, along with fun shareable appetizers like German potato nachos and soft pretzel sticks. A rotating selection of craft beers are served up on tap, along with a menu of fine international wines.

"New cool stuff to do in Jefferson City, Missouri" Back to Top or Romantic Getaways, Wedding Ideas close to me this weekend, honeymoon, anniversary Ideas, fun places near me 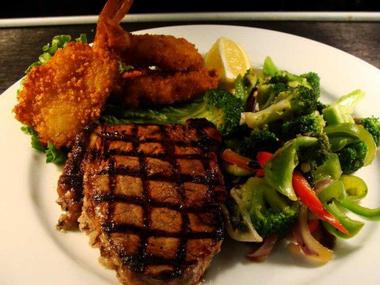 Ria's Restaurant is a charming Greek-style restaurant that is owned and operated by married duo Ria and Chris Totsikas, the owners of popular restaurant Pizzaria Napolitana. The couple, who moved to the Jefferson City region from Greece in 1974, opened the restaurant in 2008 as a third location of their popular chain, offering a unique menu of Greek and American dining options. Diners can enjoy traditional Greek favorites like gyro or souvlaki platters, along with pita sandwiches stuffed with chicken, steak, or gyro meat. Original-recipe Pizzaria Napolitana pizzas are also served up, along with elegant pasta, steak, and seafood entree options.

12 Best Things to Do in Jefferson City, Missouri

You are reading "12 Best Things to Do in Jefferson City, Missouri " Back to Top

16 Best Things to Do in Independence, Missouri

8 Best Things to Do in Chesterfield, Missouri

4 Best Things to Do in Ballwin, Missouri

10 Best Things to Do in Joplin, Missouri