6 Best Things to Do in Tunica, MS 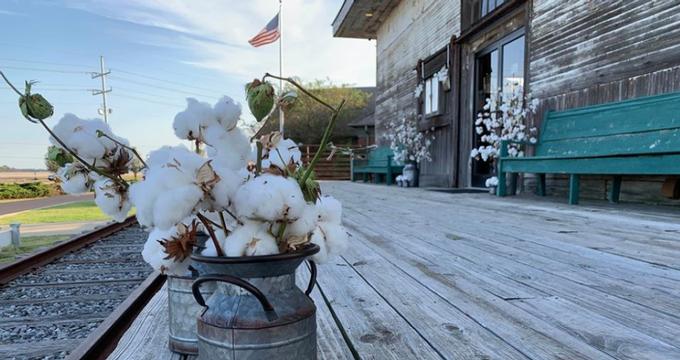 Tunica is a town in Tunica County, Mississippi, near the Mississippi River. Until the early 1990s when casino gambling was introduced in the area, Tunica had been one of the poorest places in the country. Since 1990, the town became known as the location of a number of casinos near the Mississippi River. The currently existing casinos are now part of Tunica Resorts, located just outside the Tunica downtown. The Tunica Museum is a history museum founded in 1997 and great place to learn about the town past. Horseshoe Casino is a modern casino hotel in Tunica, Mississippi, about 30 from Memphis. It was developed by Jack Binion, and named after his father's famous Binion's Horseshoe gambling hall. The Horseshoe Tunica is known as a place for serious gamblers, especially table games players, but it also offers the latest in slots and video poker. The casino is known for its liberal rules and its comp policies. The hotel rooms are modern, with cozy sitting areas, coffeemakers and flat-screen TVs. Upscale 15th-floor suites have magnificent Mississippi Delta views, separate bedrooms and wet bars. Guests enjoy a live music venue hosting big-name acts, five restaurants, an outdoor pool and a gym. Gold Strike Casino is a laid-back casino hotel in Tunica, Mississippi about four miles from the Tunica Convention & Visitors Bureau and 20 minutes from Memphis. The resort was originally opened as Curcus Circus in 1994 and it looked like a circus tent. After the 1997 total renovation, the resort has 1,133 spacious, modern rooms and 125 suites, the conference and convention center, the Courtyard Buffet, the Atrium Café, award-winning Chicago Steakhouse restaurant, a nightclub Red Door; a spa, the 800-seat Millennium Theater; and 50,000 square feet of gaming space with 52 table games and more than 1,400 slot machines. The resort is 31 stories tall and is one of the most recognizable buildings in Tunica. The Tunica Roadhouse Hotel is a hotel and spa located in Tunica Resorts, Mississippi, about 30 miles from Memphis. Until the casino part of the property closed in January 2019, Roadhouse was one of three casinos located in Casino Center. The all-suite hotel has 134 suites, all of which feature a whirlpool bathtub. Two restaurants and a buffet are also on the premises. Comfortable suites have pillow-top mattreses, coffeemakers and minifridges. Upgraded suites have separate living rooms, wet bars and pool tables. Guests enjoy a bar with free concerts, an informal diner, an event space, on-site shopping and access to an outdoor pool at a nearby hotel. 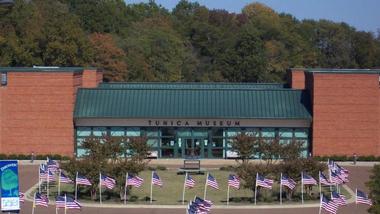 The Tunica Museum is a history museum in Tunica, Mississippi founded in 1997 by casino gambling revenues. It has 6,500 square feet of permanent exhibit space and 1,600 square feet of space for temporary exhibits. The museum focuses on historic aspects of the region such as race relations, Native American settlements, and the daily lives. The entrance is free and there are self-guided tours. The main permanent exhibits trace the history of Tunica County. The first room in the museum is designed to looks like a forest and has models of wildlife indigenous to the area such as birds, bobcats, and a lifesize black bear. In the next room is an exhibit of the mound-building Indians, including the Tunica people. The museum also describes the early exploration by the Spanish. Besides the historical exhibits, there are displays of a cotton bale and samples of rice, soybeans, and corn directly from the farm fields. 
1st Jackpot Casino Tunica (formerly Bally's) is a casino and former hotel in Tunica, Mississippi. It is owned by Gaming & Leisure Properties .The casino has 46,535 square feet of gaming space, with 899 slot machines and 16 table games. In May 2017, Bally's and Resorts Tunica were sold to Gaming & Leisure Properties, the casino was renamed in September 2017 to 1st Jackpot Casino Tunica and the hotel was later demolished. '1st Jackpot Casino now sets the standard for high-rolling gambling on the Mississippi River. Designed in a vintage 1800s’ Delta theme, the timber and rich velvet seats bring to life opulent eras of America’s past. 
The Blue and White is a tiny, narrow diner in Tunica, Mississippi that looks like it is in a time warp and has been transported from the early 20’s, with blue and white tiles, blue chairs and white formica tables. The diner was originally established in 1924 on Route 61 in downtown Tunica, near the railroad station. In its early days, the diner included a tobacco and newsstand, a service station, a Greyhound bus stop and a full-service restaurant. The kitchen still produces the kind of food the old diner offered - a true Southern style cooking with such old-time favorites as Chicken Livers with Gravy, Country Style Steak and Catfish Creole.

6 Best Things to Do in Tunica, MS

25 Best Casinos in the United States

14 Best Things to Do in El Cajon, California

8 Best Things to Do in Bensalem, PA

25 Best Places to Visit in Boston