6 Best Things to Do in Ocean Springs, MS 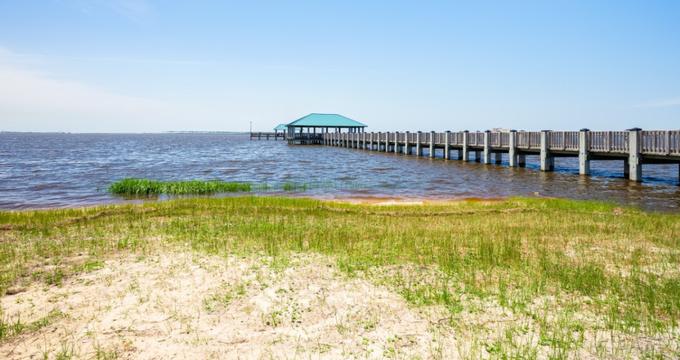 Ocean Springs is a city in Jackson County, Mississippi, about two miles east of Biloxi. It is part of the Pascagoula, Mississippi Metropolitan Statistical Area. It is known as an arts community. It has a charming historic down town area, where streets are lined by live oak trees, and are home to art galleries and shops. The Walter Anderson Museum of Art was established in 1991 to preserve the works of the painter Walter Inglis Anderson. Gulf Islands National Seashore was created to provide recreation opportunities and to preserve natural and historic resources of mainland areas and certain parts of seven islands. The Mississippi Vietnam Veterans Memorial is a tribute to the men and women who served in the Vietnam War. Pershing Square, located in front of The Mary C. O’Keefe Cultural Center, consists of scores of engraved bricks honoring the Veterans who have served the country for the past 100 years. 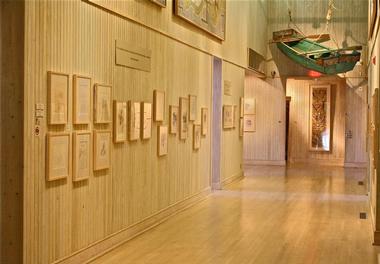 The Walter Anderson Museum of Art is located in Ocean Springs, Mississippi. The museum was dedicated in 1991 to preserve the works of Walter Inglis Anderson, known for his paintings of animals, plants and people, and his brothers Peter Anderson, a potter and James McConnell Anderson, painter and ceramist. The museum was the result of the initiative of the Friends of Walter Anderson, an organization chartered in 1974. The museum was built on Washington Avenue in Ocean Springs. The land was leased from Jackson County. The architect Edward Pickard designed the building in the style of the Shearwater compound. The Museum includes the public side that showcases Walter Anderson's artwork, the Ocean Springs Community Center Murals, and the private Little Room, which showcases art treasures discovered after the artist’s death in 1965. 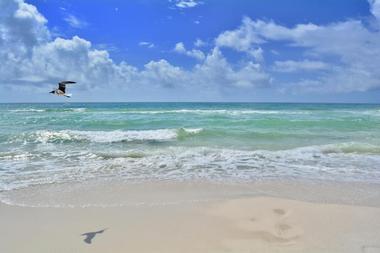 Gulf Islands National Seashore is a protected area along the Gulf of Mexico barrier islands of Florida and Mississippi created to provide recreation opportunities and to preserve area’s natural and historic resources The protected areas include mainland areas and certain parts of seven islands. The Mississippi District of the seashore includes natural beaches, wildlife sanctuaries, historic sites, islands that are accessible only by boat, bayous, picnic areas, nature trails and campgrounds. The Davis Bayou Area is the only part of the Mississippi part of the National Seashore that is accessible by cars. Petit Bois, Horn, East Ship, West Ship, and Cat islands are only accessible by boat. The 4,080 acres Gulf Islands Wilderness, located within the seashore, has additional protection for parts of Petit Bois Island and Horn Island, Mississippi. 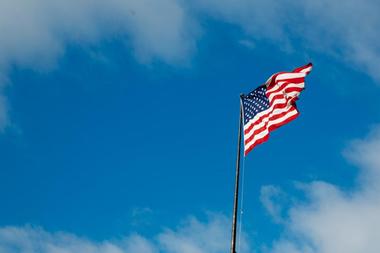 The Mississippi Vietnam Veterans Memorial is a magnificent black granite memorial built in 1996 as a tribute to the men and women who served in the Vietnam War. Located on the grounds of the Ocean Springs Civic Center, the monument consists of two black granite walls that face each other, engraved with the names of the 668 Mississippian soldiers killed in the war. There are also photographic images of many of the listed soldiers that are laser-etched into the granite. The memorial is surrounded by concrete limestone walls. The Memorial Site also includes the main mast of the USS Mississippi CGN-40. 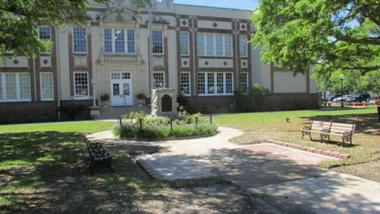 The Emile Ladnier American Legion Post 42 of Ocean Springs dedicated Pershing Square on April 9 2016. Pershing Square, consisting of scores of engraved bricks honoring the Veterans who have served the country for the past 100 years, will surround the World War 1 Emile Ladnier Monument in front of The Mary C. O’Keefe Cultural Center located at 1600 Government Street in Ocean Springs, Mississippi. The square is named after General John J. Pershing, commander of U.S. Forces in World War I. Pershing Square honors not only General Pershing, but also veterans, living and deceased, from WW I, WW II, Korea, Vietnam and Mid East Wars Era who served in the Military, Reserves , National Guard , Coast Guard, and the Merchant Marine. 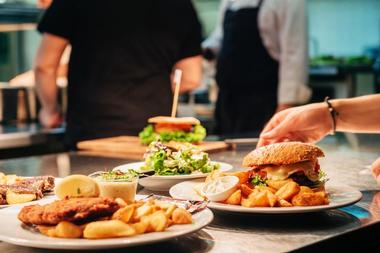 
Owned and operated by local Chef Patsy Switzer and her husband John, Lagniappe is an upscale restaurant in Ocean Springs, Mississippi offering catering services, private events and "occasional dining" several times a year by invitation only. The restaurant is located in a 100-year old converted residence and has a cozy, homey atmosphere of a private home full of period furniture. The restaurant opens its doors on major holidays and those on their mailing list get private invitation. The food, with Creole Cajun and French influence, is mostly served buffet style. There is a full bar and extensive wine list. 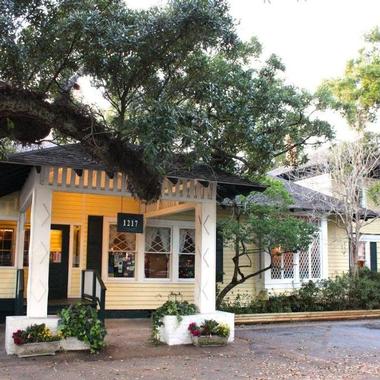 
Aunt Jenny’s Catfish Restaurant is a family-owned eatery located in a beautifully restored historic Antebellum 1800’s house. Spacious bright dining room has old-fashioned vibe with wainscoting, ceiling fans and floor to ceiling windows overlooking ancient oak trees and beautiful Fort Bayou. The menu is simple – freshest catfish and shrimps in all shapes and forms, with local draft beer and soft drinks. The policy is All You Can Eat. After dinner, guests can stop downstairs at the Julep Room Lounge located in the building’s cellar for some mixed drinks and good music. There are live bands every weekend. The Chickadee Nest gift shop in the lobby offers original gifts, party supplies and handmade pottery made by local artists.

6 Best Things to Do in Ocean Springs, MS

10 Best Things to Do in Hattiesburg, Mississippi

15 Best Things to Do in Oxford, MS