Things to Do: Comedy Shows in Minneapolis 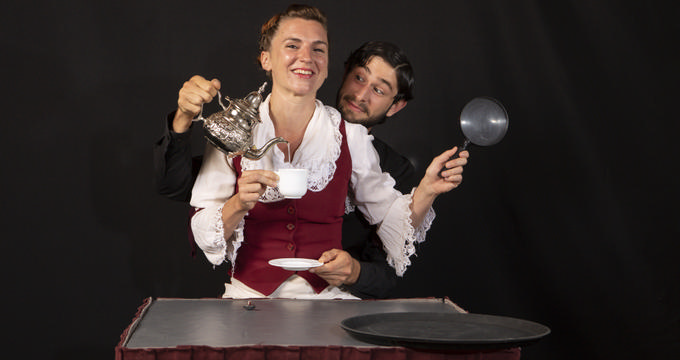 The biggest of the Twin Cities and the largest city in the state of Minnesota overall, Minneapolis is well known for its thriving night life, strong performing arts and music scenes, and diverse culture. In fact, Minneapolis is second only to New York City in terms of live theater per capita, with many different performing troupes and productions to be found and enjoyed all around the city, including plenty of great comedy shows.

The Twin Cities have always a really strong comedy scene, rivaling even the likes of New York City and Chicago. Mitch Hedberg, for example, was born in the area, while the likes of Maria Bamford and Nick Swardson honed their skills in the clubs and theaters of Minneapolis. A lot of new Minneapolis comedy talent has been rising up the ranks recently too, so there's always something new and exciting to see in this city. Things to Do in Minneapolis

There are plenty of great comedy shows and clubs to check out in Minneapolis and the surrounding Twin Cities area. You’ll never be short on laughs in this city and every evening is filled with comedy options. Here are some details on a few of Minneapolis’ top rated comedy shows and hotspots.

Heroes of the stage like Nick Dipaolo, Dana Gould, and Hannibal Buress have appeared here over the years and open mic nights are also held every single Monday, meaning there's always a wide range of talent to see and appreciate on the stage of the Acme. So whether you want to catch a stand-up show from an established national star or catch the next big thing before they break out, this is the place to be.

Known as one of Minneapolis' premier chill out spots, The Corner Bar is a great place for people to come together and simply spend some quality time in a comfortable setting. Games are shown on big screen TVs all around the room and a wide variety of drinks and snacks are served, as well as some top rate comedy shows.

Every Thursday, Friday, Saturday, and Sunday night, the Comedy Corner Underground shows are held here, some of which are fully free to spectate. Due to this bar's location near the University of Minnesota, it's a big hit with students but all sorts of people make up the lively comedy crowds at this popular joint. Open mic shows and contests are held on a regular basis too.

Located in the world famous Mall of America, Rick Bronson's House of Comedy is the perfect place to chill out and enjoy an evening of laughter after a long day of mall store shopping. Top touring comedians from major TV networks all feature at this venue, with shows running every single day.

The likes of Bobby Lee, Jay Pharoah, Bryan Callen, and many others have appeared on the House of Comedy stage in recent years and this is definitely one of the top spots to come if you want to see recognizable, well-known comedians performing their latest and greatest material. Special events and happy hours are held each week too and the venue also provides some really tasty snacks and a wide range of drinks.

Located in downtown Minneapolis, you might not immediately think that Dulono's Pizza could be such a great comedy joint. On the outside, it looks like a regular pizzeria, but this place is well-known to Minneapolis locals as a great spot to see some hilarious comedy shows. Live music and karaoke shows are held at this lively joint each and every week, with regularly scheduled comedy shows featuring aspiring local talents also providing a lot of amusement.

Open mic nights are held every other week as well, giving anyone with a quick wit a chance to show off their comedic timing talents and try to make the diners laugh. If you’re looking to combine tasty food with equally delicious comedy, this is the place to be.

20 Best Things to Do in Mankato, MN

19 Best Things to Do in St. Paul, Minnesota

23 Best Things to Do in Rochester, Minnesota

7 Best Things to Do in Grand Portage, Minnesota