8 Best Things to Do in Anoka, MN 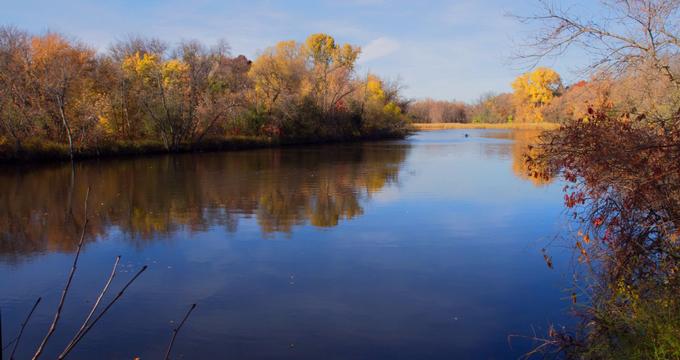 Anoka's name was derived from two Dakota words, 'meaning 'on both sides', referring to the city's position at the confluence of the Rum and Mississippi Rivers. It is also known as the Halloween Capital of the World. In the 1920s, a city-wide Halloween party was held in an attempt to prevent individual pranksters from playing tricks. The ploy worked and the party became an annual event. In 1937, by an act of Congress, Anoka was awarded its title. The festival attracted outside attention and soon a week was dedicated to events. It has subsequently expanded to include the whole month of October. 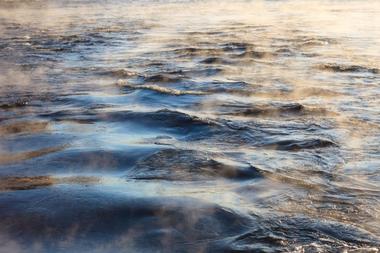 The Rum River meanders for 155 miles, beginning in Mille Lacs Lake and joining the Mississippi at Anoka. In pre-colonial times, the French explorers met local Dakota tribesmen who tried to explain to them that it was a 'spirit' river. The only spirit the French understood was rum so that is how the river got its name. Fur and lumber were sources of income and conflict. Finally, logging became the mainstay of the area. In 1803, the USA claimed the territory and agricultural settlement began. The city authorities of Anoka have sought to create riverside attractions so there are walks and markers telling the history, for example, of the riverboat theatres that entertained the audience on the shore. 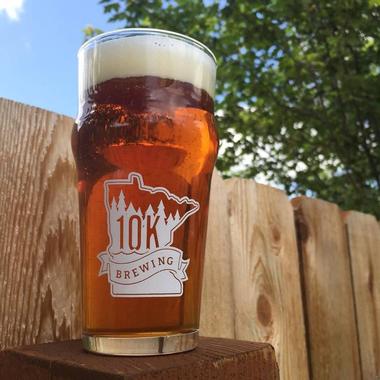 The 10K slogan is 'Nice beer. Nice people.' The name of the company is a reference to the Minnesota 10K Lakes initiative. It is a family enterprise. The building was built by them and the beers are made from their unique recipes. To date, more than 500 batches have been brewed, achieving several awards. There are regular brewery tours and private parties of more than 15 people can be accommodated. 10K Brewing is closed on Mondays. 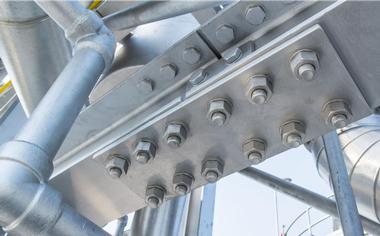 In the late 1920s, when concrete became more readily available and vehicular pressure increased, it was decided to replace the steel bridge across the Mississippi at Akona. The 10 span arch bridge was completed in 1929 and in its Jubilee year was entered into the National Registry of Historical Places. By 1991, the bridge had fallen into disrepair and was threatened with demolition. It was restored, however, and widened from two to four lanes. All the details of the railings and supports were recreated. It is the smallest and most ornate bridge of its type in the Twin Cities area. 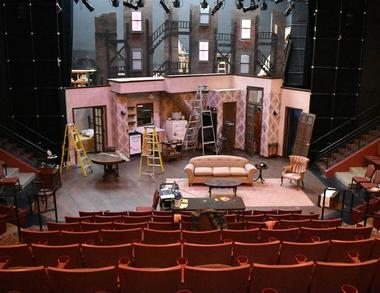 This professional arts company is situated in the heart of historic downtown Anoka. Besides the concert series and 9-10 plays produced each year, the company runs theater workshops, education outreaches, field trips and Summer Theater for 14-18 year olds. It also offers a program for home schoolers and weekday matinees for children. Auditions are held all year round and volunteers are always welcome to help with production. The box office is open weekdays and 90 minutes before each performance. 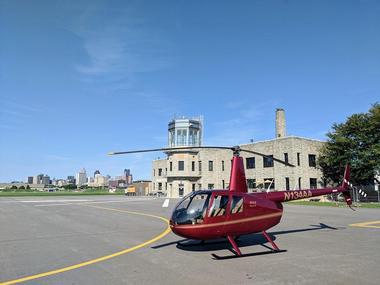 
Minnesota Helicopters offers a range of services in Minnesota, Wisconsin, Iowa and North and South Dakota. For those who always dreamed of learning to fly, trained pilots can tailor lessons to suit any level of experience. The flying tour over the Mississippi can be designed to suit passenger's requirements. Short hops to business meetings or special occasions can also be arranged. In partnership with the Holmans Table restaurant at the airport, Minnesota Helicopters have created a date night package which combines dinner with a flight around the city. They also assist with corporate projects and aerial photography. 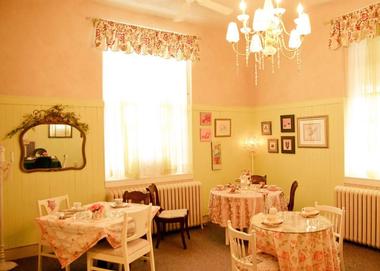 
The Mad Hatter is a quaint restaurant designed as a retreat from life's stresses and strains. It is situated on the River Rum in historic Woodbury House, the second oldest building in Anoka county. Brunches are for everyday and the menu seems endless. Tea Services, typical English high teas, need to be ordered in advance. The restaurant is open 7 days a week but Mondays and Tuesdays are reserved for private events. The annual dad and daughter event is held close to Father's Day. Princess Beauty is the hostess. 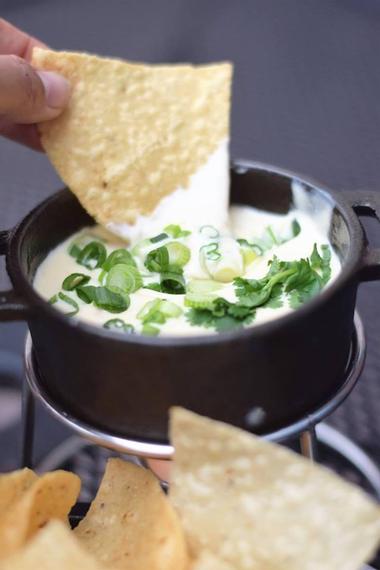 Casa Rio, which means River House, is an authentic Tex-Mex restaurant in the middle of the downtown entertainment sector of Anoka. All the food is made fresh and made fast in this colorful restaurant. There is a full bar and a festive happy hour with daily specials on dinner and drinks. Gluten-free, dairy-free and vegetarian diets are catered for. The large space at the back of the restaurant is ideal for private parties. The restaurant is open 7 days a week and offers a buffet catering service. 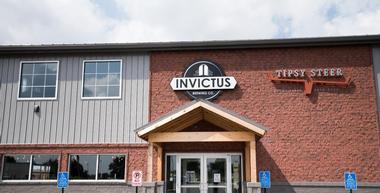 Invictus Beer started when two craft beer hobbyists collaborated and commercialized their idea. Beer brewing is a mixture of art and science and much experimentation with recipes and flavors has gone into the vast range of beers on offer. The brewery is situated next to the National Sports Centre where 4 million sports fans visit annually, for a multitude of events. Invictus collaborates with Tipsy Steer, a fast food outlet on the premises. The venue can seat 200 people. Free tours of the brewery are run at noon on the first Saturday of each month. Many restaurants in the Minneapolis area have Invictus beer on tap.

8 Best Things to Do in Anoka, MN

23 Best Free Things to Do in Minneapolis Year Round

20 Best Things to Do in Saint Cloud, MN

25 Best Things to Do in Stillwater, MN