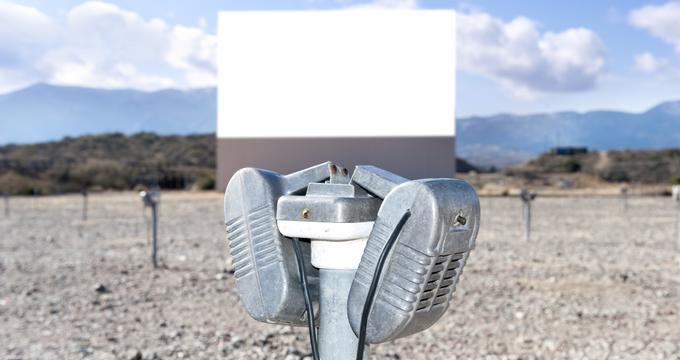 At one point during the 1950’s, the state of Minnesota was home to approximately eighty drive-in movie theaters. Sadly, the majority of these drive-ins are now closed, and now only six drive-in theaters are still in operation throughout the state today. While not many outdoor movie venues are left in Minnesota, visitors and residents of the state alike can fortunately still find a handful of places where they can enjoy a movie from the comfort of their own car, just like people did in the past. CDC information for travelers. Hours/availability may have changed. 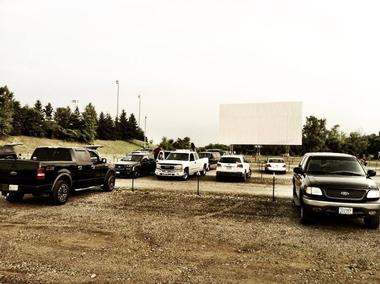 The Elko Drive-in movie theater is one of the newer drive-in theaters within Minnesota, having opened in the year 2014. The outdoor movie venue is situated on the grounds of the Elko Race Track, around thirty minutes to the south from the city of Minneapolis, making the drive-in conveniently located to quite a huge number of people. Current blockbusters hits are show at the theater during the summer months on the weekends. The Elko Drive-in is one of the few drive-in theaters that allow customers to BBQ on the property. There is also a concession stand that serves movie snacks. 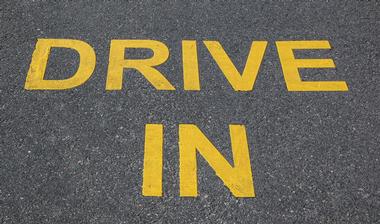 The Vali-Hi Drive-in theater originally opened back in the year 1966. The outdoor movie venue is open seasonally, showing first-run films seven nights a week. The Vali-Hi only accepts cash, so customer may as well leave their credit cards back at home. There is, however, an ATM available on the property if customers forget to bring cash. The grounds of the drive-in also include an arcade where guests can spend time before the movie begins, which features a variety of games, a black-and-white photo booth, and a Mini-Harley for small children to ride. The snack bar serves freshly popped popcorn and other snacks. 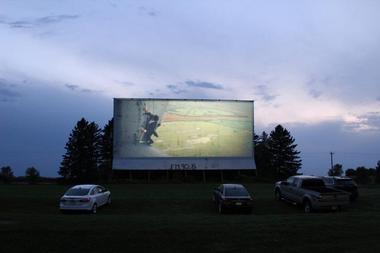 The Starlite Drive-in 5 originally opened back in 1955, boasting just a single screen at the outdoor movie theater at the time. The drive-in closed for over a decade in 1981 due to a lack of business. It remained empty until 1997 when new owners purchased the property. The Starlite Drive-in was restored by the new owners and then re-opened in 1998. During the restoration three more large outdoor movie screens were added. Customers can use cash or checks at the box office and the concession stand, however, not credit or debit cards. Double features are shown on two of the drive-in’s screens. 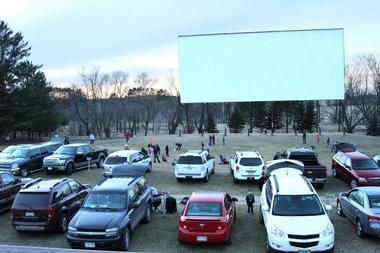 The Long Drive-in Theater is a single-screen outdoor movie theater that first opened back in the year 1956. Open only on the weekends, the drive-in is possibly the only drive-in theater to allow camping on the property. Guests can put up their tents, watch a film, and then settle in for the night and get some sleep. Pets are also allowed at the Long Drive-in as long as they are well behaved and leashed at all times. Outside food, however, isn’t allowed on the property, so customers will need to be enough cash for snacks, especially those who plan on camping.


Located in the town of Luverne, Minnesota, the Verne Drive-in was closed for quite some time, but was restored and the re-opened in the year 2000. Double features of current releases are screened at the drive-in movie theater seven days a week during the outdoor theater’s peak season. The outdoor movie venue doesn’t allow guests to bring in any outside beverages or food onto the grounds of the Verne. Those who are caught doing so will be asked to leave. Credit cards are accepted at the concession stand. Well behaved pets are permitted on the grounds as long as they are leashed. 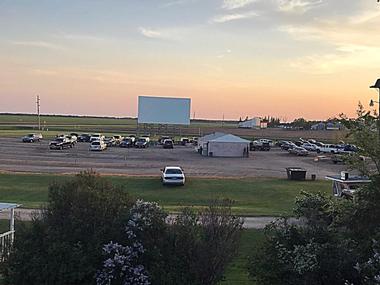 
The Sky-Vu Drive-in is a single screen outdoor movie venue that has a maximum capacity of 180 vehicles for a showing. This make it one of the more intimate, smaller drive-in theaters that still remains in operation in the country. The Sky-Vu is open on a seasonal basis, showing current releases every night of the week during the summer season. The Snack Bar at the drive-in serves a variety of food, as well as an array of candy and drinks. The drive-in theater is located near the border of Minnesota and North Dakota, just minutes away from Grand Forks, North Dakota.

20 Best Things to do in New Ulm, Minnesota

17 Best Things to Do in Bemidji, Minnesota

17 Best Things to do in Brainerd (Minnesota)

25 Best Things to Do in Red Wing (Minnesota)