4 Best Things to Do on Beaver Island, Lake Michigan 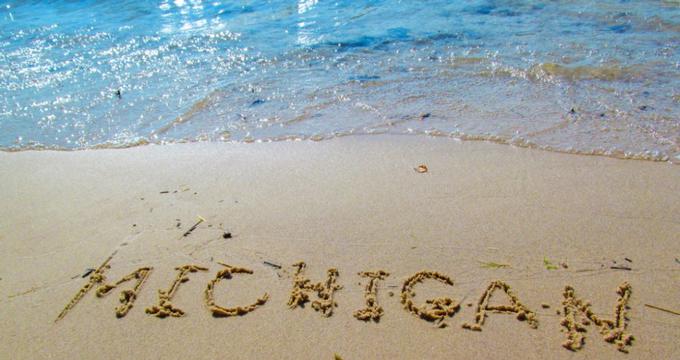 The most remote and largest inhabited island on Lake Michigan, Beaver Island offers fascinating history, unique museums, leisurely strolls on the beach, and more, making the approximately 32-mile trip across the open water from Charlevoix worth the journey. Visitors can bike or hike more than 100 miles of beautiful trails and swim, canoe, or kayak in the water along the beaches of Beaver Island. With a population of around 600 people year-round, the remote island boasts a relaxed, peaceful way of daily life, a place where time slows down. 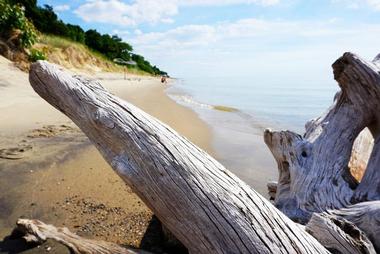 An island on the waters of northern Lake Michigan, located within the state of Michigan, Beaver Island is the largest island in the lake. At 55.8 square miles, it is also the state’s third largest island, after Drummond Island and Isle Royale. Now a popular tourist destination, the island can be reached by ferry from Charlevoix, Michigan and is about a 32-mile trip across the Lake Michigan waters. One part of the island’s interesting history is that it was once home to a unique religious colony ruled by the Strangite Mormon Church’s leader who appointed himself as “King Strang.”

2.Things to Do on Beaver Island, MI: Toy Museum

The Toy Museum is a one-of-a-kind museum in Beaver Island, Michigan. Mary Scholl, a multifaceted artist, has been running this museum near Whiskey Point for many, many years. Overlooking the Harbor and situated in a birch grove, the Toy Museum was designed by Scholl and is full of an expansive number of toys almost to the rafters. Featuring items for collectors and children alike, visitors can find aisles of Disney figurines, candy jars, Star Wars cards, stencils, rubber figures, polished stones, paper dolls, trolls, and cowboys. There are also more than fifty metal trucks and cars from the 1920’s and 1930’s.

, OH -- You are reading "4 Best Things to Do on Beaver Island, Lake Michigan" Back to Top

The Mormon Print Shop Museum was originally built by the followers of James Jesse Strang in 1850 and was used as the local community’s Print Shop. The first newspaper in Northern Michigan was published at this print shop, along with Strang’s Mormon doctrines and religious tracts. Strange led his followers to Beaver Island in Michigan, a place he described to them as “paradise.” He was crowned as King and later mortally wounded in 1856 by two of his former followers. The building is now the Beaver Island Historical Society’s museum and features a room about the Strang and his followers’ story.

4 Best Things to Do on Beaver Island, Lake Michigan

You are reading "4 Best Things to Do on Beaver Island, Lake Michigan " Back to Top

21 Best Things to Do in Saint Lucia