6 Best Things to Do in Port Austin, MI 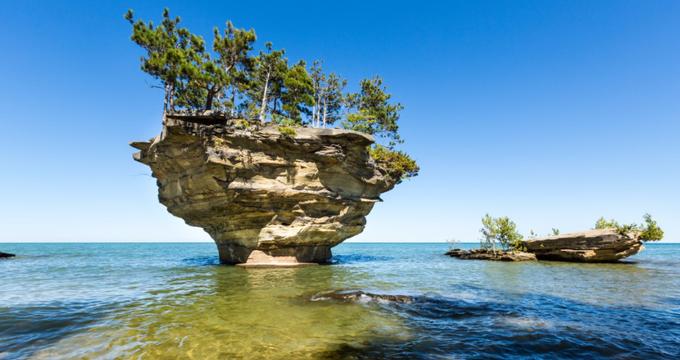 Port Austin is a village at the tip of the Thumb of Michigan. It has a total area of just over a mile square. It is the home of one of Michigan's natural wonders, the Turnip Rock, a sea stack just offshore which has been undercut by waves. The top which is inhabited by trees is substantially larger than the base. It is privately owned and concrete has been cast round the base to prevent further erosion. Port Austin has a short tourism season with four viable months. Besides water related activities, there are opportunities on land to walk, hike, ride horses and cycle. 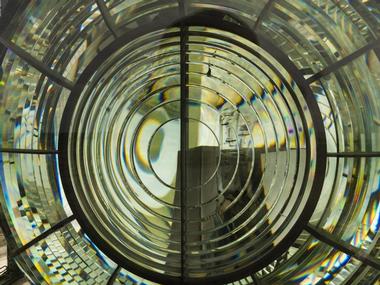 Out on the reef, about a mile from from the coast, stands the Port Austin Reef Light on its own octagonal concrete island. It marks the turning point at the junction between Lake Huron and the Saginaw Bay. The sides of the base are 34 feet each. There are two structures on the base, namely the six-story light tower and the shorter, larger fog signal building. The light is 76 feet above the mean low tide. The light was automated in 1953 and decommissioned in 1979. It was rescued from dismantling and has been placed in the Registry of Historical Places. 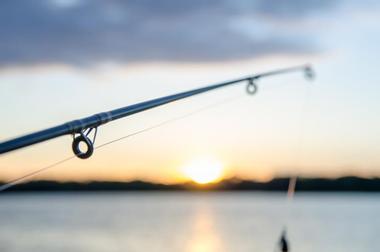 Captain Dennis Cook has 30 years' fishing experience and received his chartering license in 2009. The Fin-Lander is a 31 foot, open Tiara with an enclosed cabin with plenty of seating space. It is fitted with the latest fish-finding technology. Fishermen and -women of all ages and skill level are welcome as Captain Dennis is eager to teach newcomers to the sport. All safety equipment and fishing gear are provided. Fish are cleaned and bagged on the boat. The boat leaves from Frankfort in Lake Michigan for most of August and from Grindstone in Lake Huron for the rest of the season. 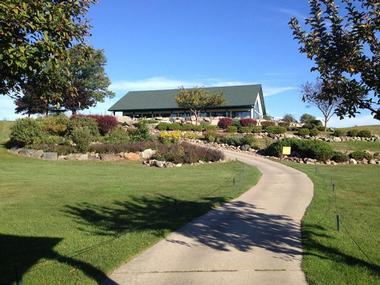 In 1987, the Port Austin Monday Night League conceived a plan to build their own golf course. By July 1990, it had been completed. Funds had been raised by selling 250 times $2000 shares. Local farmers agreed to sell portions of their land and a host of volunteers lent a hand removing rocks and lending earth moving equipment. It is a challenging 18 hole, par 72 course. Eight of the holes run along the Bird Creek and the breezes from Lake Huron blow in three different directions. The course is open to day visitors and group functions. There is a pro shop and pub. 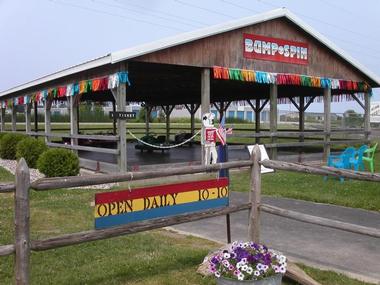 This family-owned business has been in operation since 1963. It has one of the largest go kart tracks in the state of Michigan, with curves, banking and long straights for picking up speed. Children from three years old can participate. They use the same track as adults but at different times. There are rookie, single-seater and double-seater cars, the latter for an adult and child. There are also FAST karts for drivers 16 years and older. Other entertainment has been installed, such as trampolines, basket ball hoops, a putt-putt course and paintball targets. Family Go Karts is open from Memorial Day weekend to Labour Day weekend, weather permitting. 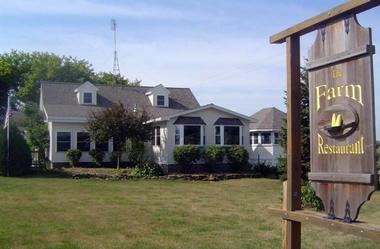 
After attending culinary school and extensive travel through the USA, Europe and Asia, Pamela Gabriel Roth opened her own restaurant in 1994. It is situated in a rambling house in the middle of farmland six miles from Port Austin. Comfort food, made from the finest and freshest, local ingredients is served in a country atmosphere. Everything on the menu is prepared from scratch. Each entree is accompanied by seasonal vegetables, a house salad and homemade bread. This can be followed by a selection from the dessert tray. The Farm Restaurant is open from 5-9pm daily. 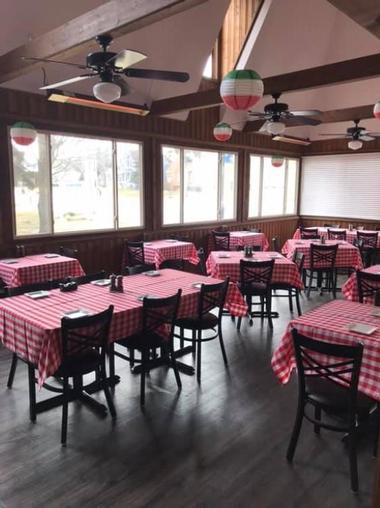 
For the century before this restaurant was opened, the historic red brick building in which it is housed was a bank, a library and a bicycle repair shop. In 1984, the first of the four owners of the enterprise opened its doors to the dining public. The restaurant seats 130 in two separate areas. It is open 7 days a week, for brunch, lunch and dinner in summer, and from Friday to Sunday in spring and fall. In fine weather, seating is available on the sidewalk and once a year the restaurant hosts a Street Party. It is a participating member in the Port Austin Pub Crawl.

6 Best Things to Do in Port Austin, MI

6 Best Things to Do in St. Ignace, MI

25 Best Places to Visit in Detroit on a Date